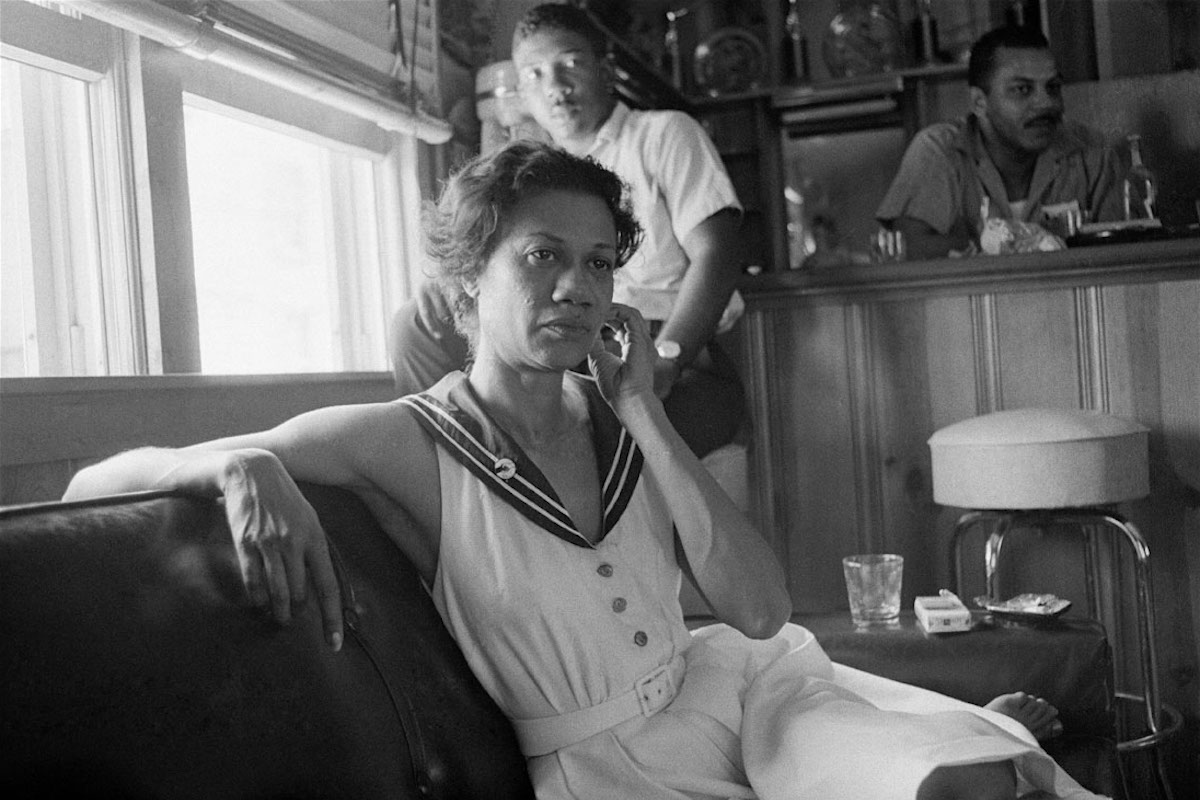 Denise Oliver Velez, Daily Kos
Collection of the Smithsonian National Museum of African American History and Culture, Gift of Howard Greenberg Gallery. Featured Image
I have never forgotten the first time I saw a photograph of a black woman dismissively pushing a National Guard soldier’s bayonet out of her face, and another image of that same woman’s fierce side-eye glare, captured by photographer Fred Ward and now entitled “Soldiers with Bayonets.” That look made a clear statement: “Don’t you dare mess with me.” 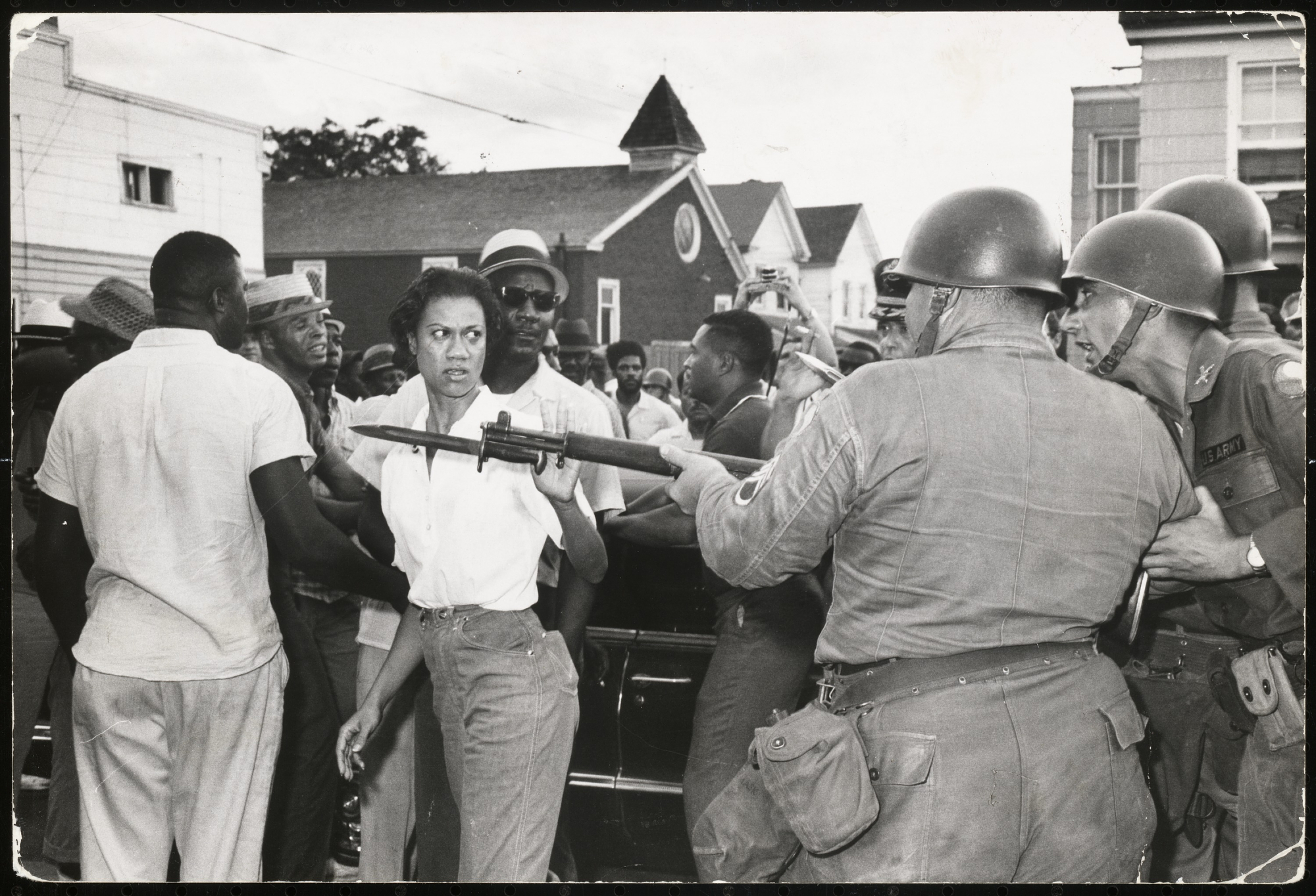 I was reminded of her again just recently, when I saw this tweet:

Historian Joseph R. Fitzgerald is the author of her biography, titled The Struggle Is Eternal: Gloria Richardson and Black Liberation.

Rosa Parks, Harriet Tubman, Sojourner Truth, and more recently Shirley Chisholm get props in media coverage during Black History Month and Women’s History Month. Yet even their stories are often white-washed, watered down, fairly conventional, and often historically incorrect—tailored to make few waves, and make no one uncomfortable. Far too many of my sisters in struggle have gone unsung and rarely documented. Yet in many ways, they have been the backbone of the movement, which continues to this day and into the future.