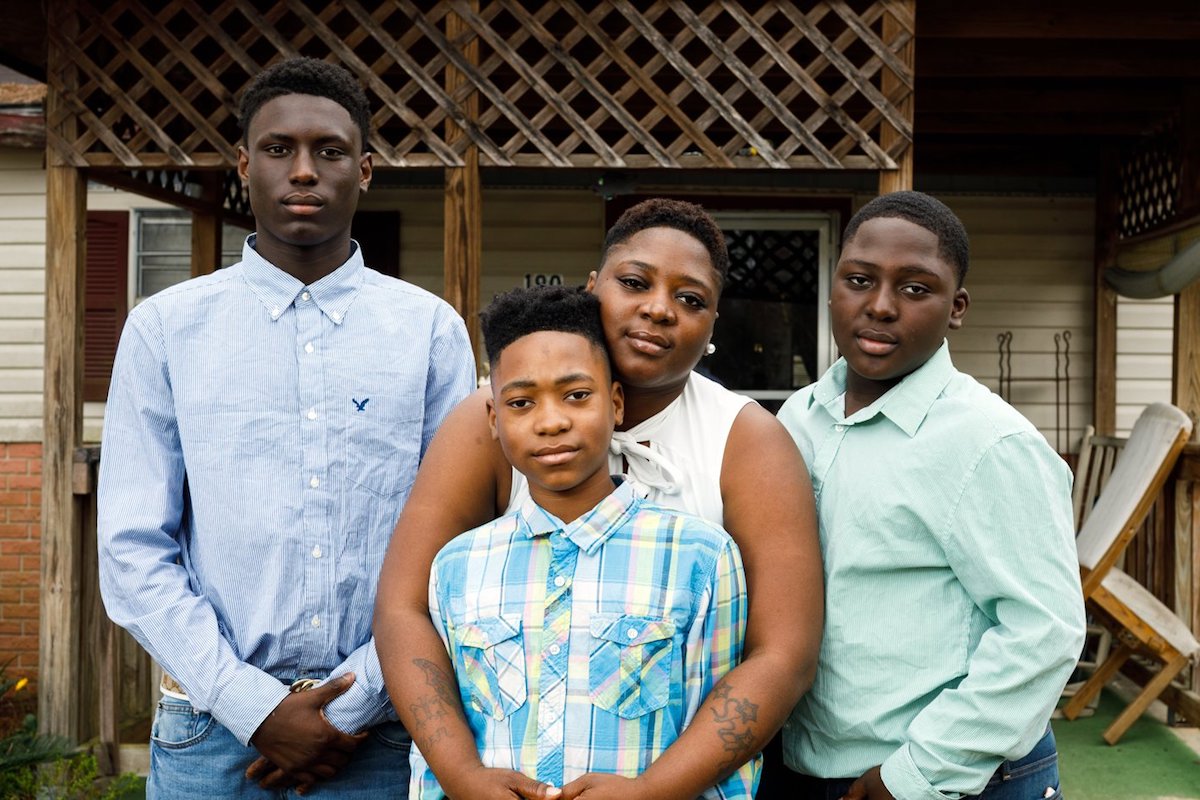 Alana Semuels & PHOTOGRAPHY BY DUSTIN CHAMBERS AND MONICA JORGE, The Atlantic
PHOTOGRAPHY BY DUSTIN CHAMBERS. Featured Image
Shantavia jackson signed her three sons up for football to keep them out of trouble. As a single mother who works the night shift at a Home Depot warehouse 50 minutes away from her house, Jackson relies on the sport to shield the boys from gang activity in her rural Georgia county. They began in a local league five years ago when they were still little, their helmets like bobbleheads on their shoulders. Now 11, 12, and 14, they play in games across the region. Jackson says she passed up a daytime shift at Home Depot so that she can drive them to games and cheer them on. 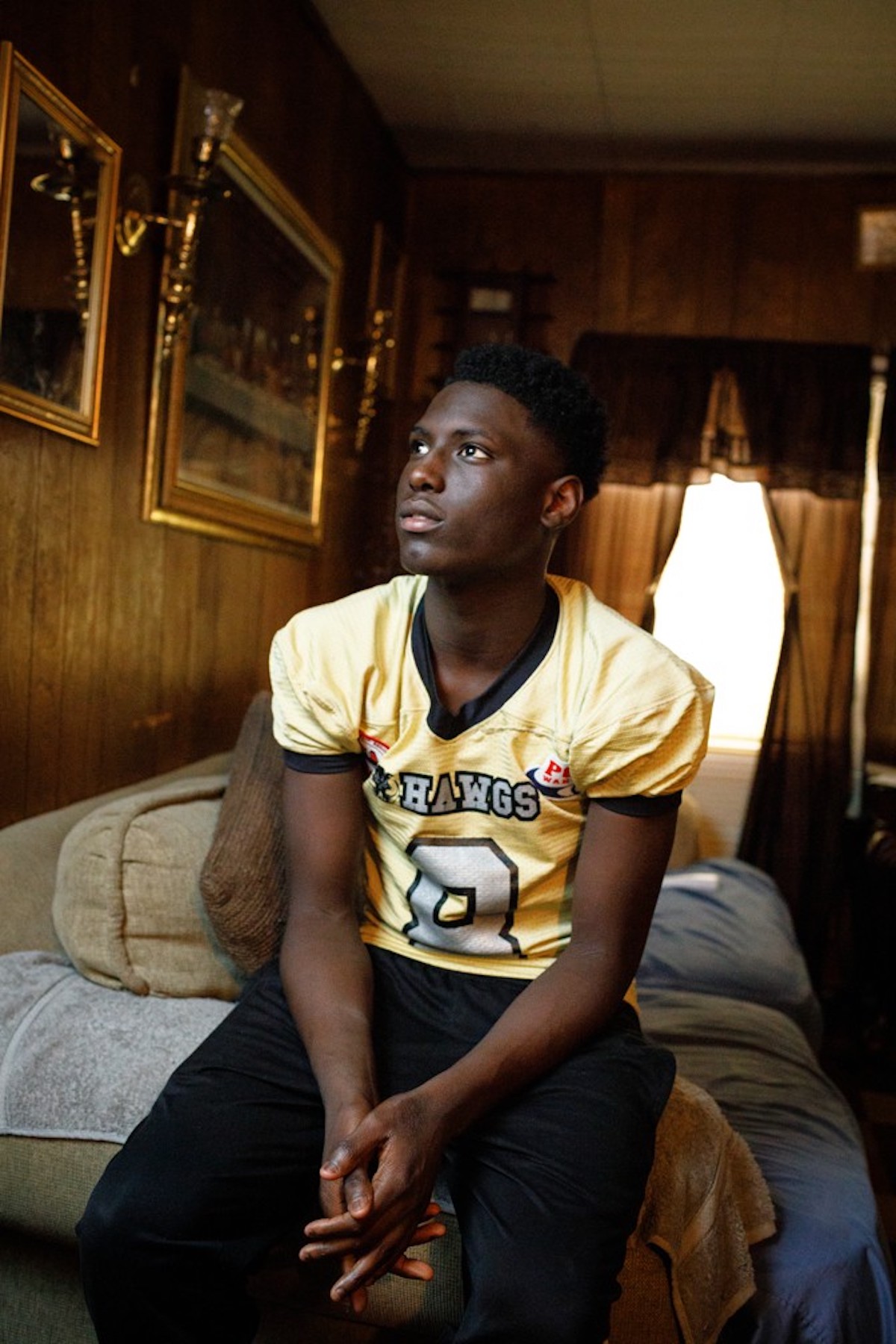 Over time, the boys’ coaches have become mentors, making sure their athletes get good grades and stay off the streets. They take the boys on field trips to the beach and to Busch Gardens. Jackson’s eldest son, Marqwayvian McCoy—or Qway, as she calls him—has particularly thrived. Jackson says Qway has been diagnosed with schizoaffective bipolar disorder, which sometimes manifests in bursts of anger and an inability to focus at school. Now his teammates help him when he gets stuck in his studies and look up to him for his prowess on the field. They’ve nicknamed him Live Wire because he can hit so hard.

Jackson dreams that Qway will soon make it out of their home in Colquitt County, a place marked by fields of crops and cotton bales the size of Mack trucks. Football could help him do that. As a middle schooler, he’s already been asked to practice with the high-school team, the Colquitt County Packers, a national powerhouse that in 2016 sent two dozen boys to college with full scholarships. Qway knows his mother doesn’t have the money to send him to college, so he studies websites that track top high-school-football athletes and watches all the football he can online, hoping to get better at the game.

As Qway throws himself into football, the sport is facing a highly publicized reckoning more serious than any it has confronted since the Pop Warner youth-football program was established in 1929. Research suggests that tackle football can cause long-term brain injury, and as a result, many parents are telling their kids they can’t play. In the 2017–18 school year, 6.6 percent fewer high-school athletes participated in 11-player tackle football than in the 2008–09 school year, according to the National Federation of State High School Associations.