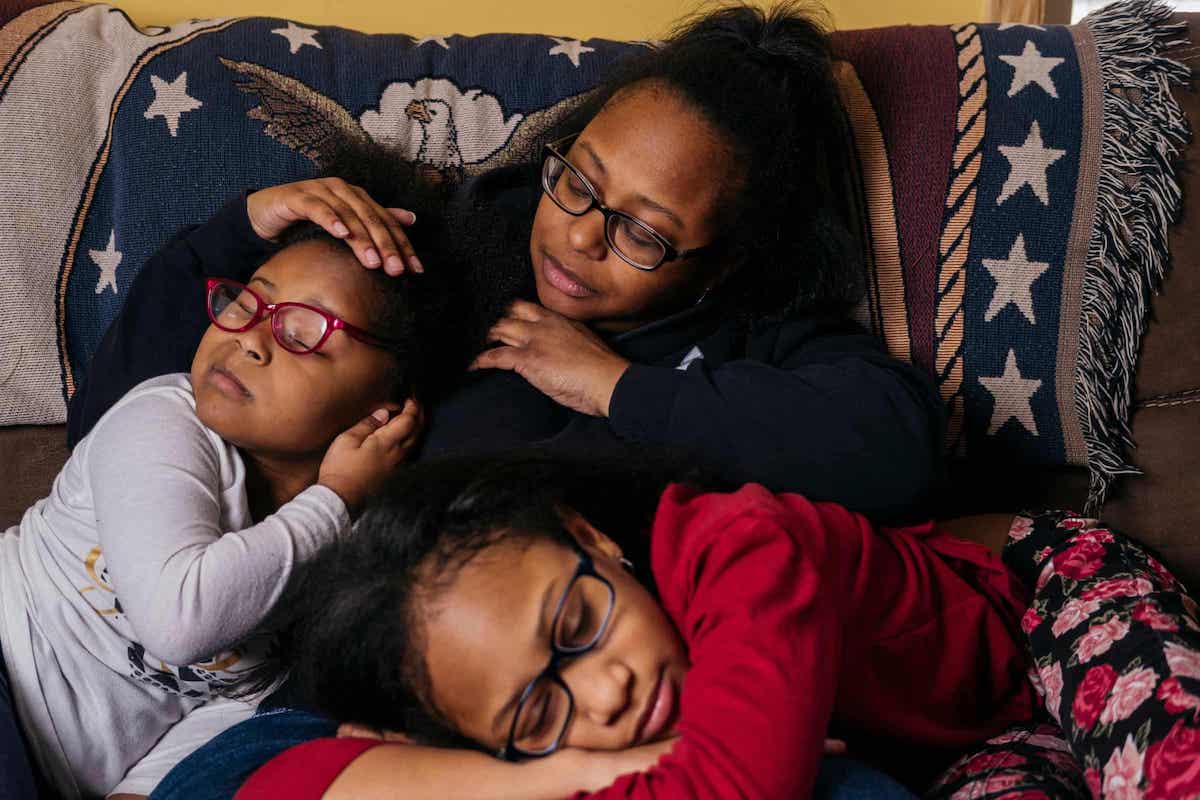 Martina Guzman, The Guardian
Kaiesha Rivers, center, comforts daughters Taiyla Young, five, and Jyahri Pye, 11, at a relative’s house in Highland Park, Michigan. Photograph: Erin Kirkland/The Guardian. Featured Image
Kaiesha Rivers slowly lowered her aching body into her bathtub. It had been an exhausting day and all she wanted to do was relax. But a few minutes into soaking, she felt a rush of cold water down her leg followed by a deep pain in her cervix.

“This can’t be,” Rivers thought. “Not again.” Her water broke. She was going into labor at 32 weeks, two months before her due date.

Instead of unwinding, Rivers found herself laying in the backseat of her aunt’s brand new Cadillac, being rushed to the hospital. Despite promptly informing medical staff that she was in labor, Rivers was taken to registration to fill out paperwork instead of a delivery room.

“I’m in labor,” she repeated to the intake nurse, who tuned out her pleas. After four previous pregnancies, Rivers, then in her mid-20s, had grown accustomed to hospital staff ignoring her and treating her disrespectfully.

Half an hour later, Rivers was still in a wheelchair at the registration desk. “Don’t push,” a nurse said as she passed. Another nurse saw that blood was running down Rivers’ leg. She asked Rivers to stand up so they could put pads beneath her. Then the nurse saw the baby’s head begin to crown.