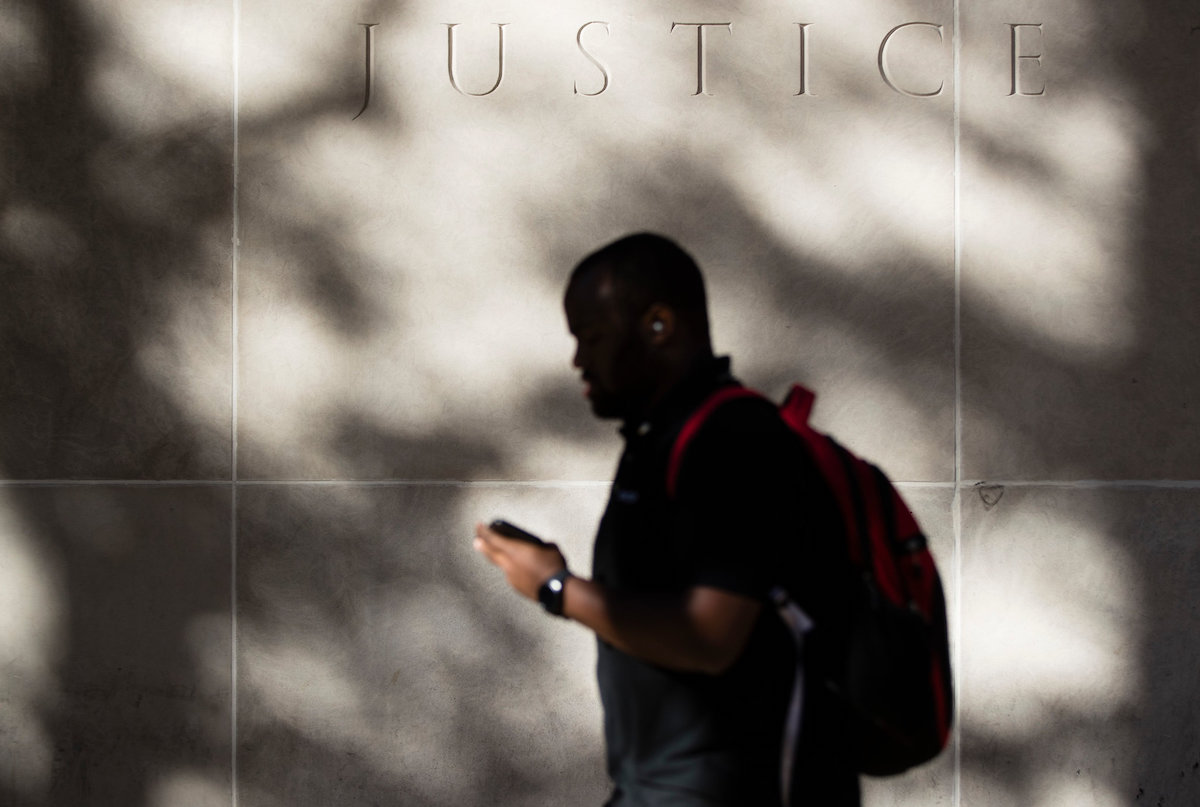 John Eligon, The New York Times |
A person walks past the federal courthouse in Philadelphia. A study found court reporters in the city regularly made errors in transcribing sentences that were spoken in black dialect. Credit Matt Rourke/Associated Press. Featured Image
Hedon’t be in that neighborhood.”

When one court reporter in Philadelphia transcribed that phrase, it turned into this: “We going to be in this neighborhood.” In other words, the opposite of what the phrase actually meant — that someone is not usually in a neighborhood.

That was just one transcription error captured in a soon-to-be published study that found court reporters in Philadelphia regularly made errors in transcribing sentences that were spoken in a dialect that linguists term African-American English.

Researchers played audio recordings of a series of sentences spoken in African-American English and asked 27 stenographers who work in courthouses in Philadelphia to transcribe them. On average, the reporters made errors in two out of every five sentences, according to the study.

The findings could have far-reaching consequences, as errors or misinterpretations in courtroom transcripts can influence the official court record in ways that are harmful to defendants, researchers and lawyers said.