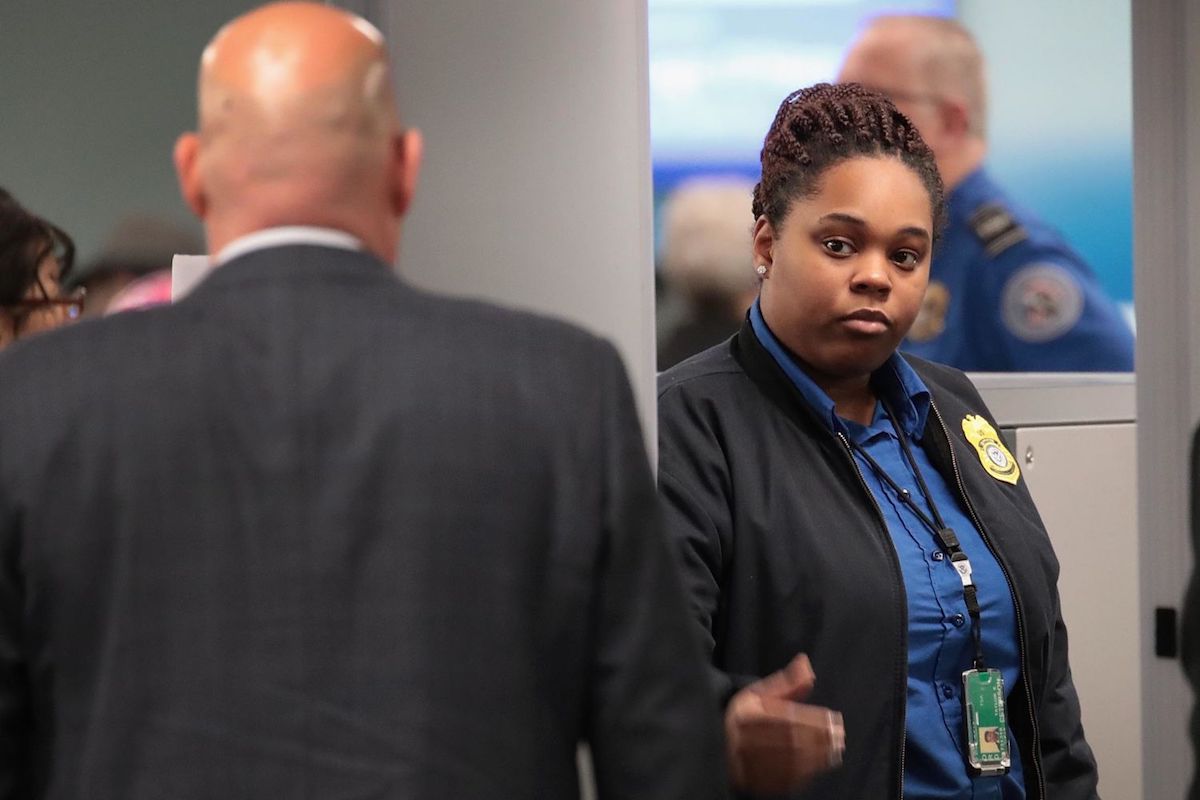 The Foolish Quest to Be the Next Barack Obama | Politico

Contributor, The Guardian |
A Transportation Security Administration (TSA) worker screens passengers and airport employees at O’Hare International Airport on January 07, 2019 in Chicago, Illinois. Scott Olson | Getty Images. Featured Image
The longtime anti-tax activist and prominent Trump supporter Grover Norquist once said: “I don’t want to abolish government. I simply want to reduce it to the size where I can drag it into the bathroom and drown it in the bathtub.” You don’t have to listen hard to hear the water running.

As the government shutdown enters its second month, we are witnessing an unprecedented effort by the administration to starve out federal employees, decimate the agencies we compose, and undermine the very foundation of the civil service. Unprecedented – but not unexpected.

From Trump’s campaign pledge to abolish the Environmental Protection Agency, to his budget blueprint in 2017 proposing the elimination of 19 federal agencies ranging from the Chemical Safety Board to the National Endowment for the Arts, the president has been gunning for the federal sector for years. He implemented a federal hiring freeze in the first days of his term. Following that with a $1.5tn tax cut, Trump and congressional Republicans set the stage for budget shortfalls – and their attendant cuts to services – for years to come.