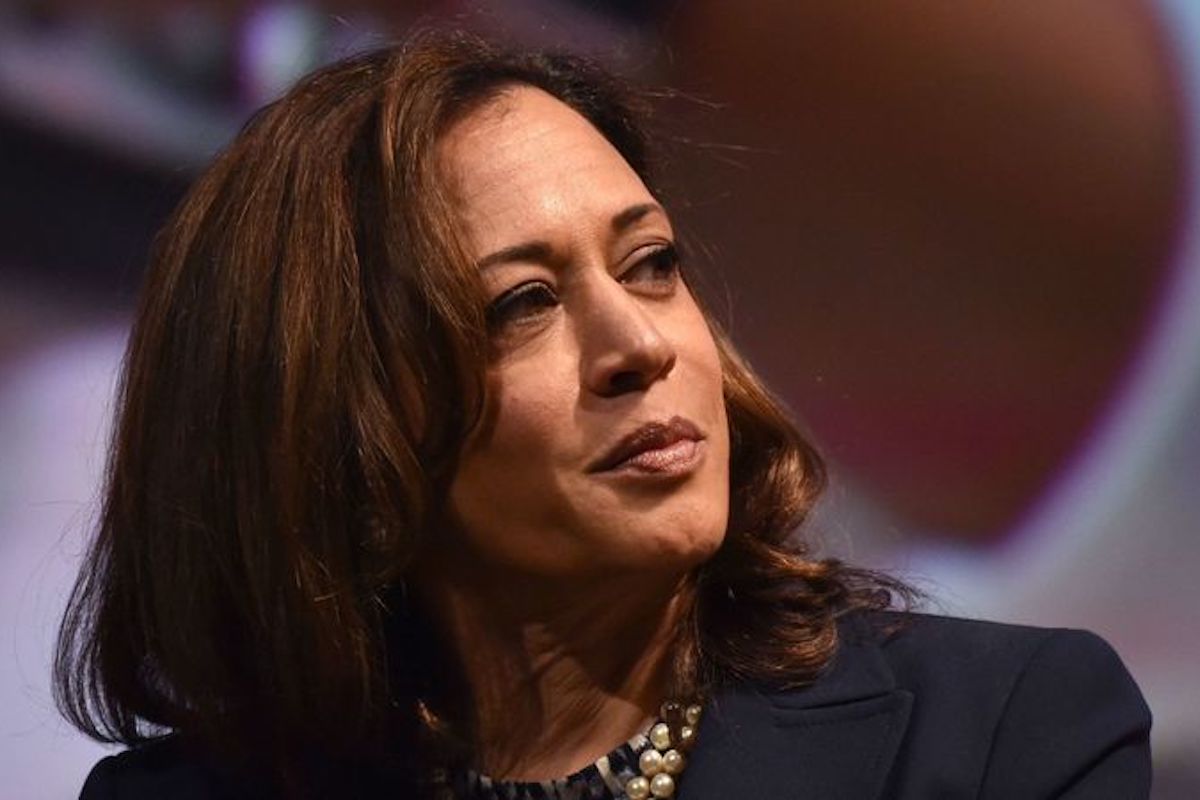 Edward Isaac Dovere, The Atlantic |
Sen. Kamala Harris (D-California) joins a growing list of candidates for the 2020 Democratic presidential nomination. (Chris Delmas / AFP/Getty Images) Featured Image
Kamala Harris is a half-Jamaican, half-Indian woman from Oakland, California, the daughter of two UC Berkeley grad students. She went to high school in Montreal. She married a wealthy, white, Jewish lawyer later in life, and didn’t have kids of her own. When she’s not in Washington, she splits her time between San Francisco and Los Angeles. Her first name is Sanskrit and gets mispronounced all the time. She was being mentioned as a front-runner presidential candidate before she’d even headed over to her Senate victory party, all of two years and two months ago. She is not, by biographical measures, representative of what most would see as the typical American experience. But Harris launched her presidential campaign Monday with a challenge to the rest of the field that—as she put it to me at the press conference she held in the afternoon in the lobby of the Interdisciplinary Research Building at her alma mater, Howard University—candidates who want to win have to speak to “the complexities of each of our lives, and pay equal attention to their needs.”

Elizabeth Warren attacks every issue by diagnosing an economy warped by decades of bad policy. Washington Governor Jay Inslee centers his pitch on the climate-change emergency. For Harris, such a singular focus feels too narrow.