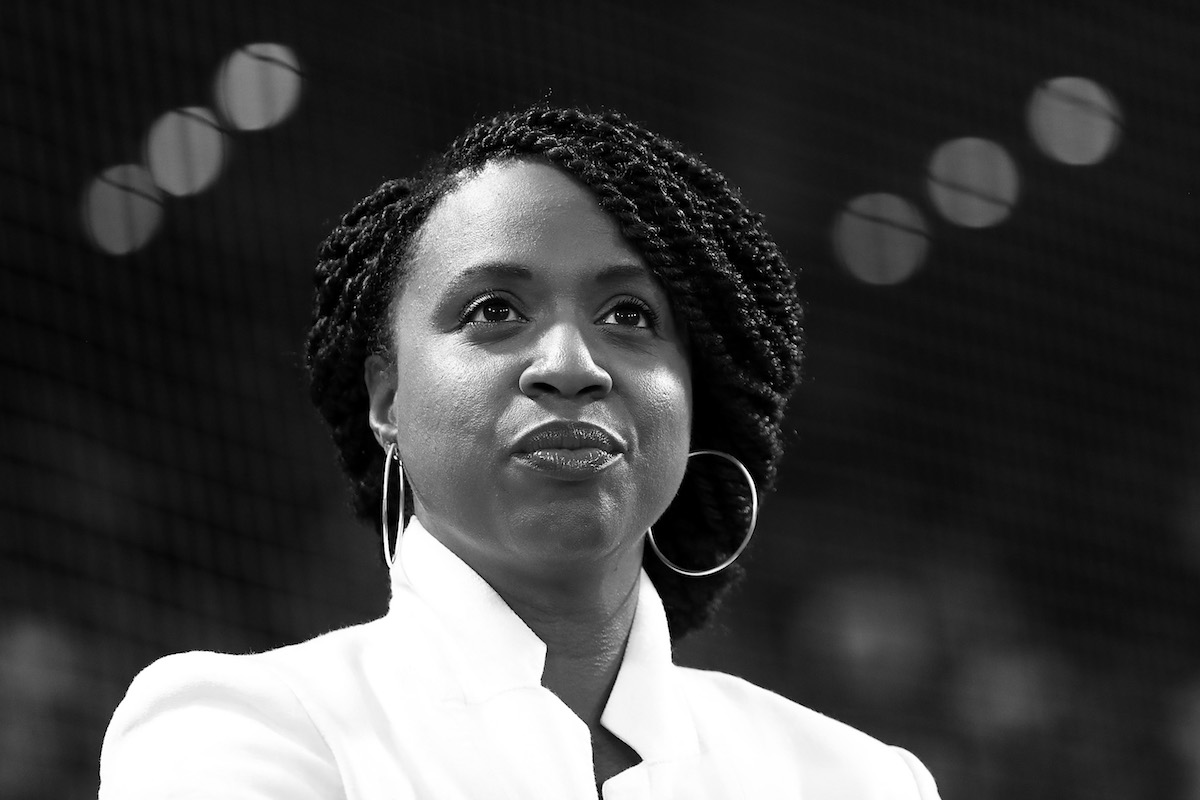 RUAIRÍ ARRIETA-KENNA | Photographs By JASON GROW, Politico |
BOSTON, MA – SEPTEMBER 7: Newly-elected Democratic Congresswoman Ayanna Pressley looks on before a game between the Boston Red Sox and the Houston Astrosat Fenway Park on September 7, 2018 in Boston, Massachusetts. (Photo by Adam Glanzman/Getty Images). Featured Image
When millions of women took to the streets the day after President Donald Trump’s inauguration for the largest single-day protest in American history, they were galvanized by a frustration with our nation’s politics and culture. Two years later, that energy and anger have been translated into an unprecedented number of electoral victories for women—mostly Democratic—in the recent midterm elections.

When 27 new women were ushered into the House and Senate in 1992, pundits deemed it the “Year of the Woman.” In 2018, that record was shattered, and now, for the first time ever, more than 100 women have been sworn in to the House of Representatives, just over a century after the first woman was sworn in to Congress in 1917.

POLITICO Magazine recently photographed and interviewed all 36 freshman women in the 116th Congress. In addition to being the youngest and most diverse freshman class Capitol Hill has ever seen, the group includes a number of state and national firsts—from the first Muslim women to the first Native American women. Not that they’re bragging about it. “None of us ran to be the first anything,” Rep. Ayanna Pressley (D-Mass.) told POLITICO. “We ran to make a difference. We ran to make change. It’s nice to make history, too, but that’s not why we ran.”

The new members range from the youngest-ever women in Congress—Reps. Alexandria Ocasio-Cortez (D-N.Y.) and Abby Finkenauer (D-Iowa) were both 29 when elected—to experienced pols such as Rep. Ann Kirkpatrick (D-Ariz.), who previously served in the 111th, 113th and 114th sessions, and former Clinton Cabinet secretary Donna Shalala (D-Fla.), who at 77 is the oldest female freshman representative in history.