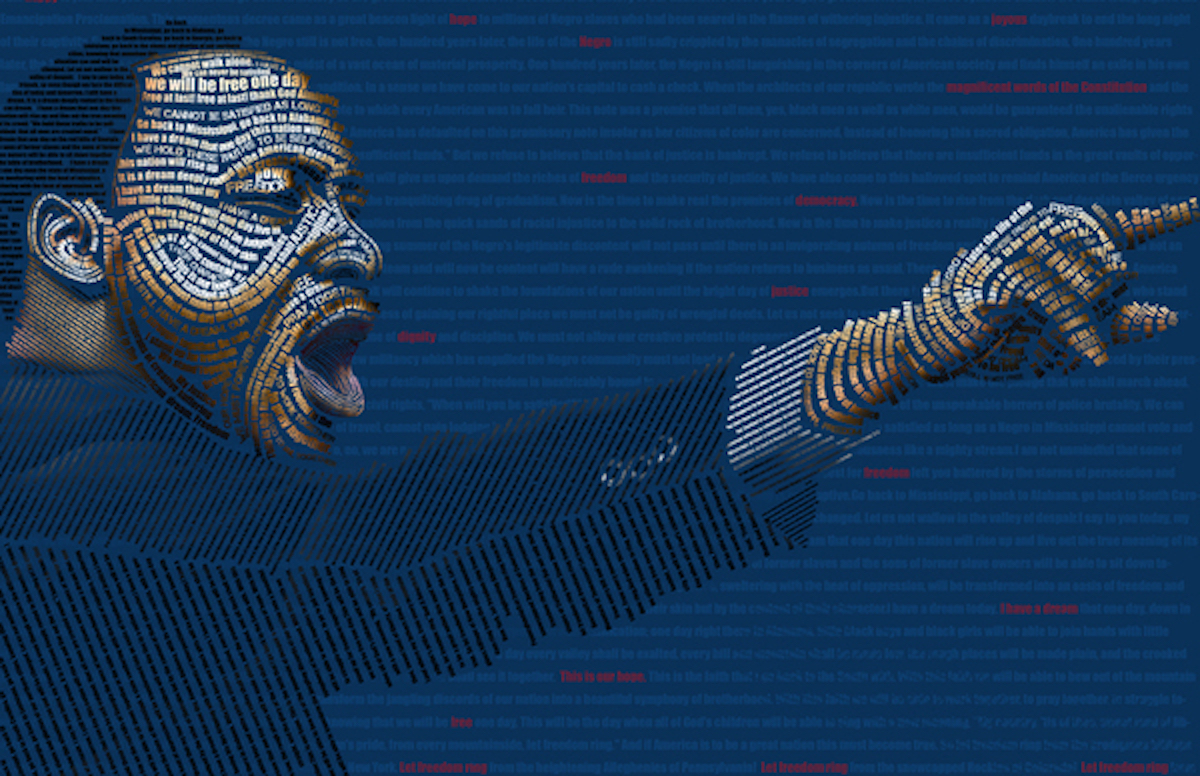 Vann Newkirk, The Atlantic |
Jonas FleuraimeFeatured Image
Every year, on the third Monday in January, people play their hand at the same game. “What would Martin Luther King Jr. think?” becomes an unwritten essay prompt for op-eds, a topic of speeches and sermons, a call to action, and a societal rebuke. In this annual pageant, there are few who would ever mark themselves as living in opposition to the legacy of King, even as they work to dismantle it.

It was only natural that Vice President Mike Pence would quote King in defense of President Donald Trump’s decision to continue the ongoing government shutdown until he receives full funding for a border wall. “One of my favorite quotes from Dr. King was: ‘Now is the time to make real the promises of democracy’,” Pence said on CBS’s Face the Nation on Sunday, citing King’s famous 1963 “I Have a Dream” speech. “You think of how he changed America. He inspired us to change through the legislative process, to become a more perfect union. That’s exactly what President Trump is calling on Congress to do: Come to the table in the spirit of good faith.”

Pence, of course, is doing only what the current version of the holiday demands. Across the ideological spectrum, politicians must seek to fit themselves under the aegis of the Kingian legacy.