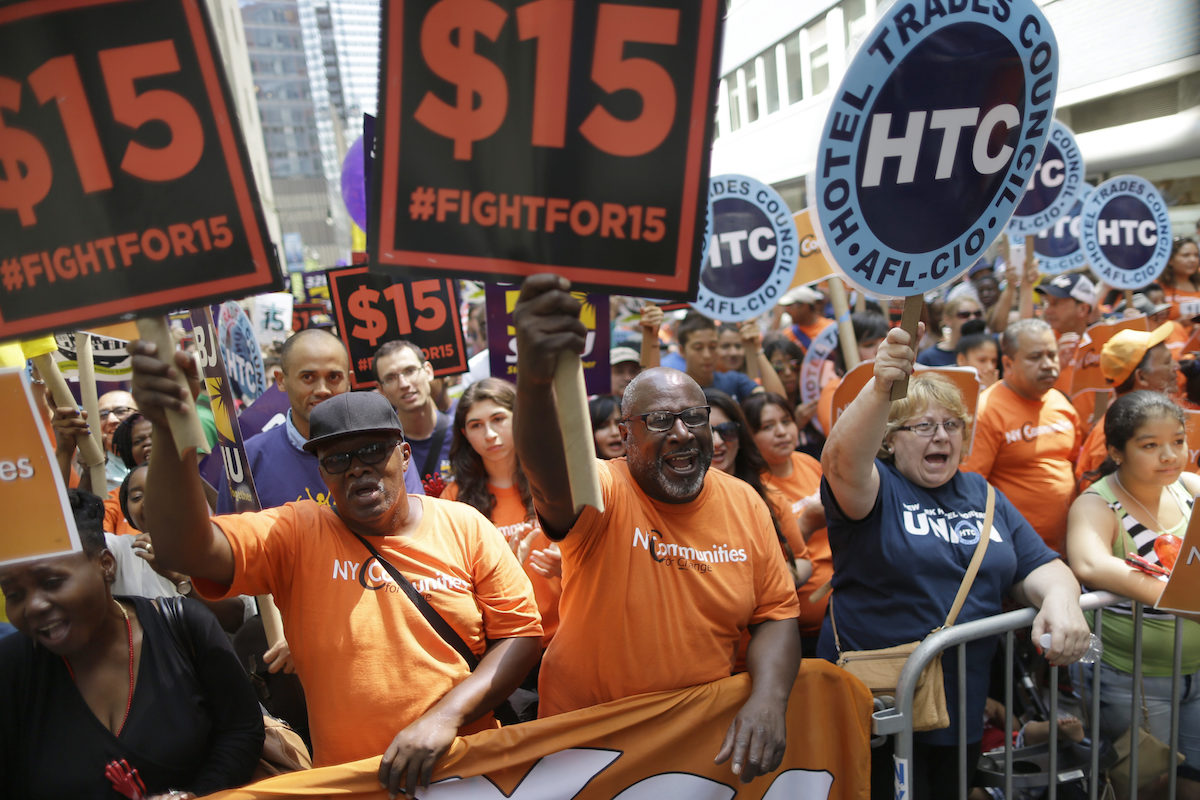 Many of the same proponents gathered in the same room at the same time last year, but this time, it’s different, they said.

“One-third of the Senate has changed,” said state Sen. Cory McCray of Baltimore City, a former House member who was elected to the Senate in November. “When people see people struggling and you know it’s your family member, you know your neighbor’s story, you know your community’s story, it’s [uplifting].”

Ongoing discussion will be how to gradually implement the $15 hourly wage by 2023, as well as how to convince non-supporters such as Republican Gov. Larry Hogan, who has said such an increase would hurt small businesses.