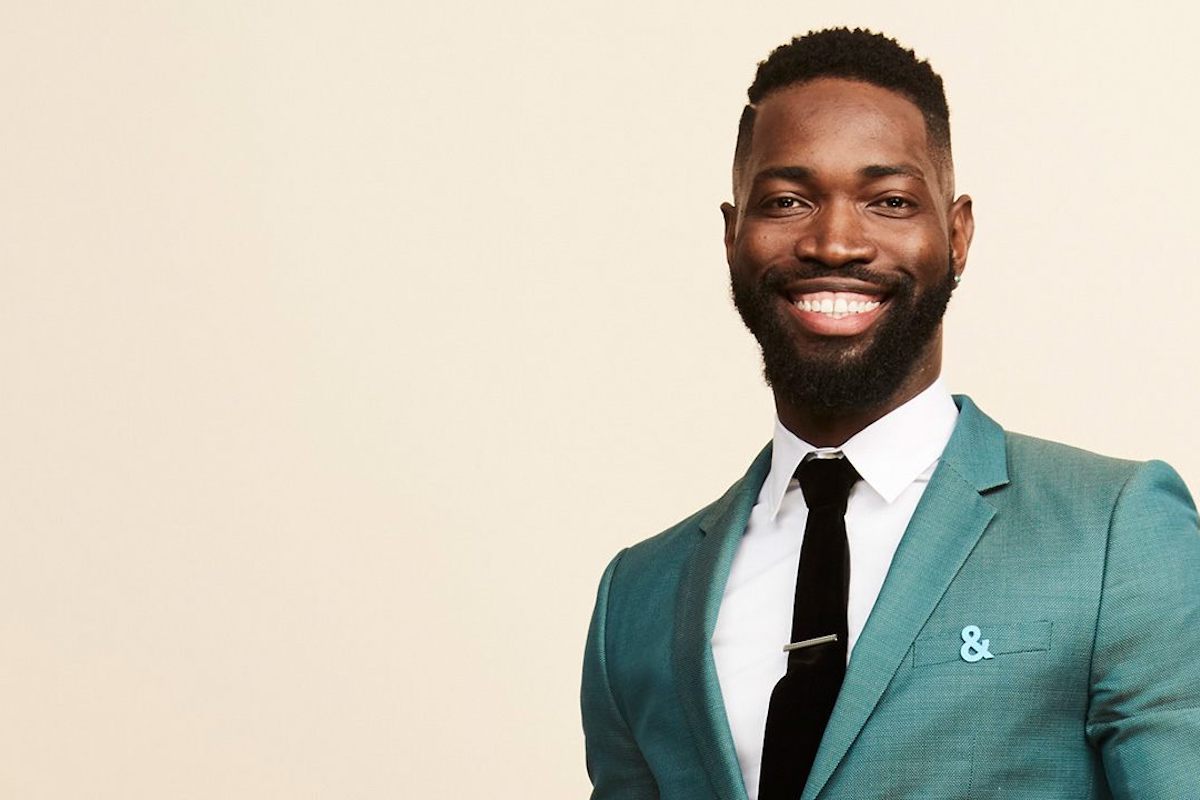 Carvell Wallace, The New York Times Magazine | Getty Images. Featured Image
I was impressed by how long Tarell Alvin McCraney was willing to sit in silence until I asked him something. When I first met him, on the campus of Yale University, where he is chairman of the playwriting program — one of the most exclusive in the country, admitting only three students each year — it struck me that he was, if not distant, then at the very least aloof. Small talk was made and pleasantries exchanged, but I couldn’t help noticing that there was not much eye contact. At first I attributed this to normal self-consciousness, but as the day progressed it occurred to me that it might be a kind of honesty: He wouldn’t do me or himself the disrespect of offering a charm performance. He simply said it was nice to meet me and suggested we get a bite at a nearby Cuban restaurant. Once there, he looked over the menu for not long at all before ordering the eggplant steak and then, as if on impulse, an empanada de guayaba and a cafe con leche. He would drink the coffee but would have the empanada boxed up to share, he said, with his students.

Then came the silence. It seemed that he might have sat there all day had I let him, quietly content, thinking about various plays, or current events, or music, or film. Instead, I started to explain how much the film “Moonlight” — based on a script McCraney wrote in his early 20s, for which he would ultimately win an Oscar — meant to me. I told him that I grew up in circumstances that allowed me to relate to its central character. And it was here that McCraney began asking the questions, leaning slightly forward over the table, regarding me with patient but curious eyes: Where were my people from, what was their world like, how did my father fit in if at all, which plays did I perform in during high school, what did my mother think of my performances? He was a near balance of observer and observed, 60 percent admirer, 40 percent work of art.

There were details he would recall and bring up long after this meeting. Three weeks later, he would make a joke that showed he remembered my birthday. This is normally the stuff of politicians — a parlor trick of remembering details, of making others feel as if they have your care and attention. But with McCraney it does not feel performative. He has a way of understanding and respecting the stories of anyone he chooses: my story, the stories of the characters in his scripts and plays, the stories of the graduate students he spends his days teaching. He asks questions that draw you into relief against your background and show you not only your own beauty but also his. This, it seems, is one of the ways he has learned to navigate a treacherous world and stay intact, or as intact as a queer black man can be in America.

The McCraney Literary Universe is a large one: He is 38 and has seen eight plays produced, written two screenplays, won a MacArthur genius grant and adapted Shakespeare for the Royal Shakespeare Company in London. (When I asked what made him like theater when he first encountered it, he replied: “I don’t necessarily know if I like it now” — but “the drive to do it is innate.”) If you want to write about this universe, you must be comfortable using the word “beautiful.” In McCraney’s work, the beauty of blackness is a praxis unto itself, the method by which larger theories about life are made manifest. The full, original title of the screenplay that became “Moonlight” was “In the Moonlight Black Boys Look Blue.” The film, which won the Best Picture Oscar in 2017, wasn’t just about the beauty of its characters but about the way they fight a losing battle against that beauty — how they try to beat it out of themselves and one another. The central conflict is that of a character trying to find harmony between who he is and who he is expected to be, a struggle that is, for many black men, not a theoretical matter but a violent, corporeal one.