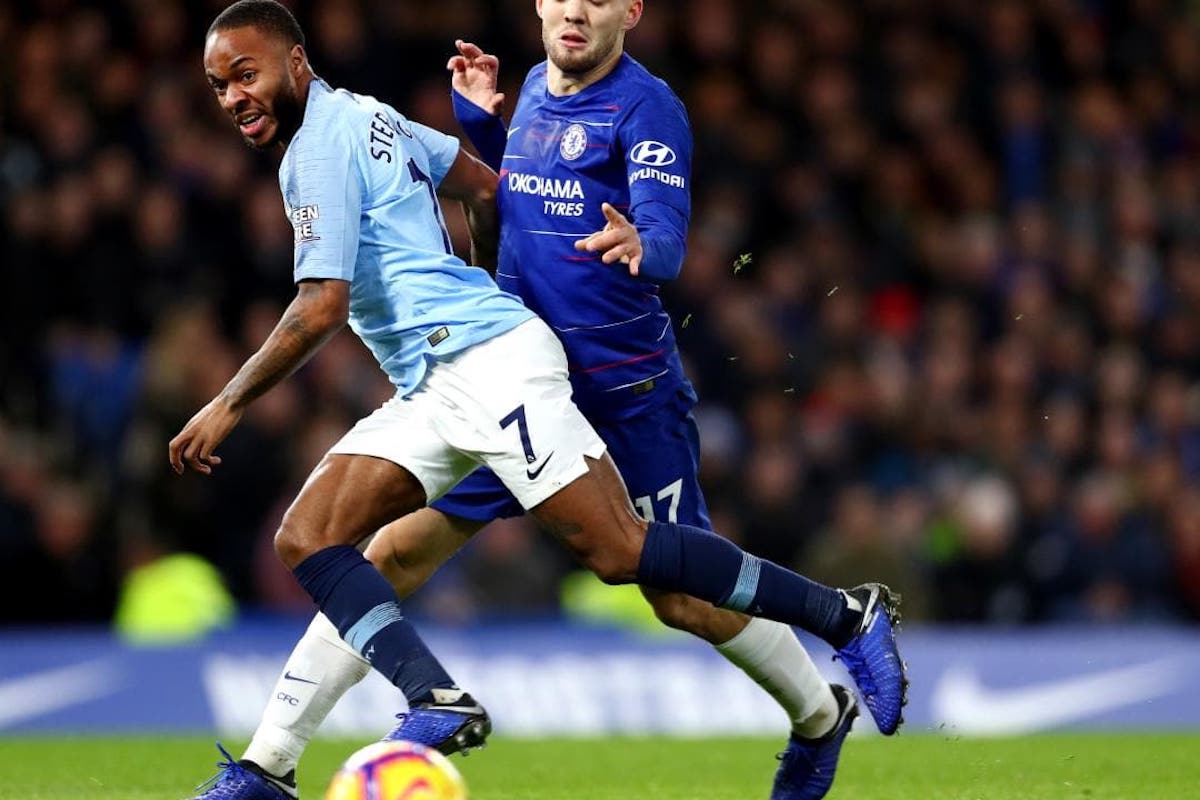 Dominic Fifield, The Guardian | Raheem Sterling in action for Manchester City against Chelsea at the weekend. Getty Images. Featured Image
Chelsea face the partial closure of Stamford Bridge in the Europa League after Uefa opened disciplinary proceedings over allegations that their travelling supporters engaged in racist chanting during the draw at Vidi last month.

The governing body announced on Tuesday that, based on the report submitted by their ethics and disciplinary inspector who had investigated incidents at the fixture in Budapest, proceedings had been instigated against Chelsea. Uefa’s control, ethics and disciplinary body will deal with the case at its next meeting, on 28 February.

The body’s regulations state that, if supporters are found guilty of behaviour “that insults the human dignity of a person or group of persons on whatever grounds, including skin colour, race, religion or ethnic origin”, the minimum punishment is the partial stadium of their home stadium in a subsequent fixture. Chelsea host the second leg of their round of 32 tie with the Swedish club, Malmo, on 21 February, meaning any sanction would be implemented either in the last 16 or, if they have been eliminated, when the London club next feature in the competition.

CLICK TO READ THE FULL ARTICLE, The New Guardian