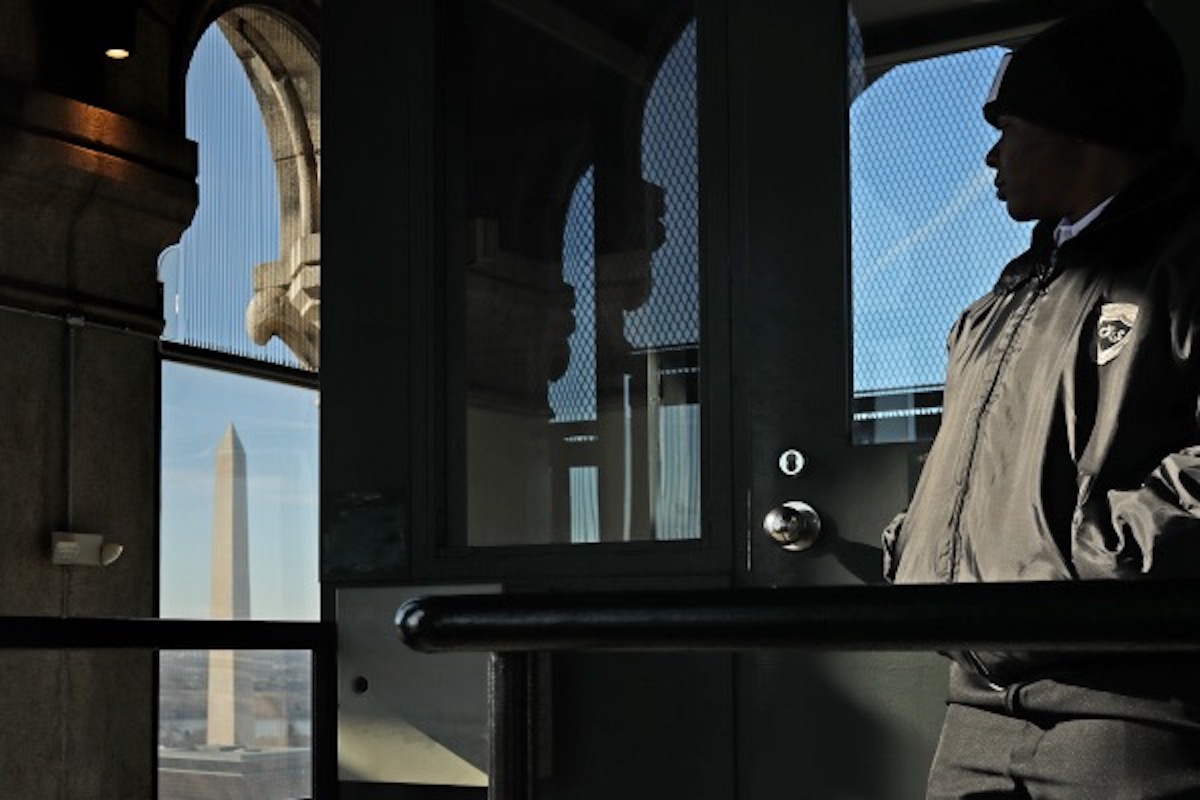 How Kamala Harris, a Tweet and a Pink and Green ‘Screech’ Proves We Need More Black Journalists | The Root

Stacey Brown, The Washington Informer
A security guard stands on the observation deck of the Old Post Office Tower in Washington, D.C., on Jan. 11, 2019. While thousands of National Park Service employees are on furlough and parks and sites are closed across the country due to the partial federal government shutdown, the General Services Administration — which leases the building and tower to the Trump International Hotel — was able to find money to pay park rangers to stay on the job. (Photo by Chip Somodevilla/Getty Images). Featured Image

The partial government shutdown reached a record 22nd day Saturday, and with hundreds of thousands of federal workers caught in the bureaucratic crossfire, it’s communities of color who are likely taking the hardest hit, the Congressional Black Caucus said.

The Partnership for Public Service Black estimates that Black people are 18 percent of the federal workforce despite making up just 12 percent of the country’s population — a statistic not lost on the CBC.

“We know that communities of color are disproportionately affected by this irresponsible Trump government shutdown,” said Rep. Barbara Lee (D-Calif.), who joined CBC Chair Karen Bass (D-Calif.) and fellow Democratic Reps. Bennie Thompson (Miss.) and Anthony Brown (Md.) for a media conference call Friday. “And today is especially painful for so many workers because it should be payday.”

Without these paychecks, many federal workers are hanging by a thread, she said.