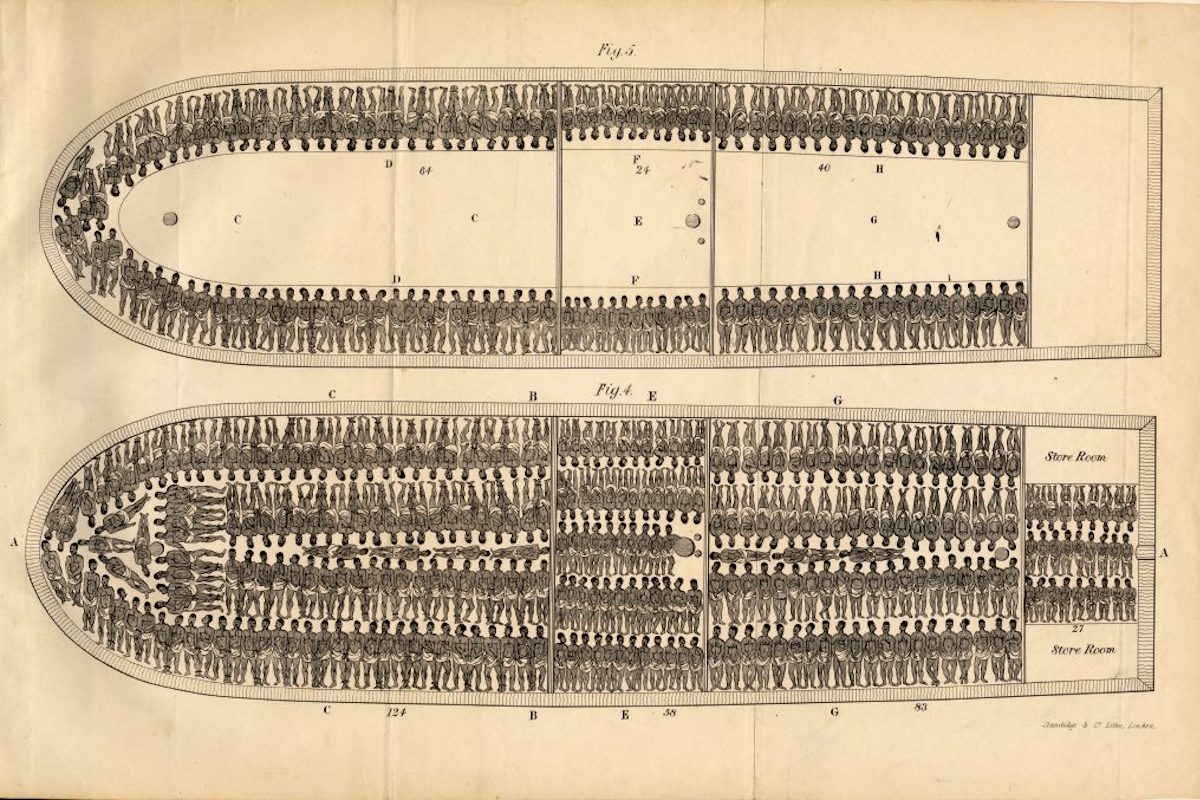 Stacy M. Brown, NNPA Newswire Correspondent, AFRO
Cargo plan for the slave ship “Brookes”. By using space to the utmost on this not particularly large ship, 452 enslaved laborers could be taken on board. Each adult man was only allotted 182 centimeters x 41 centimeters (71 inches by 16 inches) to lie on and only 80 centimeters (31.5 inches) up to the next layer of people. The enslaved laborers lay here for months on the journey to the West Indies (Thomas Clarkson, The History of the African Slave-Trade, vol. 2, 1808). Featured Image

“We need to exert ourselves that much more, and break out of the vicious cycle of dependence imposed on us by the financially powerful: those in command of immense market power and those who dare to fashion the world in their own image.” — Nelson Mandela

The most enduring consequences of the migration for the migrants themselves and for the receiving communities, were the development of racism and the corresponding emergence and sustenance of an African-American community, with particular cultural manifestations, attitudes, and expressions.

The legacy is reflected in music and art, with a significant influence on religion, cuisine, and language, according to Paul E. Lovejoy, a distinguished research professor and Canada Research Chair in African Diaspora History at York University in Toronto.

“The cultural and religious impact of this African immigration shows that migrations involve more than people; they also involve the culture of those people,” Lovejoy said in a recent post about the creation of the African diaspora.

The National Newspaper Publishers Association (NNPA) has launched a global news feature series on the history, contemporary realities and implications of the transatlantic slave trade. This is Part 9 in the series.