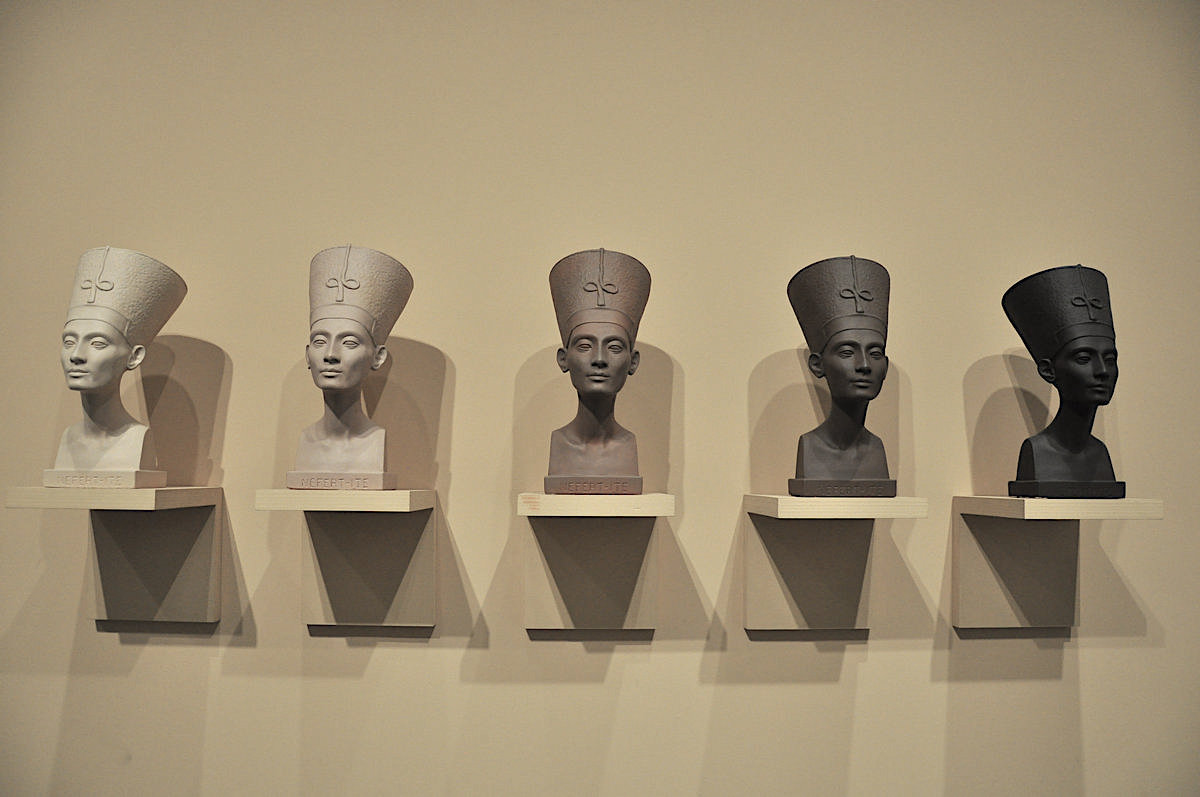 While substantially reprising Fred Wilson’s contribution to last year’s Istanbul Biennale, his current exhibition, Afro Kismet at Pace Gallery in Chelsea, continues an investigation that began with the artist’s U.S. pavilion at the 2003 Venice Biennale. He used that earlier occasion to examine representations of Africans in early modern art from Italy and other parts of Europe. He also displayed images of blackness stereotyped and caricatured in less rarefied and more contemporary objects he found in Venice, such as candle holders and cookies. For nearly three decades, Wilson has made, appropriated, and curated cultural products in order to expose racism and erasure at the core of social relations, whether in the United States, Europe, or — with Afro Kismet — the perimeters of the Middle East. 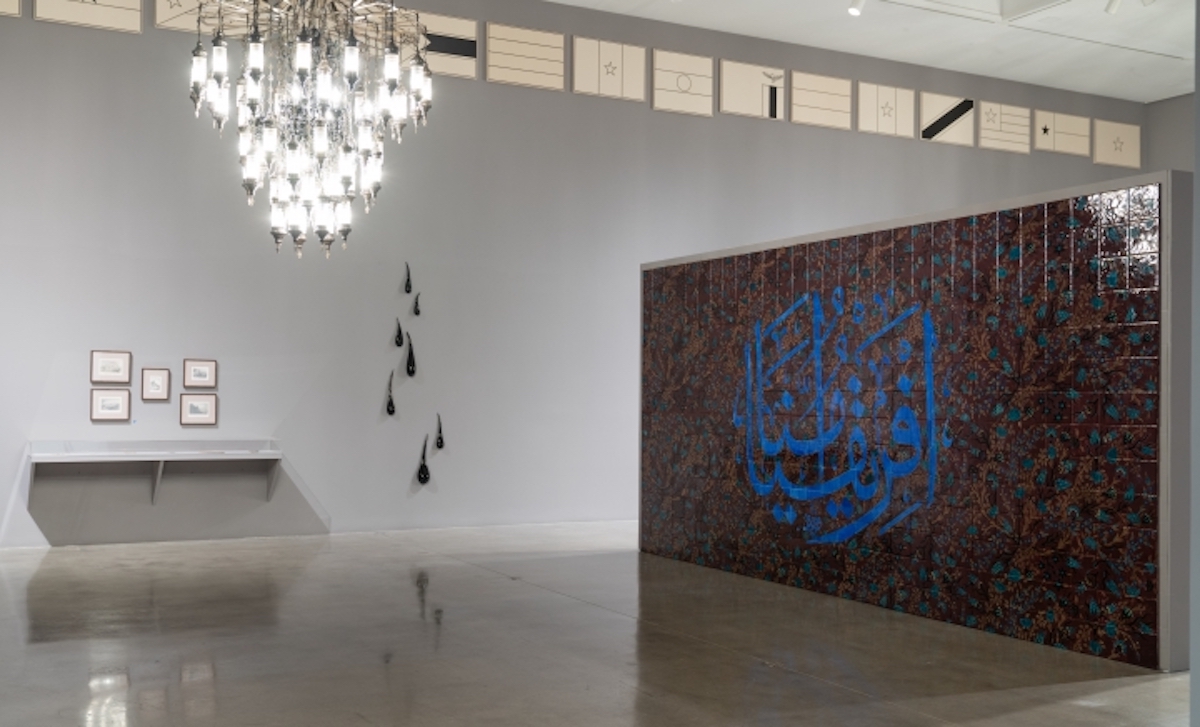 Extending his work in Venice and shifting his geographical focus, Wilson exhibited paintings at the Istanbul Biennale, selected from the city’s Pera Museum, that included individuals of African descent amid larger group scenes. Their images were reproduced in cropped isolation next to the paintings as a way of spotlighting these frequently ignored figures. At Pace, a new set of European paintings are in play — The Musician (1895) by Orientalist painter Rudolf Ernst, is one example — although this time no highlighting is necessary because they are individual portraits by Europeans of Africans in North African and Middle Eastern settings. They are also put in dialogue with, for instance, an African mask or self-reflective lines from James Baldwin’s novel Another Country, partly written while he was living as an expatriate in Istanbul.