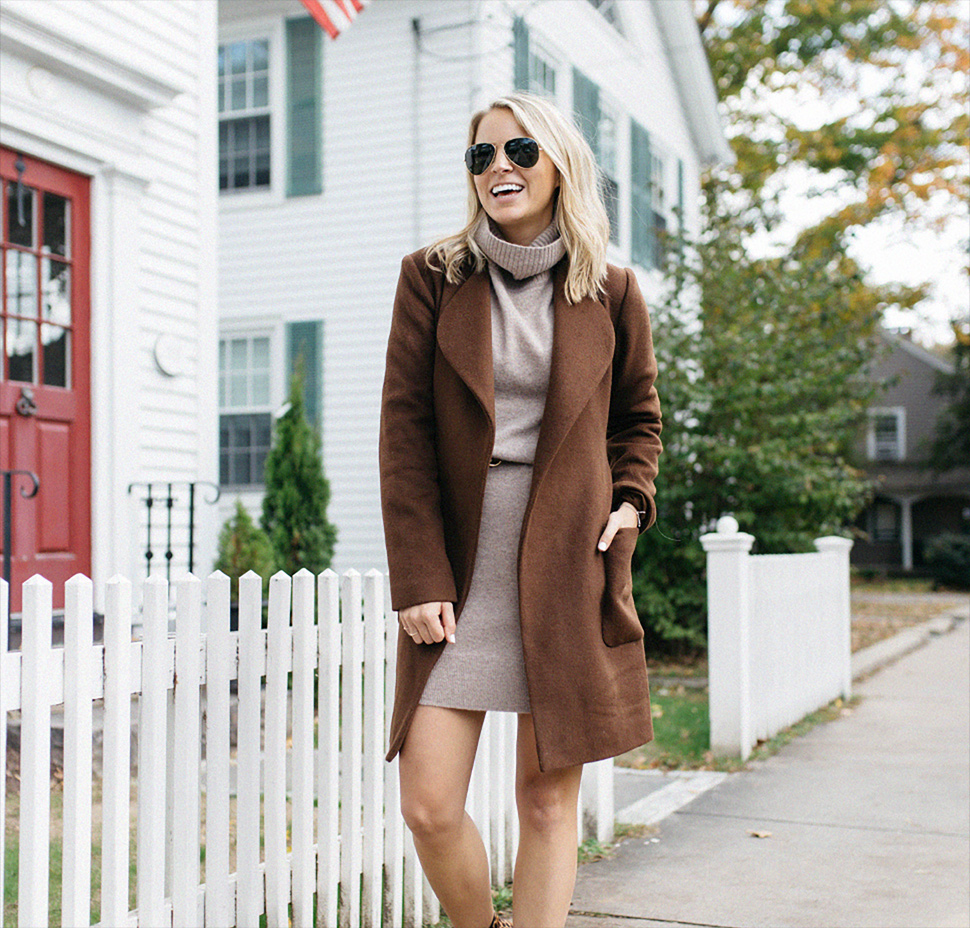 This past weekend Matt and I headed up to Essex, Connecticut to celebrate two of our college friends getting married. Essex is the most adorable, quaint little town located about two hours outside of New York City. The bride and groom honestly couldn’t have asked for a more picturesque weekend, the weather was your perfect fall temps, the sun shining and foliage in full force. We stayed at the Griswold Inn, which I can’t recommend enough. Although we all bade goodbye to 2018 and welcomed 2019 with open arms, the film world is revisiting every venture from 2018 and making judgement calls on best movie, best actor, best cinematography and many more. The Christmas countdown is officially on! And how do we know? Because the Marks & Spencer Christmas advert has just hit screen. And the star is a certain Holly Willoughby – and her enviable wardrobe. We can’t stop thinking about the fabulous purple coat that she wears during the ad – which is FINALLY available to purchase now.

There’s only a week to go before I’m a Celebrity returns to screens, and ahead of the launch, show’s leading ladies have been enjoying some downtime together. Presenter Holly Willoughby, who has stepped in for Ant McPartlin this year, was pictured having a laugh with Scarlett Moffatt, who co-hosts the spin-off show, I’m a Celebrity: Extra Camp. The TV stars were joined by Declan Donnelly’s wife Ali Astall on their day out in New South Wales, Australia.

Photographed in a suitably verdant setting alongside her co-presenter, Holly looked ready to take on anything with a retro Cowgirl-esque outfit. Dressed in the supercool Danish brand Ganni, a.k.a the go-to designer for influencers worldwide, Holly wore the ultra cute ‘Salvia’ suede mini skirt in dark camel with frill detailing that buttoned all the way up at the front.

Where to Buy These Street Style-Approved Winter Boots

When Your Heart Is Breaking, These Songs Will Help It Mend (Sort Of)