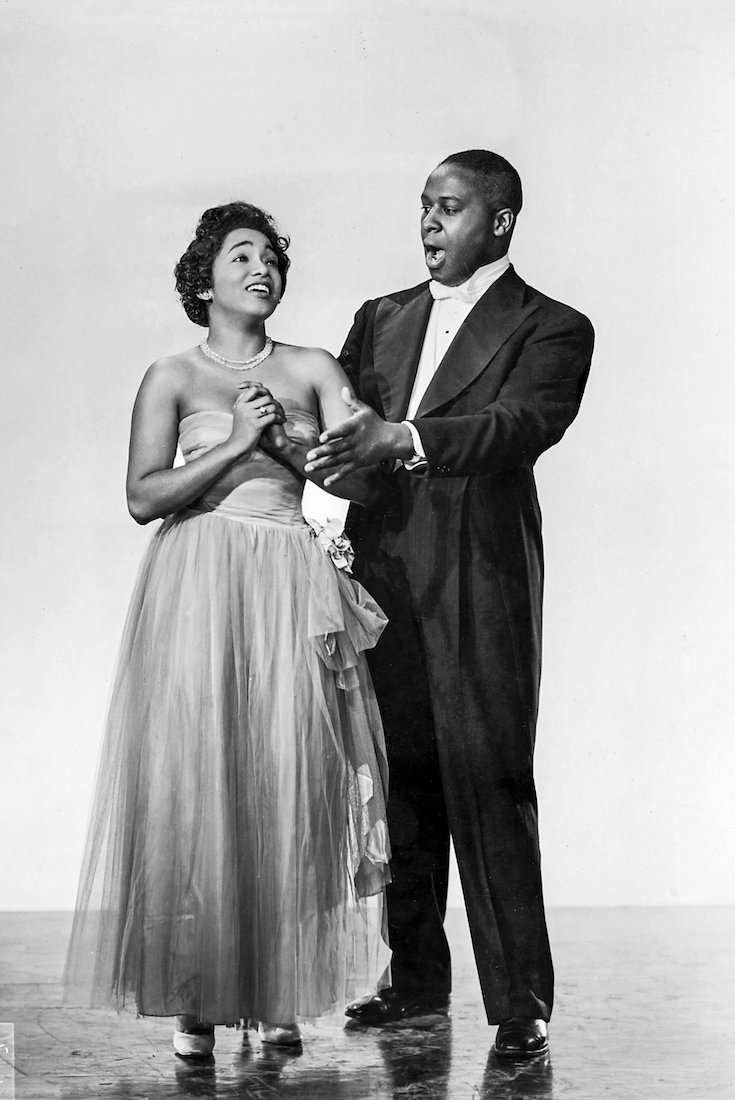 Sam Roberts , The New York Times
Andrew Frierson with the soprano Billie Lynn Daniel in an undated photo. They married in 1953. “He already has the essential attributes — a beautiful voice, good technique, musicianship, sympathy and a fine presence,” a reviewer wrote after Mr. Frierson’s debut in 1949. CreditMaurice Seymour. Featured Image

Mr. Frierson (pronounced FRY-er-son) made his New York debut at Carnegie Recital Hall in 1948 while still a student and went on to perform for six seasons with the New York City Opera. He also sang at the 1963 March on Washington for Jobs and Freedom, the occasion of the Rev. Dr. Martin Luther King, Jr.’s “I Have a Dream” speech.

Mr. Frierson taught at Southern University in Baton Rouge, La., in the early 1950s; directed the Henry Street Settlement Music School in Manhattan in the ’60s; and was a professor of voice at the Oberlin Conservatory of Music in Ohio in the ’70s.

In the early 1980s, Mr. Frierson and a colleague, James Kennon-Wilson, founded Independent Black Opera Singers, to encourage the careers of black male performers through education and competitions and by calling attention to the scarcity of blacks cast in major roles.