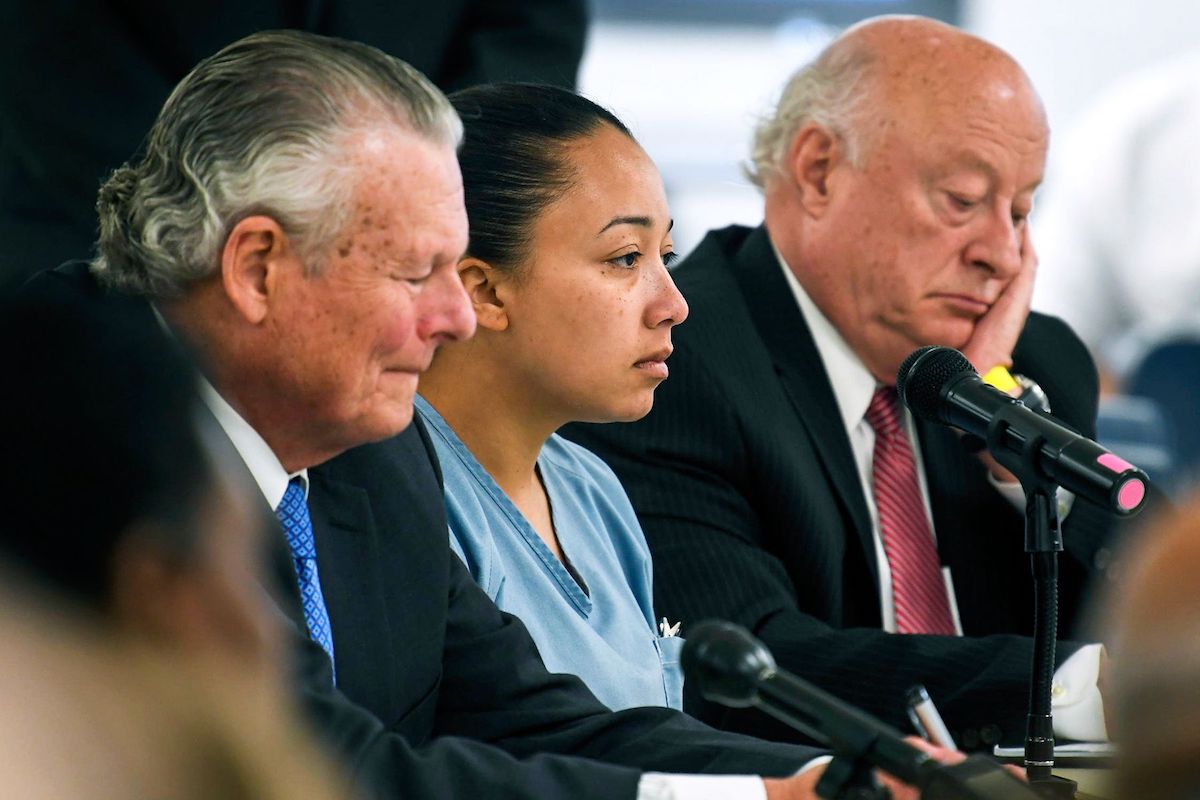 LILLY DANCYGER , Rolling Stone
Cyntoia Brown sits between her council Charles Bone, left and Houston Gordon, right, as they listen to the parole boards split decision in her clemency hearing at the Tennessee Prison for Women in Nashville, Tenn., Wednesday, May 23, 2018. Featured Image

Tennessee Governor Bill Haslam said on Monday that he is carefully considering the clemency request for Cyntoia Brown, who was convicted of first-degree murder and sentenced to life in prison in 2004 for killing a 43-year-old man who had solicited her for sex when she was just 16 years old. The Tennessee Supreme Court ruled last week that Brown must serve 51 years before she’s eligible for parole.

Prosecutors said that Brown went with Johnny Mitchell Allen with the intent to rob him, but she and her lawyers insisted that she shot Allen in self-defense because she thought he was going to kill her. She also said she went home with him to have sex for money on the orders of her abusive boyfriend, who beat her and forced her into prostitution. In her appeal, she said that she only took money from the victim’s wallet after he was dead because she was afraid of what would happen if she went back to her boyfriend empty handed.

Governor Haslam was speaking at an event on the importance of higher education in Tennessee on Monday when Justin Lang, a higher-education professional and member of Black Lives Matter Nashville, stepped up to the mic during the audience question portion.