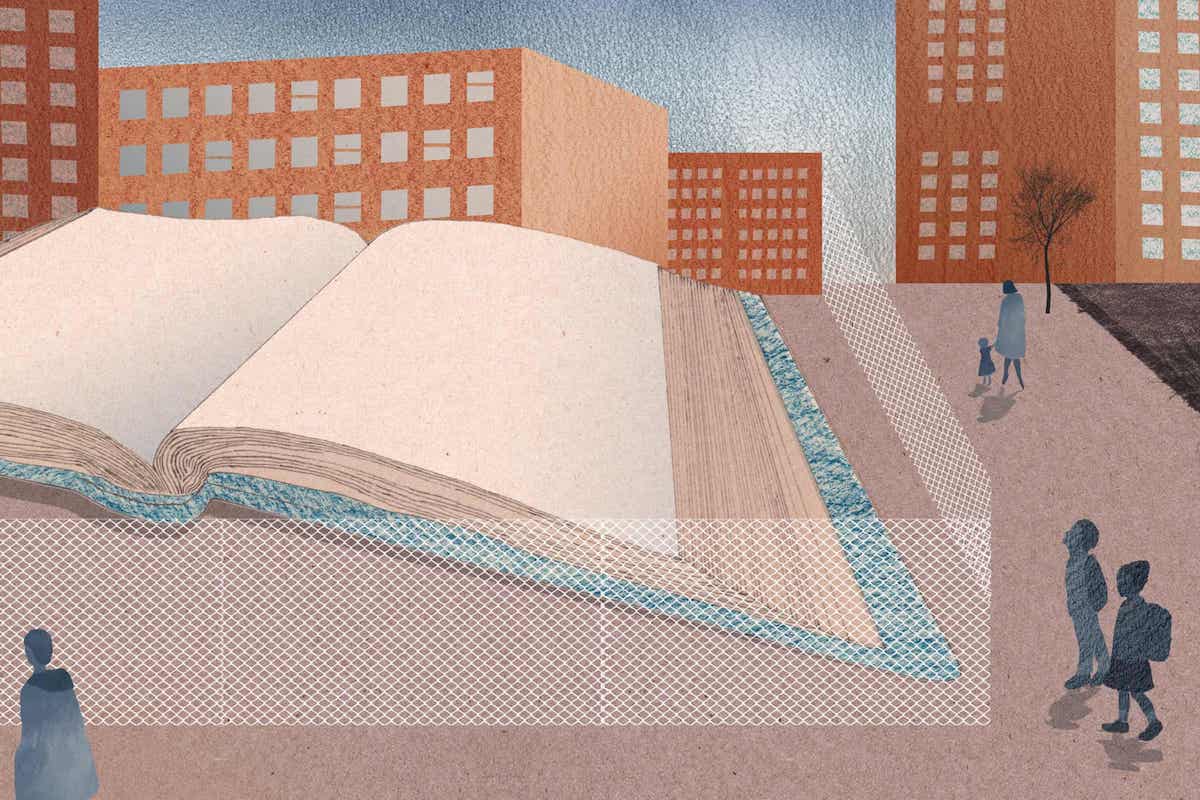 Eve Ewing , The Guardian
Behind the numbers and the maps and the graphs, who were the people – the teachers, the children, the neighbors – who would be affected by the decision to close so many schools?’ Illustration: Charlotte Edey. Featured Image

Failing schools. Underprivileged schools. Just plain bad schools. The fodder of tsk-tsk, it’s so sad, and that’s why we send our kids to private school and we’re so lucky. They’re the stuff of legend, material for inspirational movies and shocking prime-time news exposés. In Chicago they were once famously called the worst in the nation by William Bennett, secretary of education under then president Ronald Reagan. More recently, Illinois governor Bruce Rauner called them “inadequate”, “woeful”, “just tragic” and “basically almost crumbling prisons”.

Chicago’s public schools have been positioned in the nation’s imagination as, at best, charity cases deserving our sympathy; at worst they are a malignant force to be ignored if you can or snuffed out altogether if you can come up with something better. In this sense Chicago is like many other urban school districts that primarily serve students of color, viewed with pity and contempt.

So in 2013, when Mayor Rahm Emanuel announced an unprecedented wave of school closures, perhaps he expected public approval. The city and the school district were facing a $1bn budget deficit, enrollment had dropped in the district overall, and many of the schools on the list had long records of low test scores. Chicago public schools (CPS) first said that as many as 330 schools could be closed, then pared the number down to 129, and finally announced 54 that made the final list. Of those, 49 ultimately were slated to be closed by the end of the 2012-13 school year. Students attending these schools were assigned seats in other schools nearby.