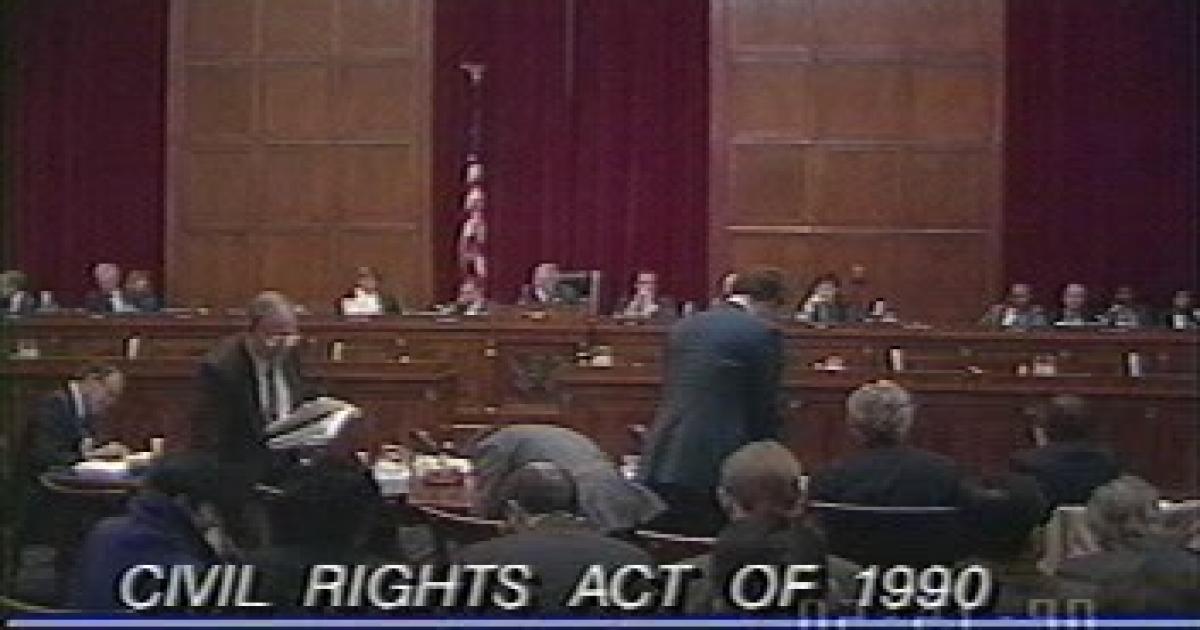 President Bush yesterday vetoed the Civil Rights Act of 1990, prompting the sharpest criticism he has endured from women, unions, blacks and other minorities since taking office.

In a three-page veto message to Congress, Bush said that “despite the use of the term ‘civil rights,’ ” the legislation “actually employs a maze of highly legalistic language to introduce the destructive force of quotas” in the workplace.

The dispute has centered largely on the defenses available in the legislation to employers sued for so-called “unintentional” discrimination. The White House has charged that the provisions in the bill were so burdensome to employers that they would create “powerful incentives” for them to “adopt hiring and promotion quotas” to avoid lawsuits, as the president said yesterday in his veto message.

Proponents of the bill contend that it essentially would have restored the law of employment discrimination that had been in force for nearly two decades, prior to six recent Supreme Court rulings that made it more difficult for minorities and women to win discrimination suits. They strongly dispute the contention that the new law would result in quotas.

Equal opportunity, Bush said, is “thwarted,” not served, by quotas, and “the very commitment to justice and equality that is offered as the reason why this bill should be signed requires me to veto it.”

The Senate has scheduled for today a vote on overriding Bush’s veto. But White House press secretary Marlin Fitzwater as well as civil rights groups agreed they lack the two-thirds majority needed to override. The Senate vote for passage was 62 to 34; the House vote was 273 to 154.