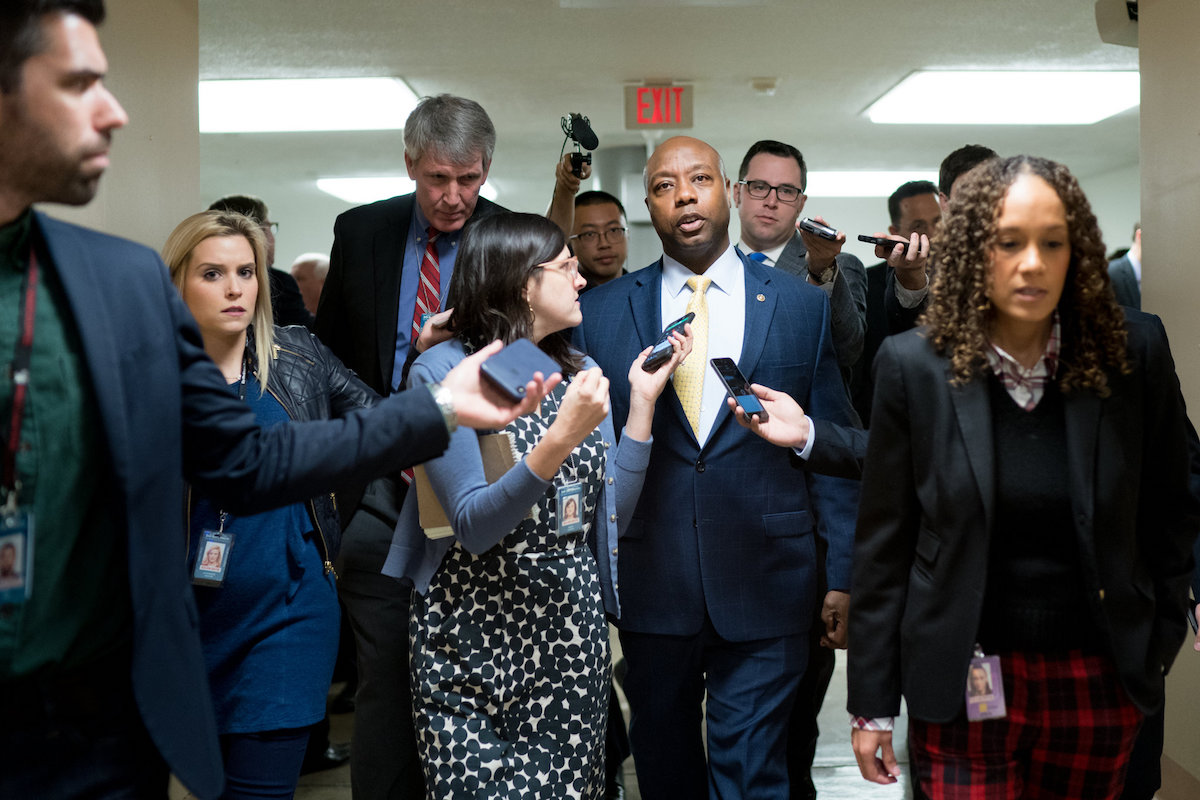 WASHINGTON — Tim Scott of South Carolina, the lone black Republican senator, said on Thursday that he would oppose the judicial nomination of Thomas A. Farr, a lawyer who defended a North Carolina voter identification law and a partisan gerrymander that a federal court said was drafted to suppress black votes “with surgical precision.”

Mr. Scott will join Senator Jeff Flake, Republican of Arizona, who has vowed to oppose every White House nominee unless the Senate votes on legislation to protect the special counsel, Robert S. Mueller III. With Democrats united against Mr. Farr, his nomination to a United States District Court appears doomed.

Mr. Scott’s decision marks the second time he has brought down a White House judicial nominee who was seen as insensitive or hostile to African-Americans. He had previously helped to sink the nomination of Ryan W. Bounds over his writings in college, which upbraided “race-focused groups” on campus and “race-think.”