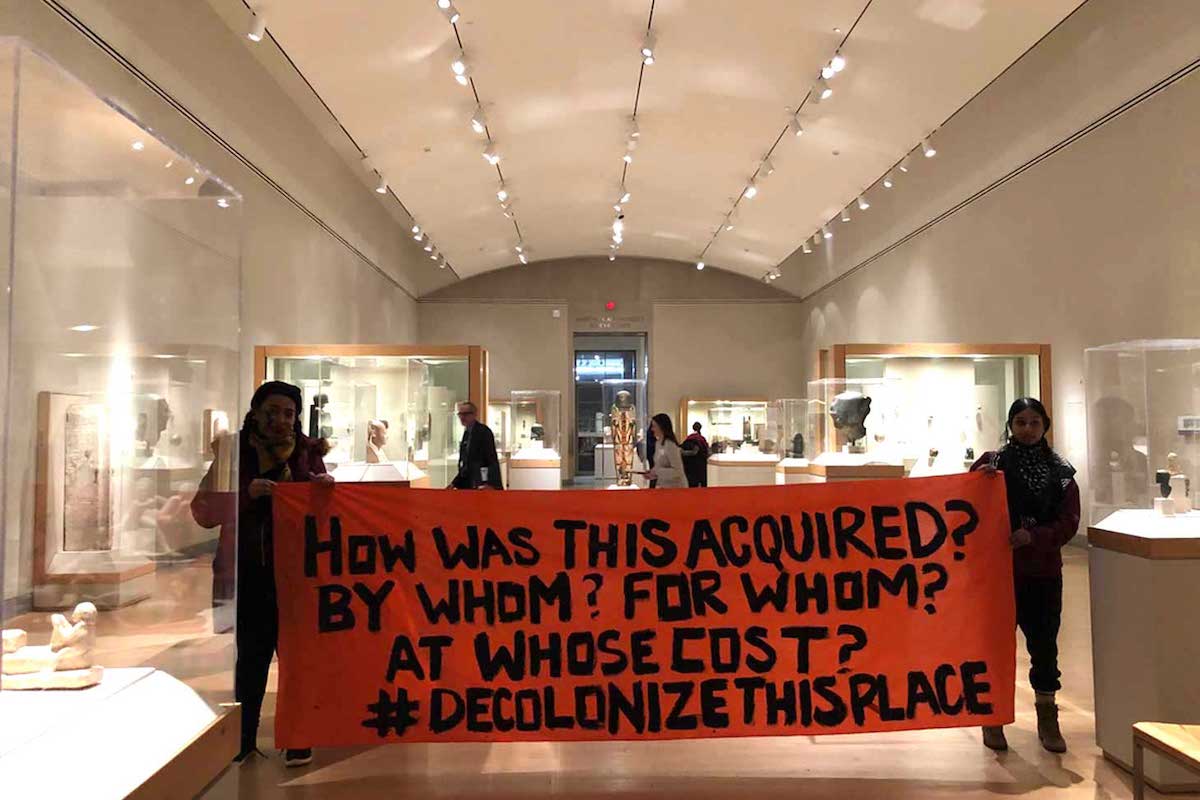 Jasmine Weber , Hyperallergic
Decolonize This Place activists in the third-floor Egyptian galleries (all images by the author for Hyperallergic unless otherwise noted). Featured Image

Simultaneous to today’s protest at the RISD Museum, activists from Decolonize This Place gathered at the Brooklyn Museum to protest the objects in the museum’s collection acquired by past imperial conquest.

The front of the handout disseminated at today’s action (courtesy of Decolonize This Place). Image Credit.

The organization has protested at the museum on numerous occasions, adamant that its administration establish a “Decolonization Commission.” An organizer with Decolonize This Place, Amin, said as the activists prepared to enter the museum, “This action, in a way, is a reminder to the museum. It lays out what the museum has yet to respond to, which is why we’re here.” He explained, “This is about us being present and delivering a message. It’s really not a protest.” Amin called the banners they had prepared an extension of the shows on display, saying they were art in conversation with the exhibitions.

The group first entered the museum’s top floor, the entryway to the expansive and well-received exhibition Soul of a Nation: Art in the Age of Black Power.