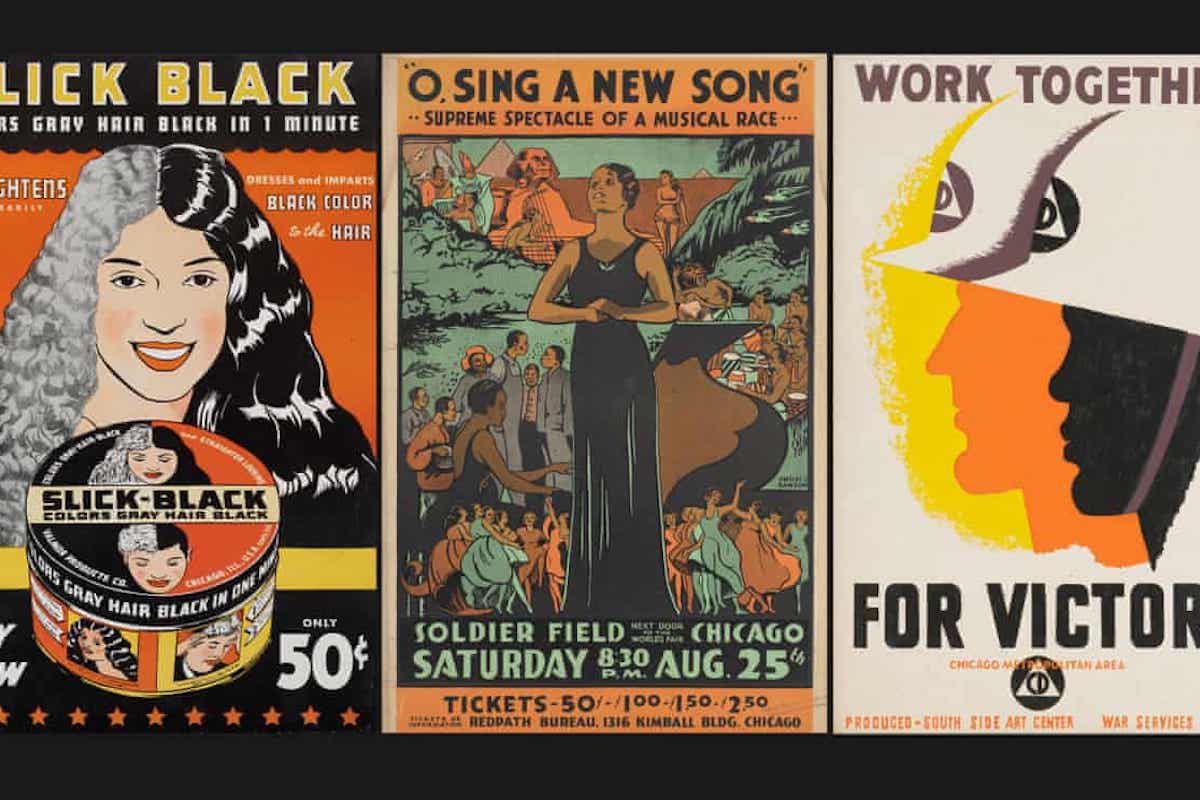 Nadja Sayej , The Guardian
A selection of materials from Charles Dawson: an advertisement for Slick Black, O Sing a New Song, plus Together for Victory by an unknown designer. Composite: James Prinz Photography, Chicago. Featured Image

The first known African American female cartoonist was Jackie Ormes, who not only penned cartoon strips throughout the 1940s and 1950s, but designed a black doll called the Patty-Jo doll, which was released in 1947. 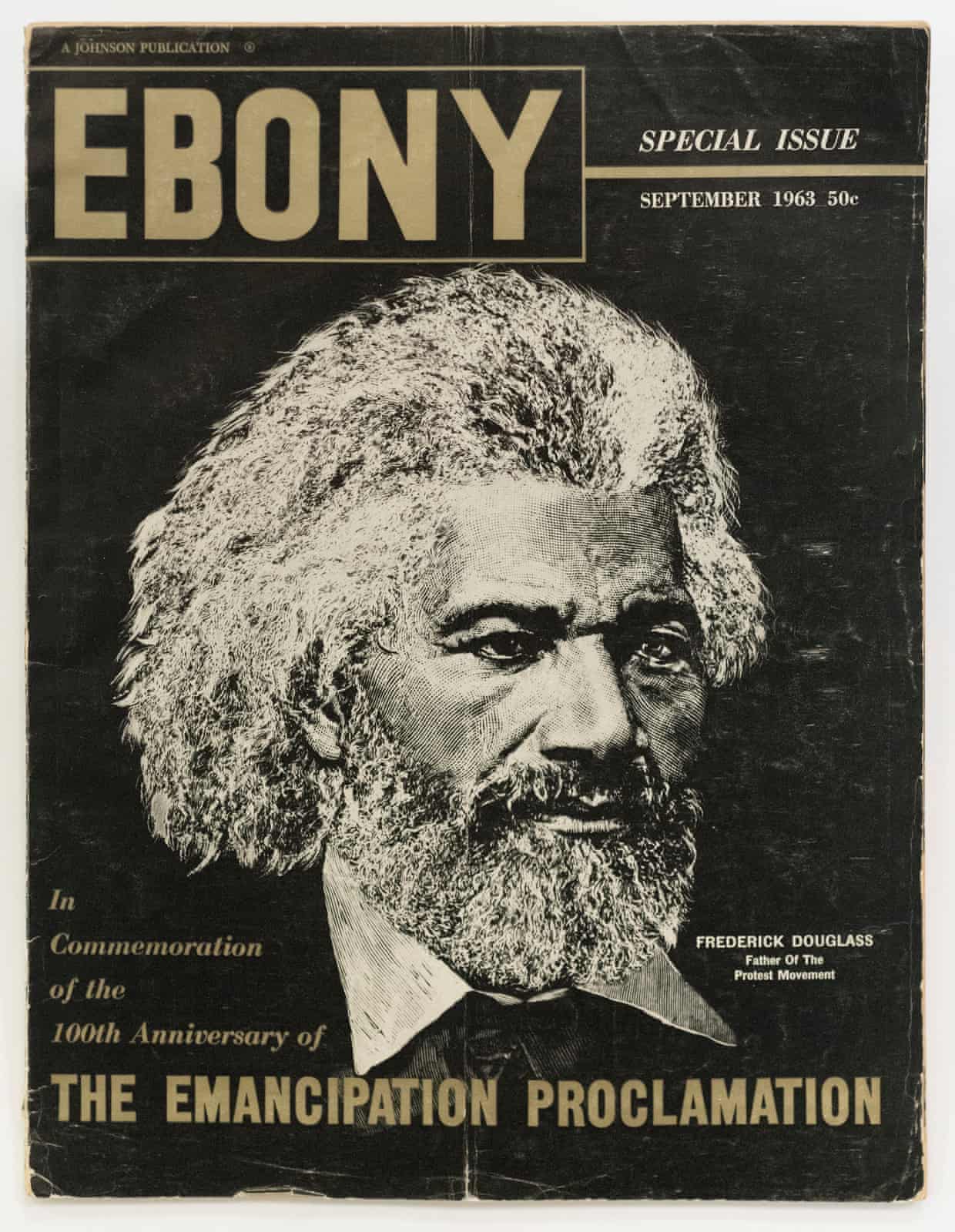 A 1963 issue of Ebony, with Frederick Douglass on the cover. Image Credit. Photograph: James Prinz Photography.

Patty-Jo, a precursor to Barbie, which came in 1959, was based on a cartoon strip character of the same name, had an extensive wardrobe with preppy shoes, winter coats and ball gowns – and had the brains to go with it.

In a cartoon strip from 1948, Patty-Jo asks a white woman: “How’s about getting our rich Uncle Sam to put good public schools all over so we can be trained fit for any college?”

The doll is on view in a new exhibition in Chicago, African American Designers in Chicago: Art, Commerce and the Politics of Race, at the Chicago Cultural Center. Featuring more than 50 design works, it highlights prominent black figures who worked between 1900 and 1980 in graphic design, editorial and product design, billboard ads, and created the first black-founded ad agency.

The seeds of the exhibit were planted in the 1990s, when University of Illinois professor Victor Margolin started to explore a gap in the history of American design.