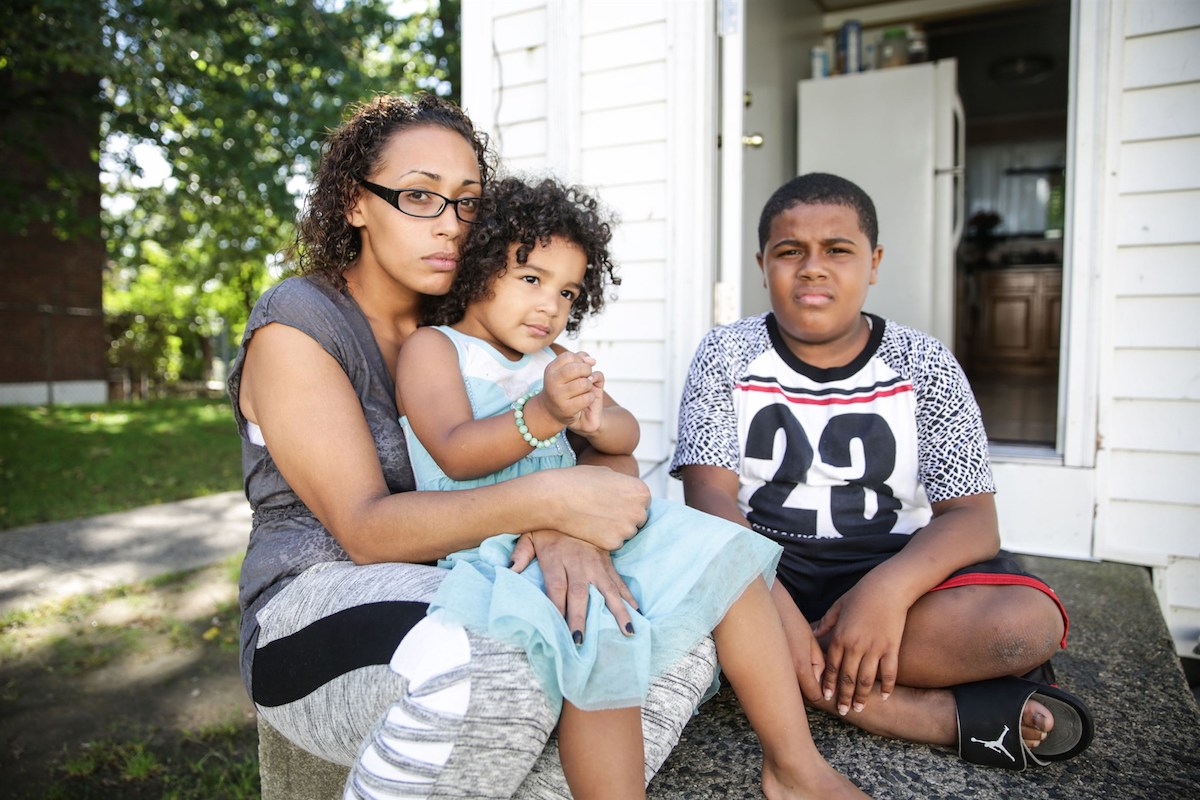 Suzy Khimm, Laura Strickler, Hannah Rappleye and Stephanie Gosk , NBC News
Ashley Matos sits with her daughter Izabella, 3, and son Jayden, 9, outside their home in Hartford, Connecticut. The apartment, subsidized by the Department of Housing and Urban Development, is infested with mold and rodents and has other serious problems, including a leak in her son’s bedroom that empties onto an electrical outlet when it rains. Hannah Rappleye / NBC News. Featured Image

HARTFORD, Conn. — The mold started in the basement. But it soon spread to every corner of Rondesha Brooks’ government-subsidized apartment, covering the walls of the living room, the back of the couch and even her daughter’s shoes. The stench quickly filled the house, and Brooks, 28, feared for her daughter, who is 12 and has asthma. 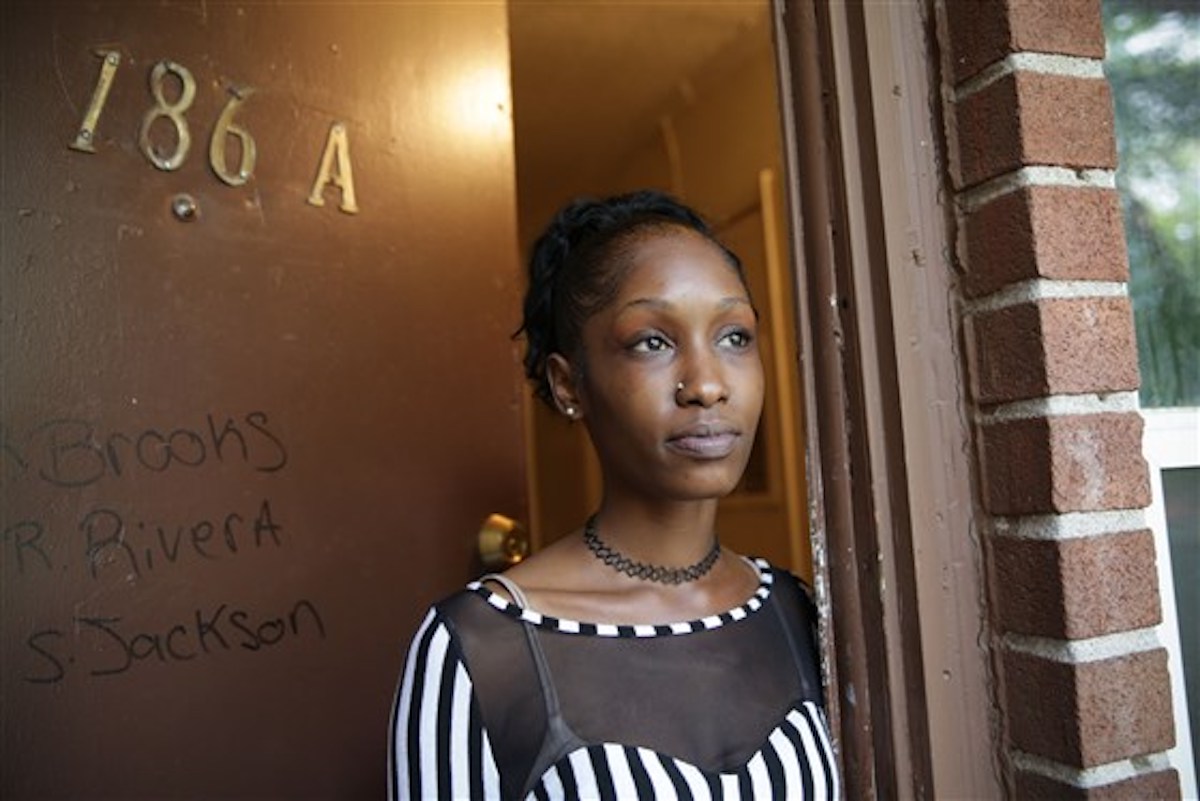 “It’s not safe to live in,” said Brooks, who works as a cashier at a fast-food restaurant.

A federal housing inspection in February confirmed living conditions were abysmal — not just in Brooks’ home, but throughout the 52-unit Section 8 development known as the Infill apartments. The property scored only 27 points out of 100, far below the 60 points needed to pass the mandatory health and safety inspection.

The failing score was supposed to prompt swift action by the Department of Housing and Urban Development and the building’s private landlord, who has a multimillion-dollar federal contract to rent the property to low-income residents, according to scores obtained by NBC News. With citations for exposed wiring, missing smoke detectors and bug infestations, the Infill units racked up 113 health and safety violations — including 24 that HUD deemed “life-threatening.”

But more than nine months after the inspection, federally mandated deadlines for action have come and gone, and residents say little has changed. The black mold keeps spreading beyond the thin coat of paint that the landlord recently put on Brooks’ walls and is now creeping up her couch, no matter how much she cleans. Next door, roaches crawl all over her neighbor’s kitchen, where the ceiling collapsed this summer; the neighbor struggles to keep bedbugs from biting her 1-year-old granddaughter.

“How could they let someone get away with doing something like this?” asked Brooks.

From his earliest days in office, HUD Secretary Ben Carson has repeatedly said he joined the Trump administration to fix the “rats, roaches, bed bugs, mold, lead and violence” that he witnessed as a surgeon in low-income communities. Under the Trump administration, the number of HUD apartments cited for unsafe, unhealthy and physically deteriorating living conditions has been on the rise.