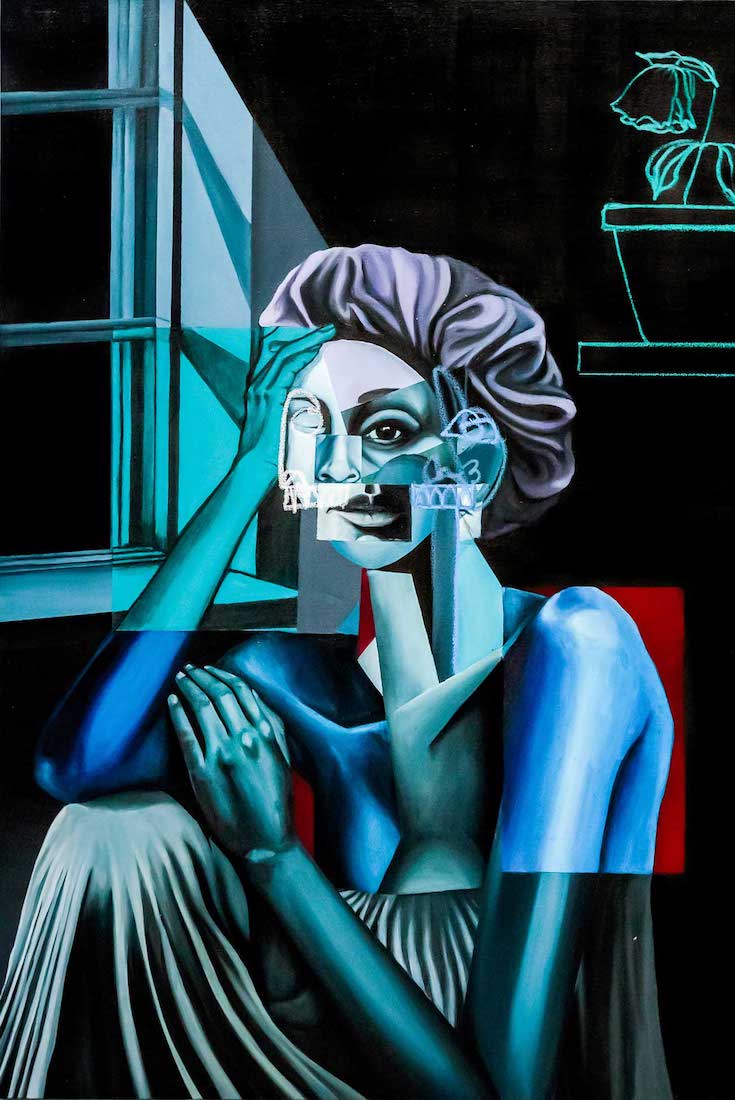 Artist Malik Roberts has conceived a blue period of his own, drawing from the likes of Pablo Picasso to Renaissance sculpture, to undo mythologies and misconceptions surrounding mental health in the Black community. He bathes his figures in blues and blacks, warmed with dimensional highlights of red and orange, to evoke somber revelations of internal turmoil. Roberts is painting people and communities coming undone. 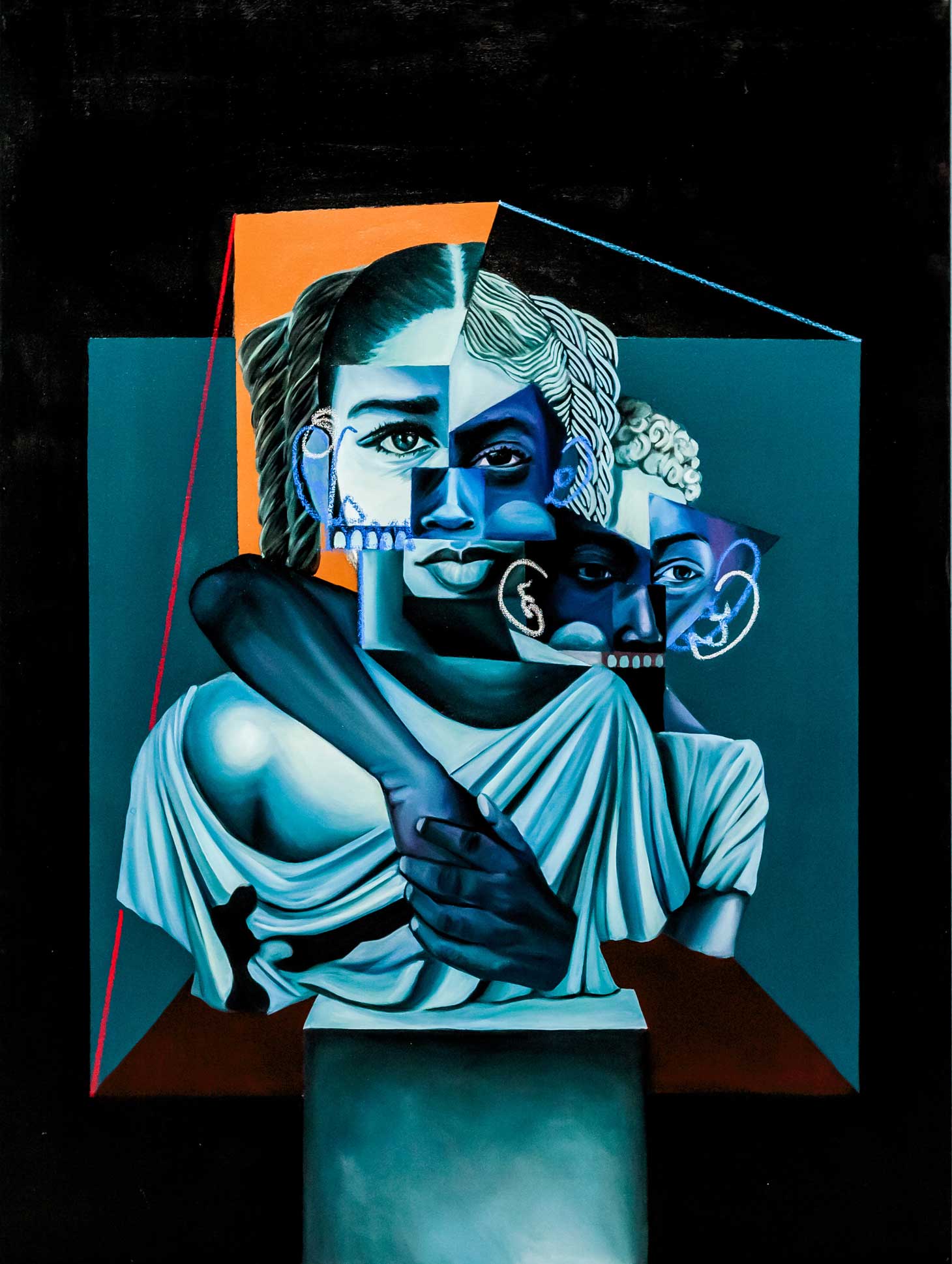 In past work, Roberts used bright, polychromatic color schemes and celebrity figures, like Superman and Kim Jong Un, to comment on societal shortcomings and the infiltrating presence of popular culture. But in Blk & Blue at ABXY Gallery, Roberts more astutely explores the universality of anonymity, rendering characters who could stand in for anyone — a cousin, a sibling, a parent, yourself. These people don’t have names or identities, but you know who they are.

Roberts explores the ways PTSD, anxiety, depression, and bipolar disorder manifest in communities afflicted by poverty, racism, broken windows policing, and violence. He recognizes mental health as a communal issue, as well as a personal one, by considering the environmental factors affecting the mental health of entire communities.