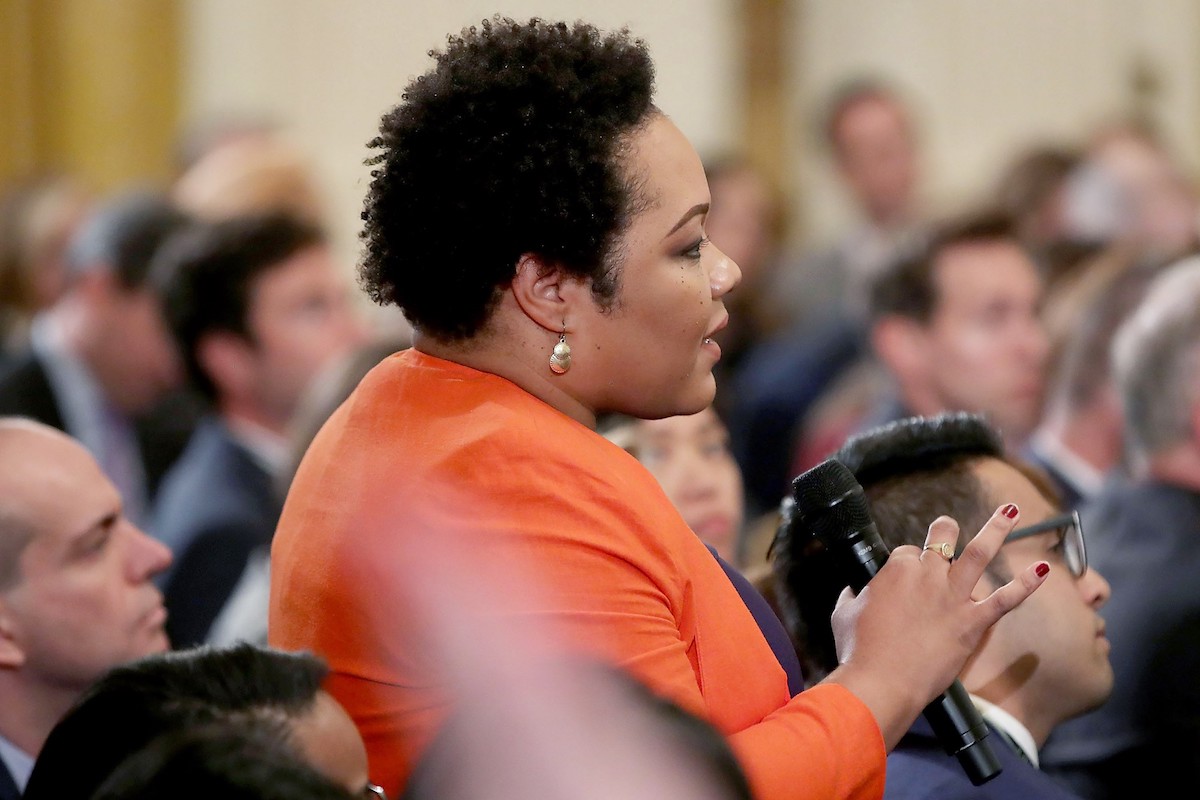 In a recent press conference, Donald Trump demonstrated how every conversation with a racist goes when the subject comes up. He was asked by PBS reporter Yamiche Alcindor about his own comments about being a “Nationalist” and she added, “ There are some people that say that now the Republican Party is seen as supporting white nationalists because of your rhetoric. What do you make of that?” After fumbling for an answer, Trump repeatedly said, “That’s a racist question!”

Calling someone else a racist is the go-to statement when asked to discuss let alone defend statement when called upon to discuss uncomfortable topics involving race. In their mind, it absolves them of any responsibility to engage further because they have now called you the racist. They win… game over. Only the situation that prompted the original question hasn’t gone anywhere and true racism is alive and well. In this case, Trump is still a proud Nationalist and in his rambling defense, he again contrasted himself with “Globalists” which is a long-standing code word for Jews. A veritable trade industry has sprung up of Trump loyalists trying to explain what Trump “really means” when he uses racist language.

For purposes of this conversation, Trump is merely the example and not the topic. It’s your average, every day, sometimes anonymous Twitter or Facebook responder whose only escape from the topic of race is to turn around and call you a racist. These people believe that for them to be considered racist is the most heinous and insulting thing imaginable yet can’t grasp that the policies and statements they’re defending are actually racist, in effect if not intent. Bring up voter suppression and watch them spin out of control, especially when you mention the disparate racial impact of these laws intended to have exactly the effect they do. When forced to talk about the omnipresent accompanying laws in addition to Voter ID whose sole purpose is to make it harder to vote, especially minorities. The only out is to call you a racist, or to say, “you’re just playing the race card.”

The thing is, people that aren’t racist aren’t stymied when they are called one. They see thru it as a distraction and stay focused on the topic at hand. We see your feeble attempts to avoid the subject and inability to articulate a defense that makes the concept of racism go away without actually addressing race as an integral part of the discussion. Another example would be the defense of racial Gerrymandering and claiming despite an acknowledged racial impact, the intent was merely partisan therefore it’s okay.

Politicians, in particular, have long been saying, “America needs to have a discussion about race.” That discussion doesn’t end when one side tries to end it by saying, “You’re racist.” That’s probably the point where the real discussion is about to begin.