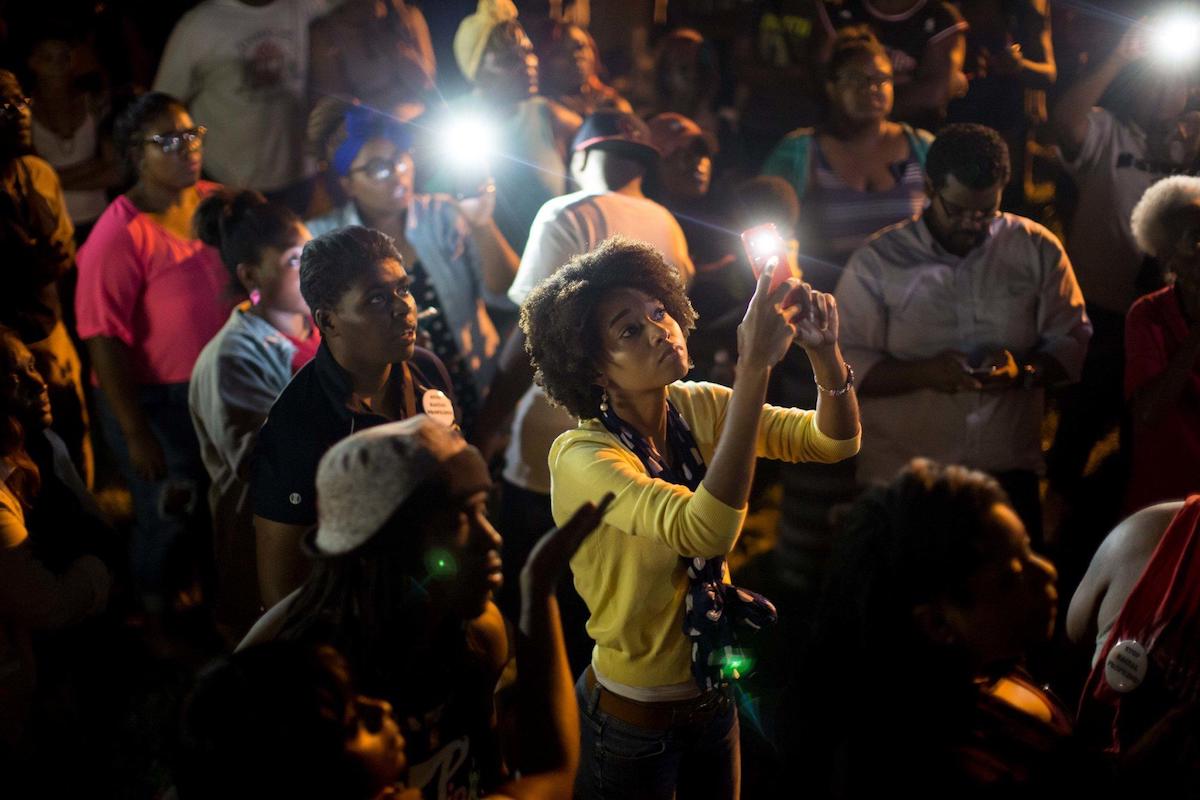 Stacey Abrams’s Prescription for a Maternal-Health Crisis | The Atlantic

Vann Newkirk , The Atlantic
Members of the community gathered in Dellwood, Mo., to protest the fatal police shooting of Michael Brown. The unarmed 18-year-old was killed on Aug. 9 after a confrontation with a Ferguson, Mo., police officer. Whitney Curtis for The New York Times. Featured Image

The 2018 elections will mark one of the most consequential civic moments for black voters and candidates in modern times. No black governors currently hold office, but this fall could bring as many as three into power, and also promises a slate of black candidates rivaling that of any election year since Reconstruction. Black voters showed up in 2008 and 2012 in historic levels during Barack Obama’s two elections, but 2018 and 2020 will be new tests for black turnout—and for how far an anti–Donald Trump movement can go.

But with so much history potentially on the horizon, there are storm clouds, as well. The American public’s faith in civic and democratic institutions has plummeted in recent years, and many theorists have named isolation, the collapse of communities, and the degradation of civics as key factors in Trump’s rise. While minority and women candidates are having a banner year, restrictions to the ballot in black and Latino communities have intensified. And, as a new poll conducted in August and September by the Public Religion Research Institute (PRRI) and The Atlantic finds, black political and civic participation has been especially damaged in the past two years. As the 2018 elections loom, that damage will be a critical factor in determining just how far black votes will carry.