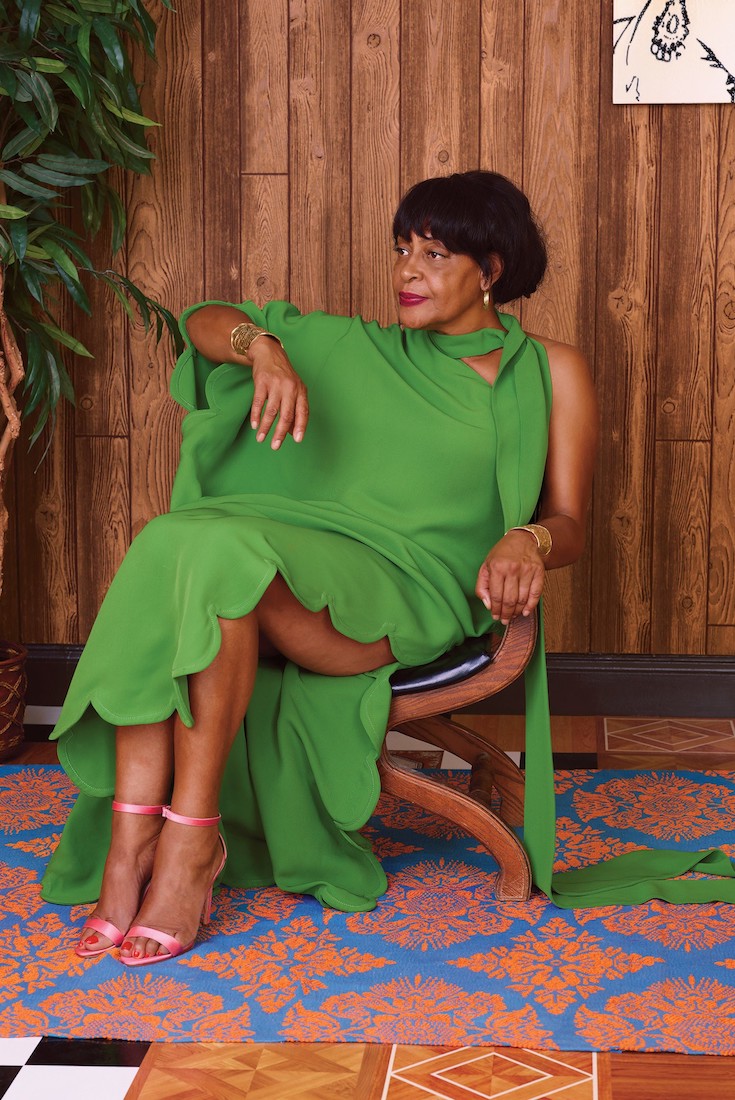 ON CARRIE MAE WEEMS’S deck in Syracuse, N.Y., locusts are buzzing about the space like doomsday portents, emerging from the ground after 17 years only to drown boozily in our cups of rosé. It’s a warm day in late June, and a summer languor — or maybe it’s a news-cycle-induced torpor — is in the air, but Weems, perhaps our greatest living photographer, is juggling so many projects that when we were emailing to work out the interview logistics, she warned me, “We’ll need all your skills on this.” She is simultaneously working on a trio of shows: a retrospective at Boston College’s McMullen Museum of Art this fall, an installation for Cornell University and a group show she’s curating, “Darker Matter,” which will include a new series of her own, at the Park Avenue Armory around 2020 — a follow-up to the creative think tank of artists, musicians and writers she organized at the venue last winter titled “The Shape of Things.” 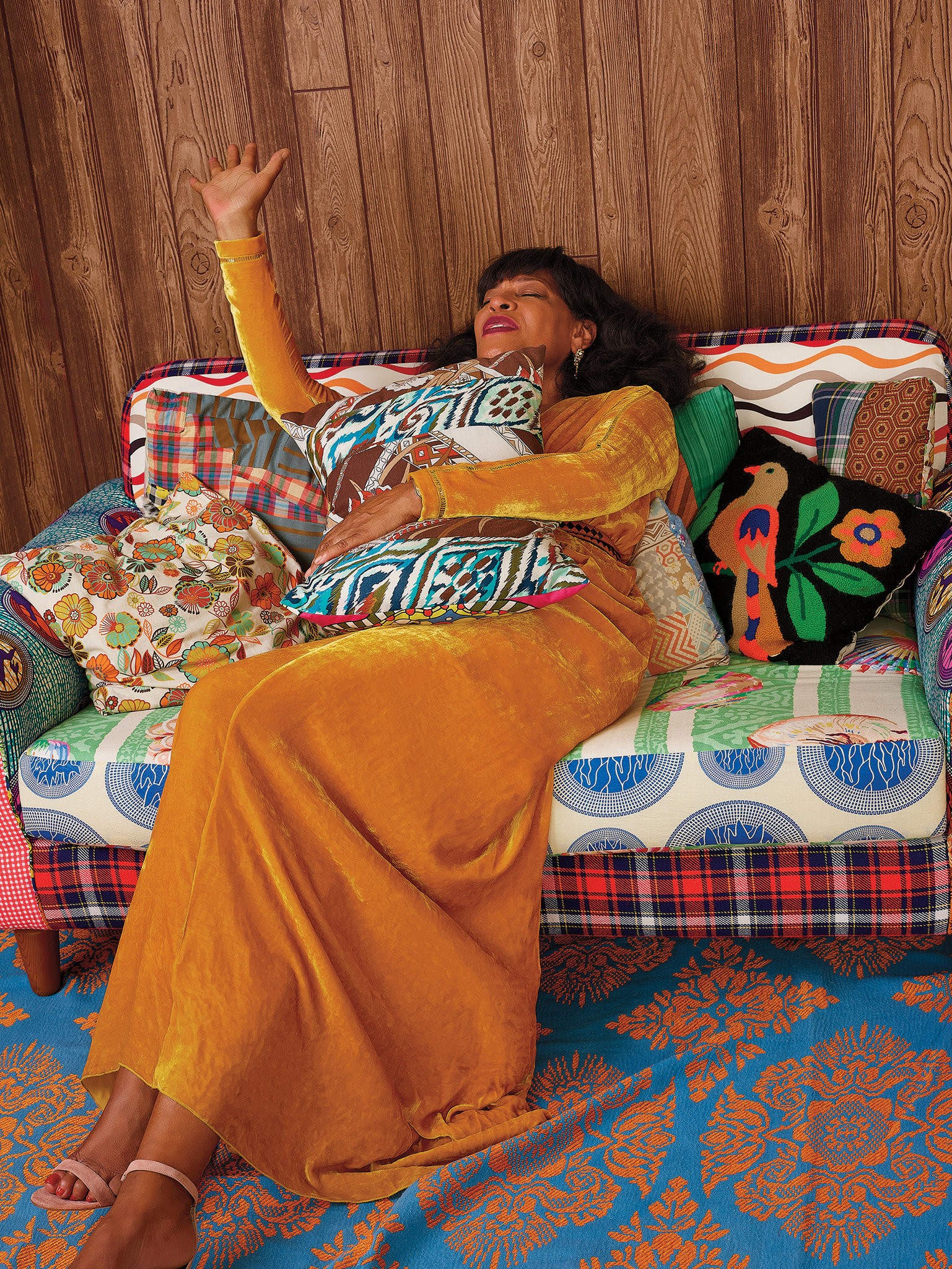 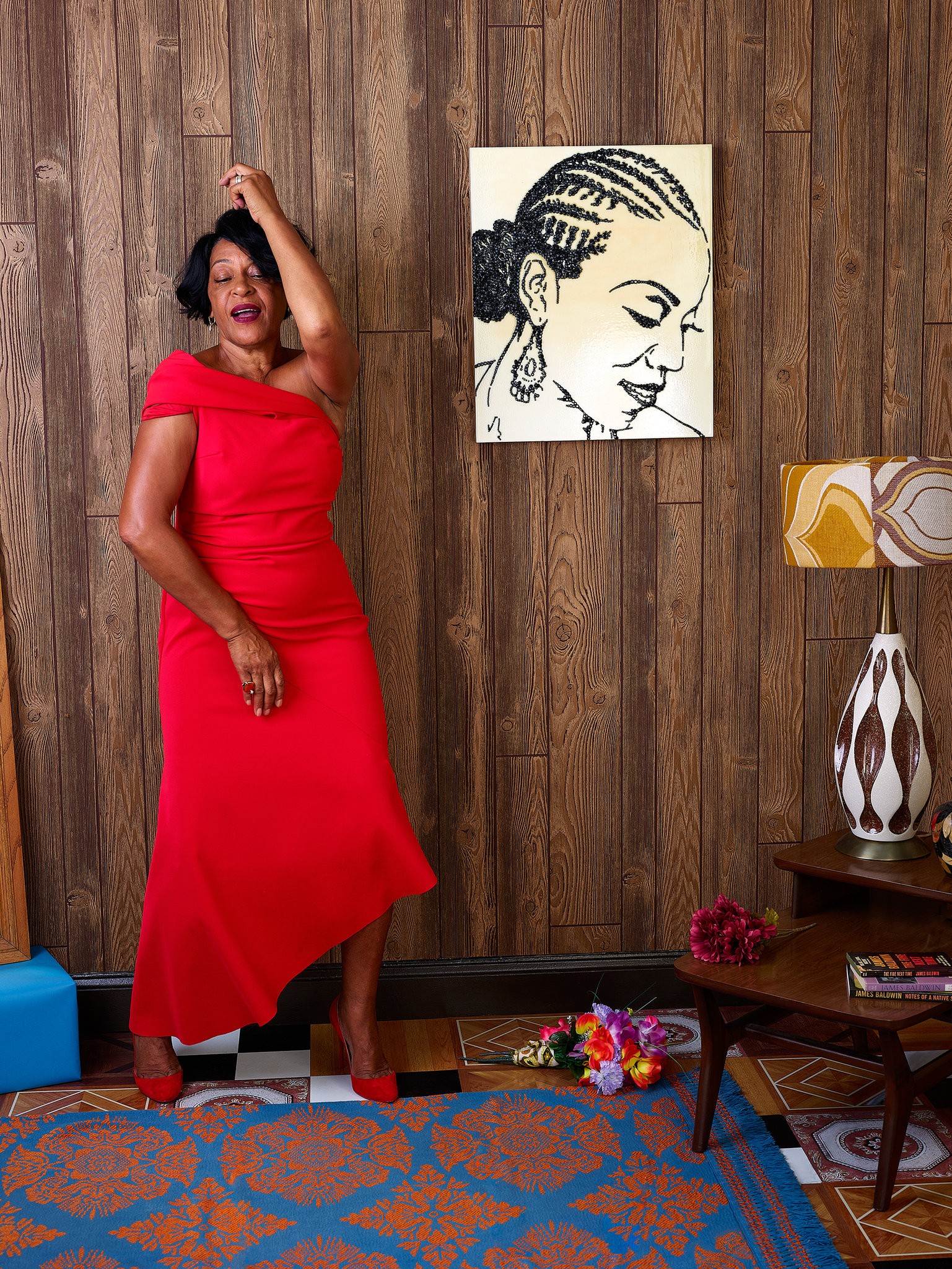 Weems was 20 when she first held her own camera; it was a birthday present from her boyfriend. Oscar de la Renta dress, oscardelarenta.com. Pomellato ring, pomellato.com. Christian Louboutin shoes, christianlouboutin.com. Weems’s own earrings and ring. Credit Photograph by Mickalene Thomas. Styled by Shiona Turini

But first, she wants to show me her peonies. A few weeks before we meet, she emailed me a JPEG of a flower in full bloom, a still-life hello. Frothy white with a bright yellow center, it wasn’t just any peony, but the W.E.B. DuBois peony, which was named for the civil rights activist after Weems called up the American Peony Society with the suggestion. (As she tells it, they happened to have a new variety in need of a name.) The flower was to be the centerpiece of a memorial garden for DuBois at the University of Massachusetts, Amherst — a small but characteristically thoughtful gesture from an artist who has made her career creating spaces for contemplation in the place of absence, rooting a troubled present in a painful past with projects that feel resolutely forward-looking and idealistic.

Weems, 65, who won a MacArthur Fellowship in 2013, the year before she became the first African-American woman to have a retrospective at the Guggenheim, has for some time existed in the cultural mythosphere. Her many admirers reserve an intense, almost obsessive affection for her that is rarely extended to visual artists: She is name-checked in a lyric on the new album by Black Thought and appears as herself in Spike Lee’s new Netflix series of “She’s Gotta Have It.” Her iconic 1987 picture, “Portrait of a Woman Who Has Fallen From Grace” — a photo that depicts Weems sprawled on a bed in a white dress, cigarette dangling from one hand — is on the cover of Morgan Parker’s poetry collection “There Are More Beautiful Things Than Beyoncé.” (Speaking of Beyoncé, Weems has been cited as an influence on the videos for “Lemonade.”) Any day now, surely, someone will name a flower after her.