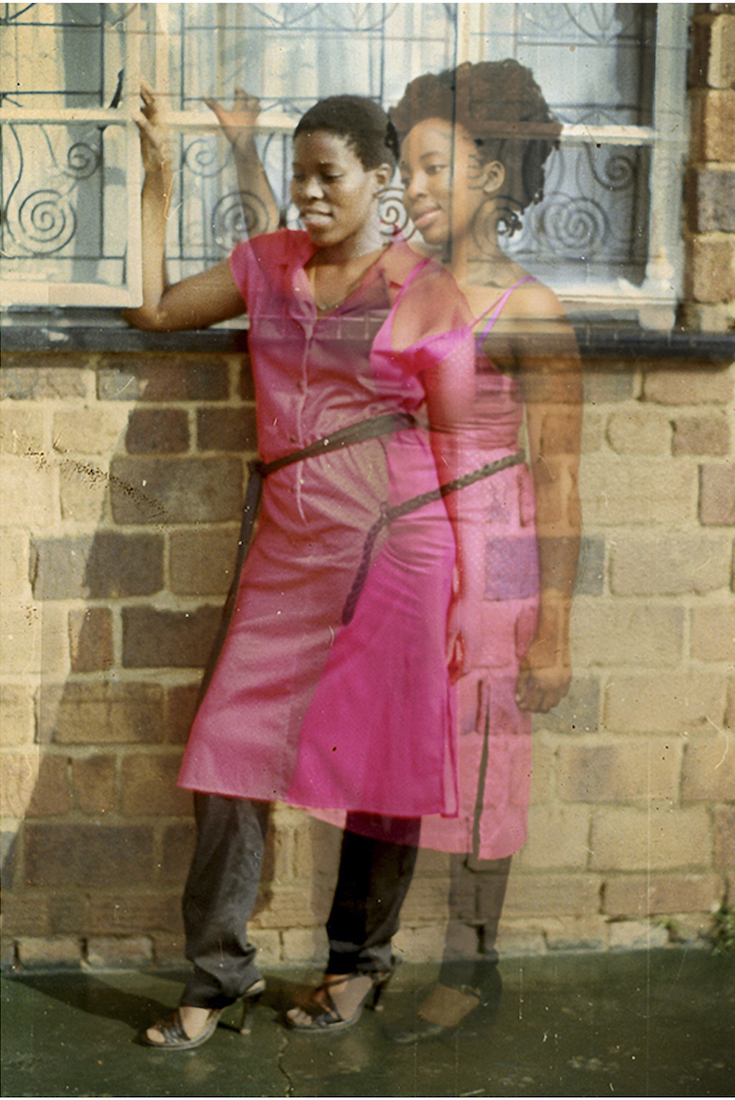 South African photographer Lebohang Kganye explores family and memory in her moving photo series Ke Lefa Laka: Her-story, completed between 2012 and 2013. In a conversation with Hyperallergic, she explains the genesis of the project after her mother’s death: “I began noticing that a lot of the clothes that she was wearing in these photographs from more than 20 or 30 years back still existed in her wardrobe and I could recognize the locations.” Kganye began to photograph herself in her mother’s clothes, recreating her poses and locations in family photos. She also digitally superimposed the images of herself onto the old photos, casting herself as her mother’s ethereal double. 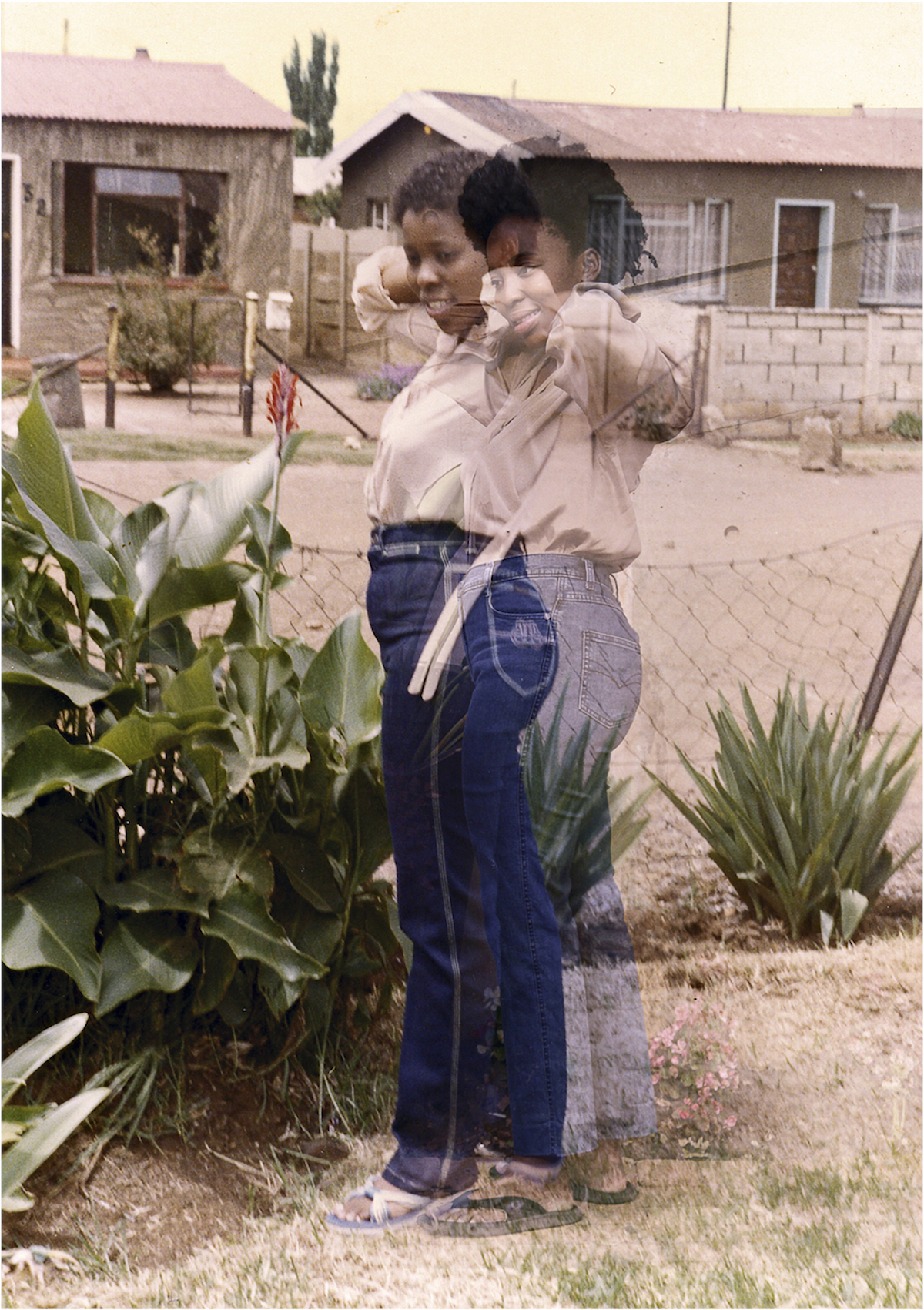 Far from being eerie, the resulting images are a poignant celebration of her mother’s spirit. In many of the photos, Kganye’s mother is young, and her style and seemingly vivacious personality are foregrounded. The emotional logic behind Her-story is easily recognizable — the adult desire to know one’s parents as complete people, separate from their parenthood. I would imagine this yearning to be particularly acute after a parent’s passing. Kganye describes the process of creating Her-story as “therapeutic.”