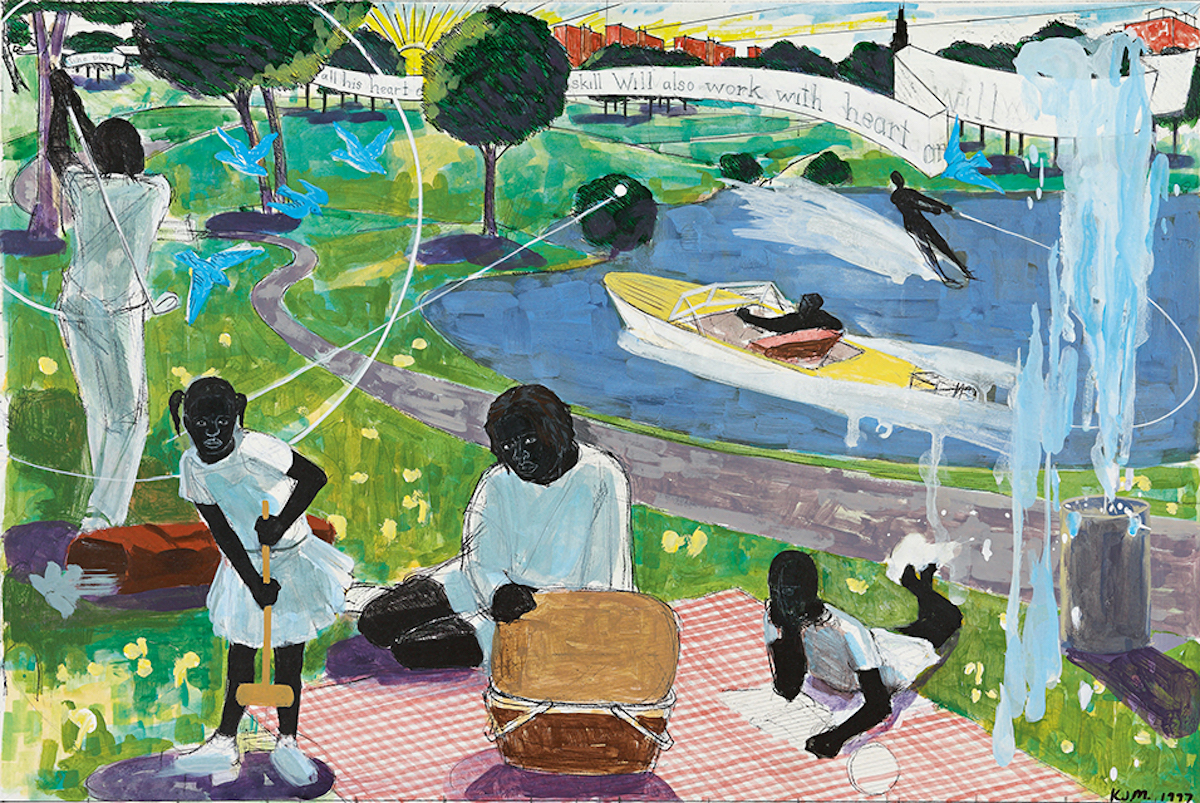 Charlotte Van Dercook, Head of Sotheby’s Contemporary Curated auctions in New York, remarked: “We are thrilled with the results from today’s auction, which saw our highest total since we began the Contemporary Curated auction series in September 2013. The sale brought outstanding prices for both established and emerging artists alike, and with particular strength in the market for works by African American artists including Kehinde Wiley, Faith Ringgold, Sam Gilliam and many others. We also established several auction records, including a record for a work on paper by Kerry James Marshall; a record for a Scramble by Frank Stella and a record for a work by Anne Truitt. We look forward to continuing this success as our Contemporary Curated sales expand, and are excited to use this momentum as we look to Hong Kong and London for our Contemporary auctions in the coming weeks.”

The auction was led by Frank Stella’s Scramble: Descending Green Values/Descending Spectrum, a remarkable embodiment of the exhilarating visual energy that characterizes the very finest of his oeuvre, which brought $2.7 million – an auction record for any Scramble painting by the artist. Enveloping the viewer in a dazzling surge of painterly force, the canvas from 1977 captures Stella’s incisive intellectual rigor as applied to the very tenets of painting.