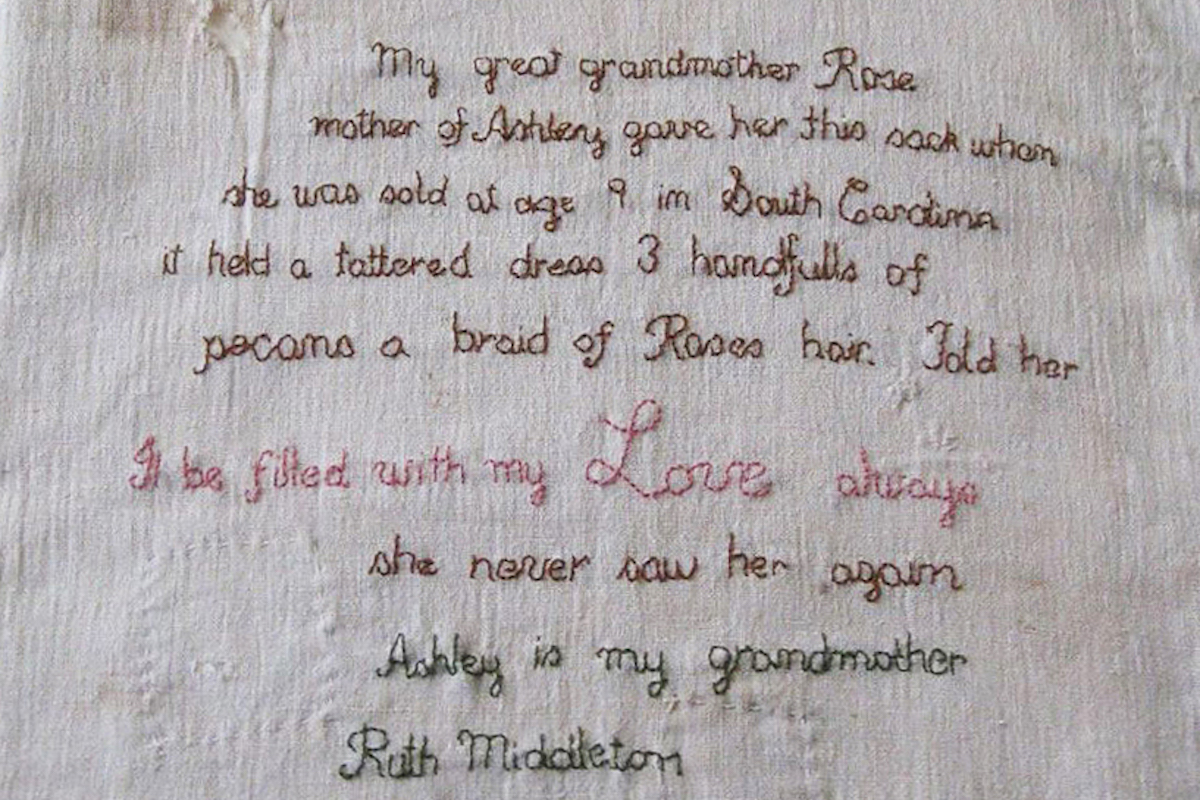 In Connecticut, a Teacher of the Year sets her sights on Congress | Yahoo

Amina Al-Sadi & Jeannie Yandel KUOW
The bag Rose, a slave and mother, gave to her 9-year-old daughter the day she was sold away. They never saw each other again. COURTESY OF MIDDLETON PLACE FOUNDATION, Featured Image

Her mother, Rose, remained a house slave at a mansion in South Carolina.

This was the 1850s, roughly a decade before Abraham Lincoln’s Emancipation Proclamation, setting slaves free. 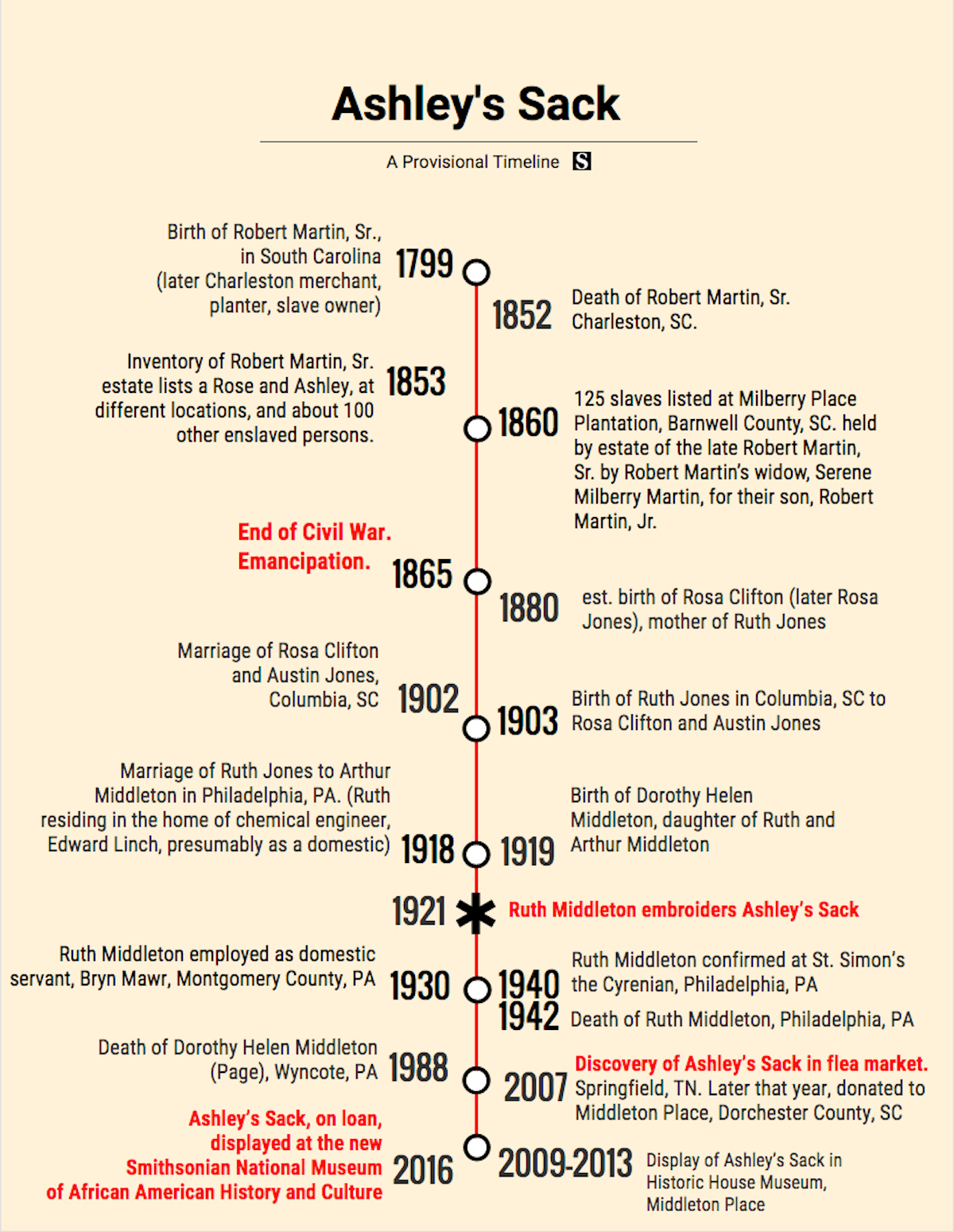 Before mother and daughter were separated, Rose gave Ashley a cotton sack. It contained a tattered dress, three handfuls of pecans and a lock of her hair. Rose told Ashley it was filled with love — always.

Ashley never saw her mom again, but she kept the sack. It was handed down through the generations, along with her story, to her granddaughter, Ruth Middleton.

Ruth, a single mom in Philadelphia, stitched her family story into the cloth sack in 1921.