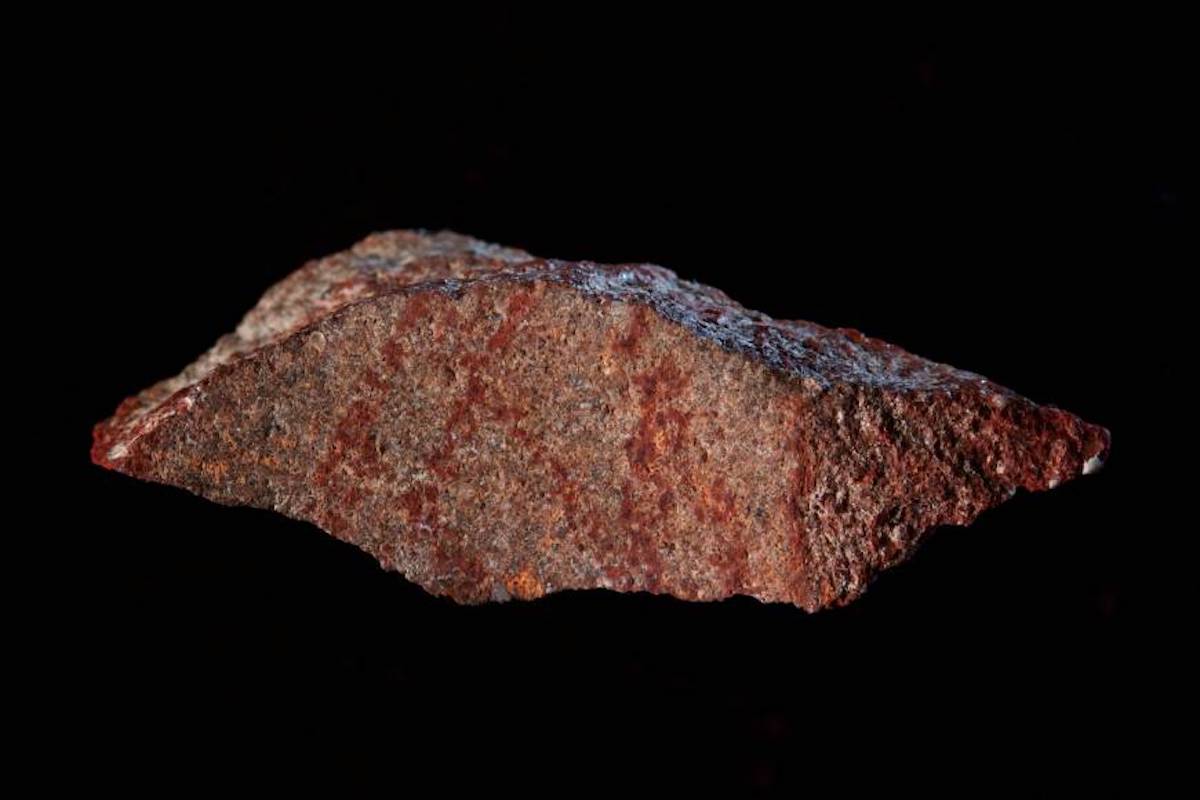 Nine red lines on a stone flake found in a South African cave may be the earliest known drawing made by Homo sapiens, archaeologists reported on Wednesday. The artifact, which scientists think is about 73,000 years old, predates the oldest previously known modern human abstract drawings from Europe by about 30,000 years.

“We knew a lot of things Homo sapiens could do, but we didn’t know they could do drawings back then,” said Christopher Henshilwood, an archaeologist from the University of Bergen in Norway and lead author of the study.

The finding, which was published in Nature, may provide insight into the origins of humanity’s use of symbols, which laid the foundation for language, mathematics and civilization.

The ancient drawing was unearthed in Blombos Cave, which is about 200 miles east of Cape Town. Archaeological deposits at the site date from 70,000 to 100,000 years ago during the Middle Stone Age. Inside the cave, scientists have uncovered Homo sapiens’ teeth, spear points, bone tools, engravings and beads made from seashells.