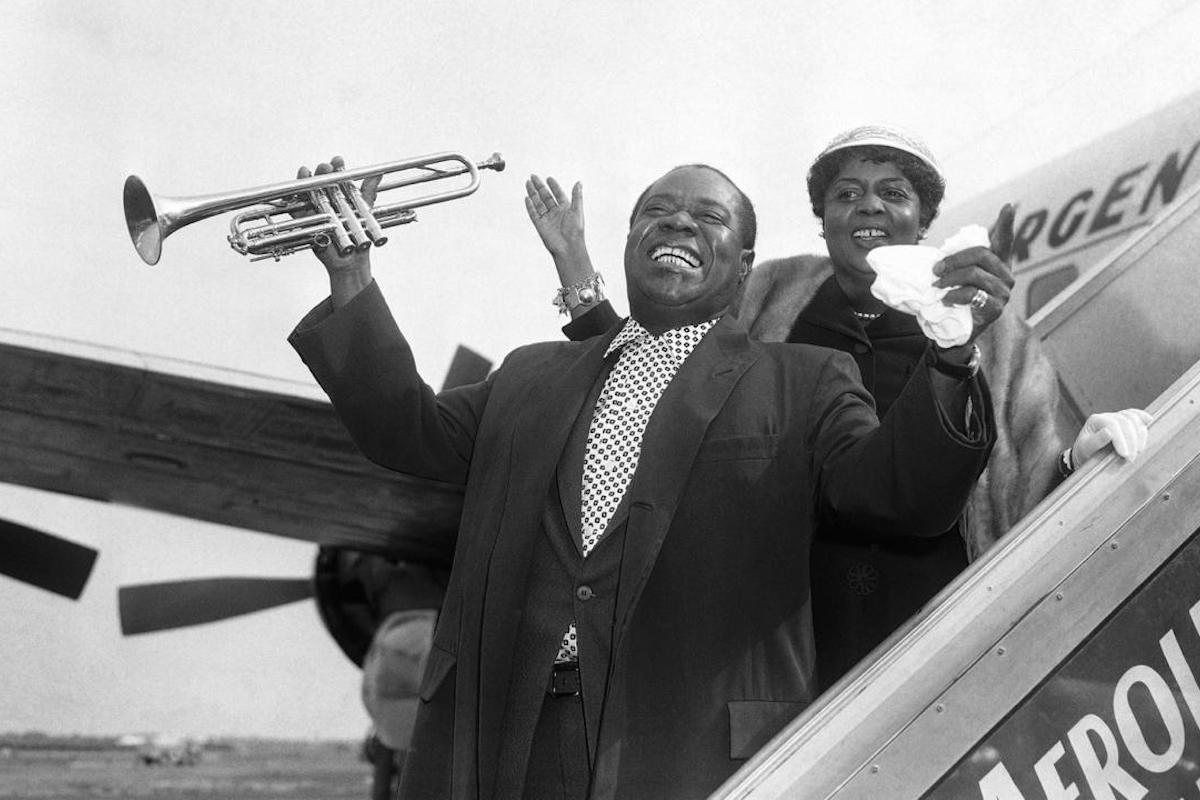 Armstrong traveled to Accra with CBS journalist Edward R. Murrow. The legendary broadcaster was in the process of filming a documentary on Armstrong, “Satchmo the Great.” They’d been on tour in Great Britain when Murrow convinced Armstrong and his band to stop over in Ghana for two days. Murrow envisioned getting shots of the cultural connection between an icon of Black American music and an African nation on the verge of freedom.

Ghana was still the Gold Coast then, and was in the process of transitioning to complete independence 10 months later. The first independent African nation, Ghana hosted many African American leaders, with Armstrong among the earliest.

Armstrong, his wife Lucille and the rest of his entourage were greeted by thousands at the Accra airport. They met with prime minister Kwame Nkrumah and visited a university, greeting fans all along the way. The visit was recorded by Robert Raymond, an Australian national and member of the Department of Information Services, who wrote about those heady early years in Ghan in his book Black Star In The Wind.