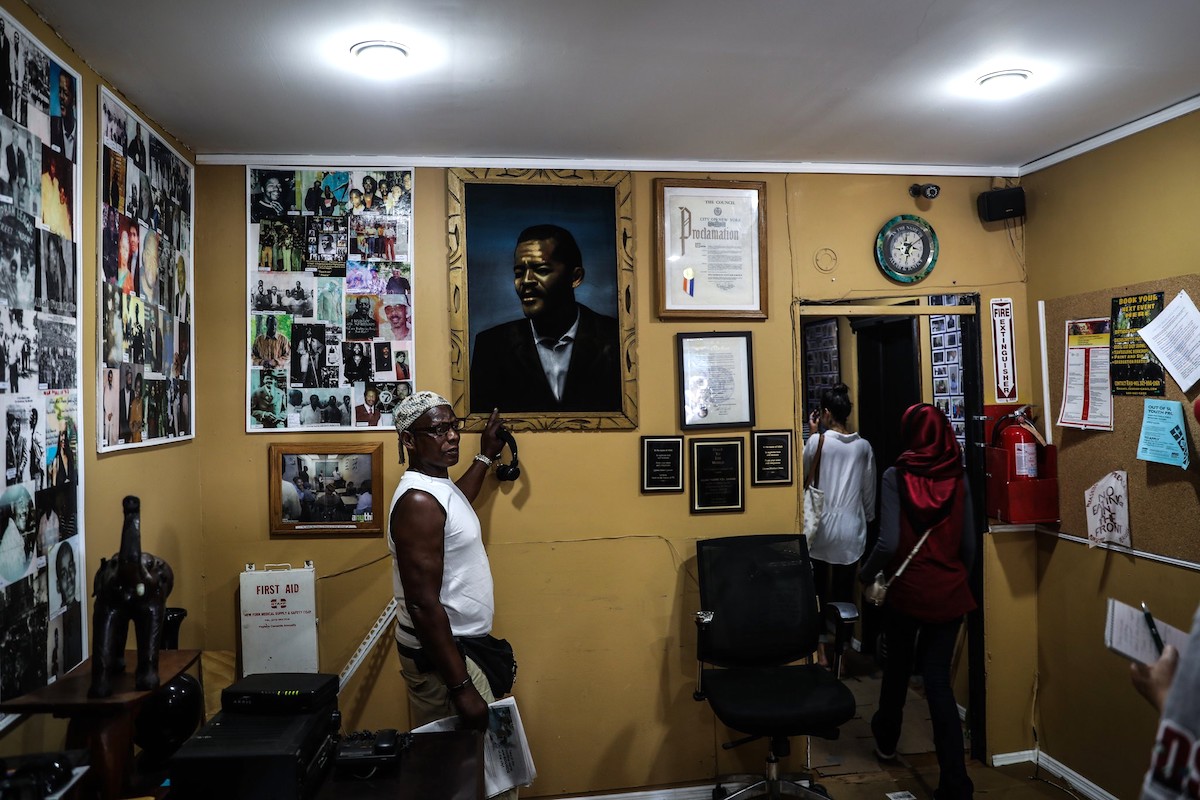 Sharon Otterman, The New York Times
A longtime member of the Five-Percent Nation points to a portrait of its founder, Allah, in the Allah School in Mecca Street Academy. The group splintered from the Nation of Islam in the 1960s.CreditMarian Carrasquero/The New York Times, Featured Image 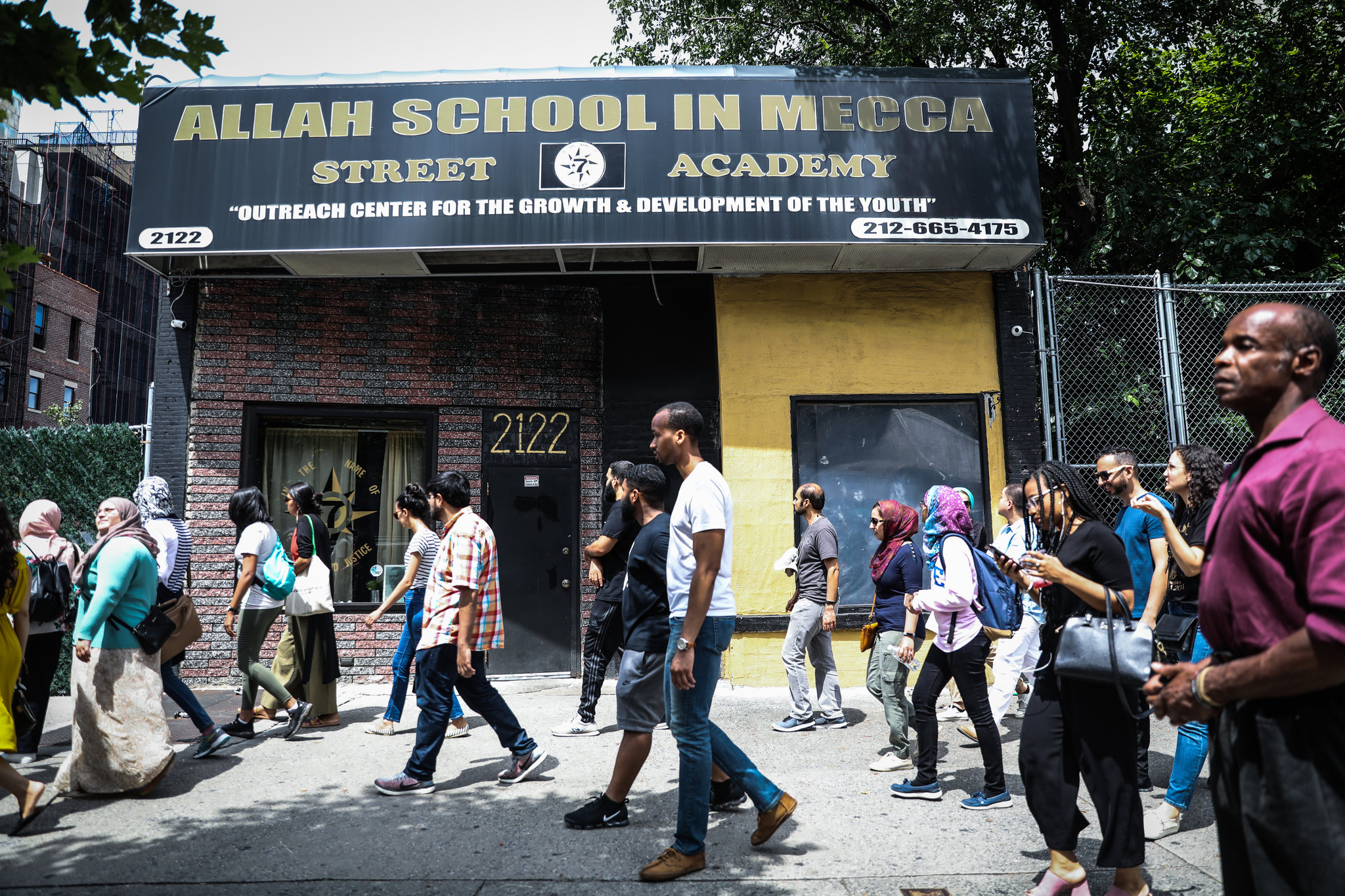 The tour passing the Allah School in Mecca Street Academy, which is home of the Five-Percent Nation. The storefront was given to the group in the 1960s by Mayor John V. Lindsay. Credit Marian Carrasquero/The New York Times.

So it is an apt time to remember what lies behind the rapidly changing streetscape, particularly the legacy of the man for whom the boulevard is named. That is the mission of Katie Merriman, a 32-year-old Ph.D. student from the University of North Carolina at Chapel Hill, who gives free walking tours about the Muslim history of Harlem about five times a year to help preserve a legacy that is at risk of being forgotten.

On the last Sunday in July, about 30 people gathered on a warm morning to walk through the Harlem streets for nearly three hours, to visit Muslim-related sites past and present. Many of the places Ms. Merriman pointed out were already gone or transformed beyond recognition. The site of the African National Memorial Bookstore, where Malcolm X studied black history into the night, is now a 19-story state office building. A local mosque, Masjid Aqsa, that served the area’s African Muslim immigrants, was pushed out in 2012 after its rent more than tripled, and its former site is now a vacant lot. (Two years later, it found a new home in East Harlem.)