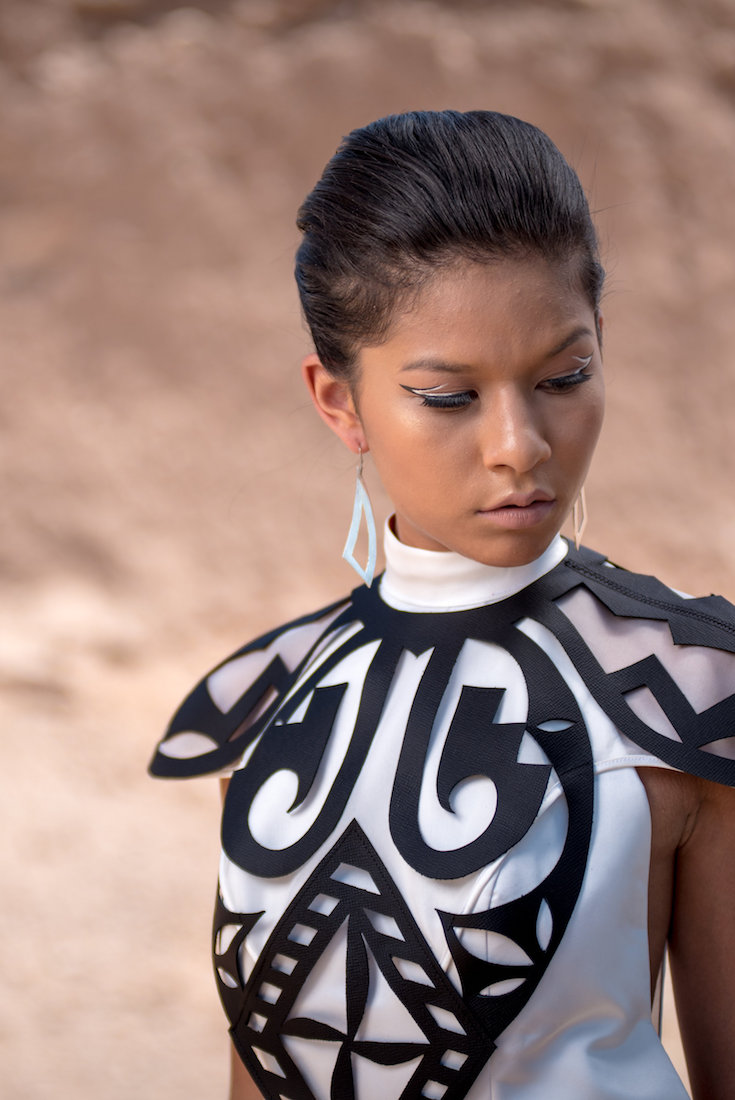 Acoma Pueblo designer, Loren Aragon is the mastermind behind ACONAV. He is channeling inspiration from Native American culture and creating beautifully crafted designs. The name ACONAV represents the cultures of Loren and his wife Valentina. Loren is from the Acoma Pueblo and Valentina is from the Navajo (Diné).

Aragon’s brand, based in Phoenix, originally started out as a greeting card company in 2008. Aragon explored the fine arts and then shifted over to jewelry making. His wife is the one who inspired him to pursue fashion design. 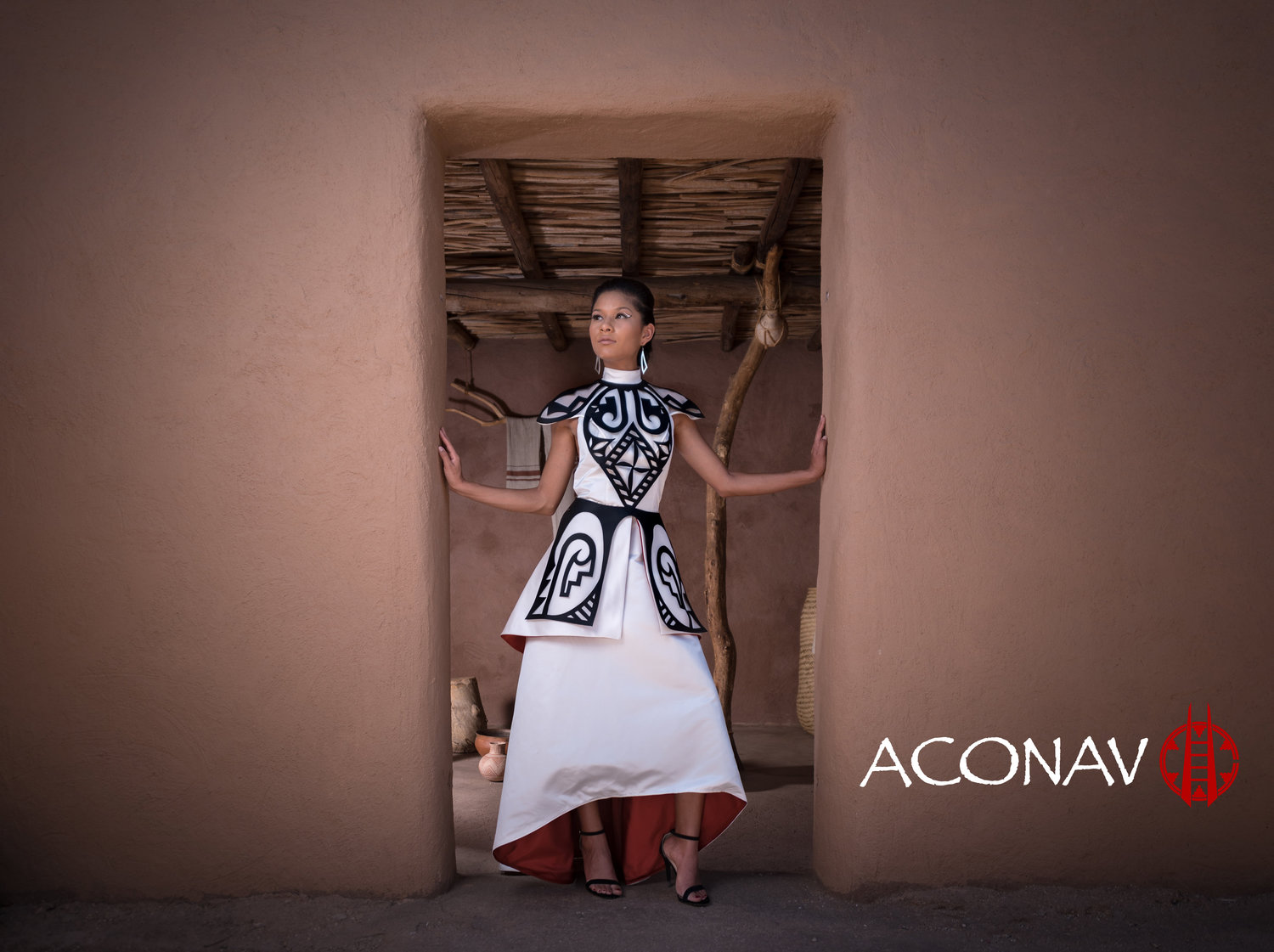 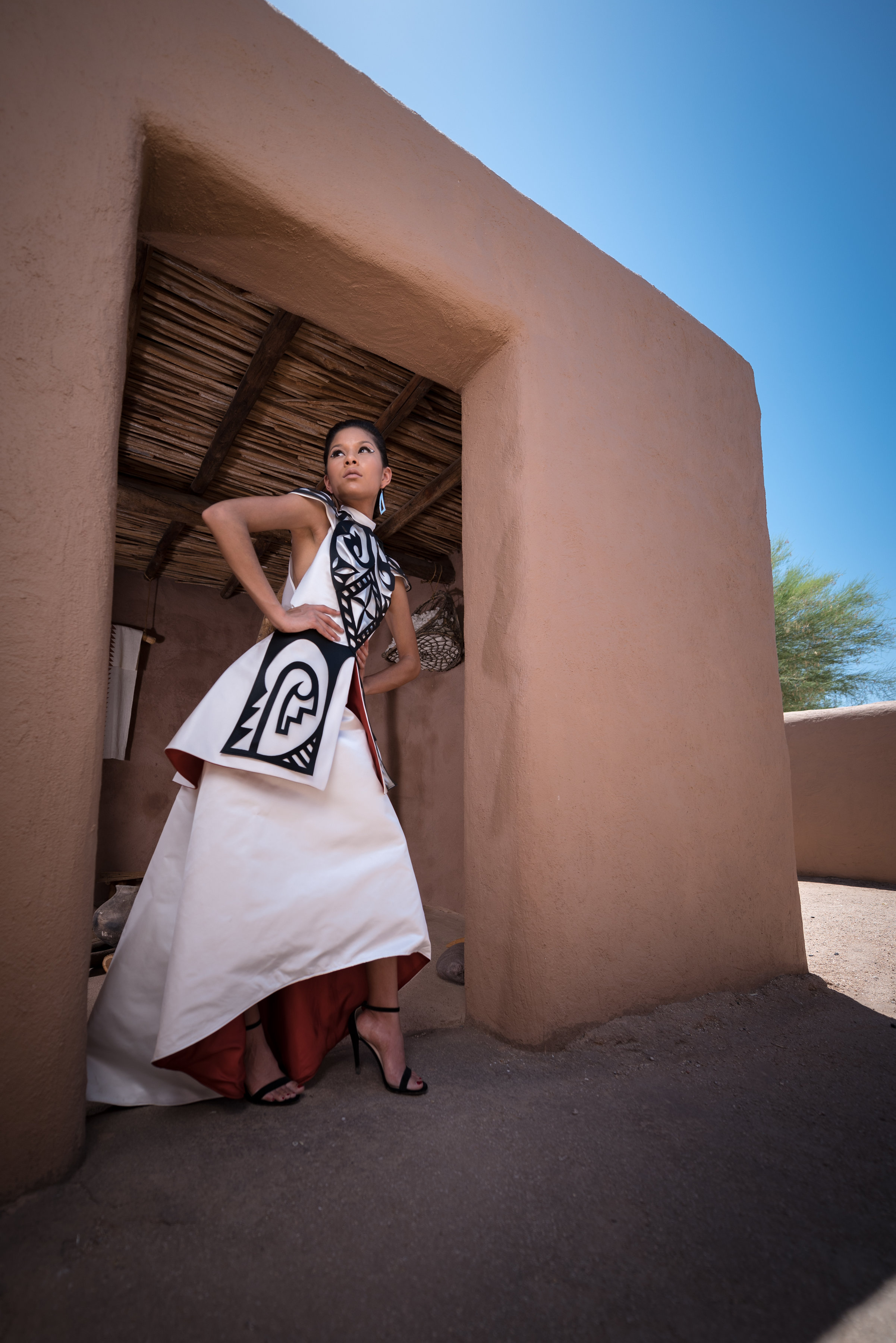 “It’s like painting a story,” said Aragon when asked about the creative process behind his designs.

ACONAV made its debut at Phoenix Fashion Week in 2016. Aragon came in close to winning Designer of the year. Aragon is very eager to showcase his new designs at this year’s fashion week.