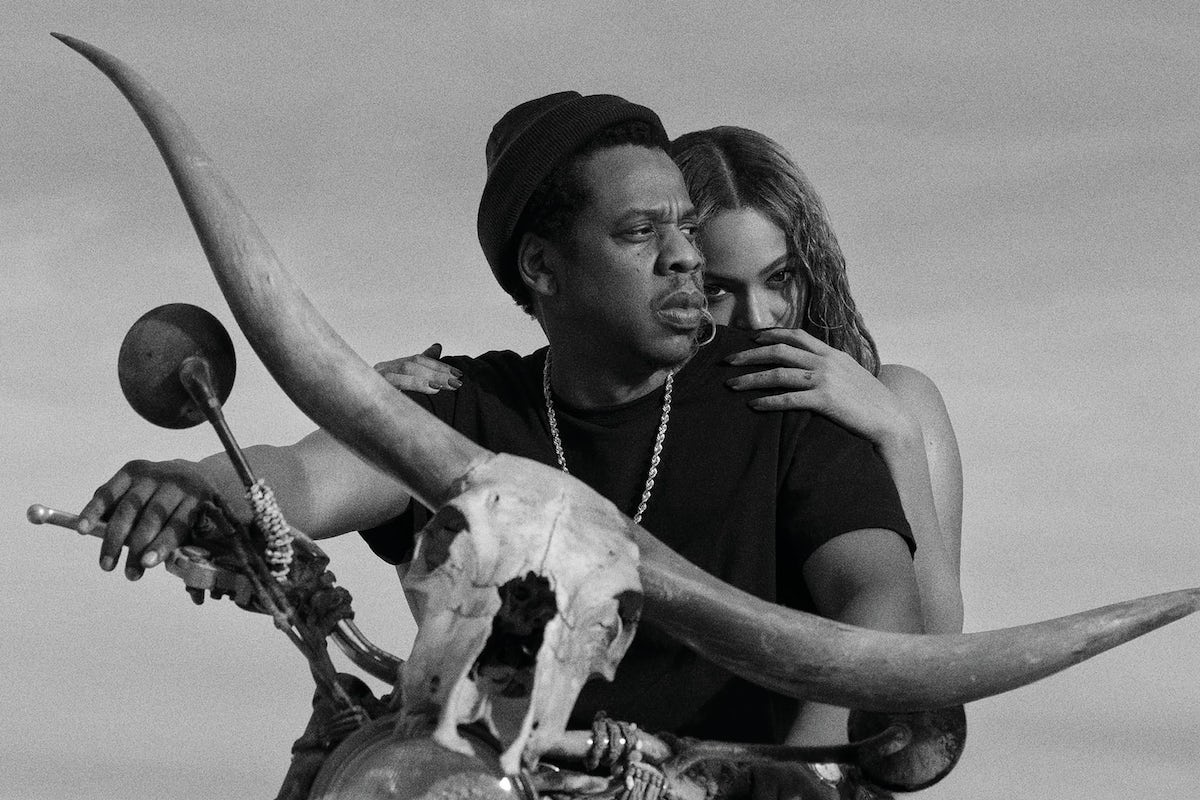 Ryan Gilbey, The Guardian
Beyoncé and Jay-Z pay homage to the Senegalese film to promote their 2018 On the Run II tour. Featured Image

The image is arresting: a man sits astride a motorcycle, the handlebars adorned with the giant skull of a zebu, its horns forming a wide skeletal embrace. His head is turned; something beyond the frame has caught his attention. Seated behind him is a woman, her hands on his shoulders, staring straight down the lens. To some, this photograph will be instantly recognisable as a homage to Touki Bouki (the title means “The Hyena’s Journey”), generally credited as the first African avant-garde film. The fact that the couple in the modern restaging are Jay- Z and Beyoncé, with the image spearheading the promotional campaign for their On the Run II world tour, has propelled this little-known but visionary Senegalese film into the spotlight some 45 years after it was made. 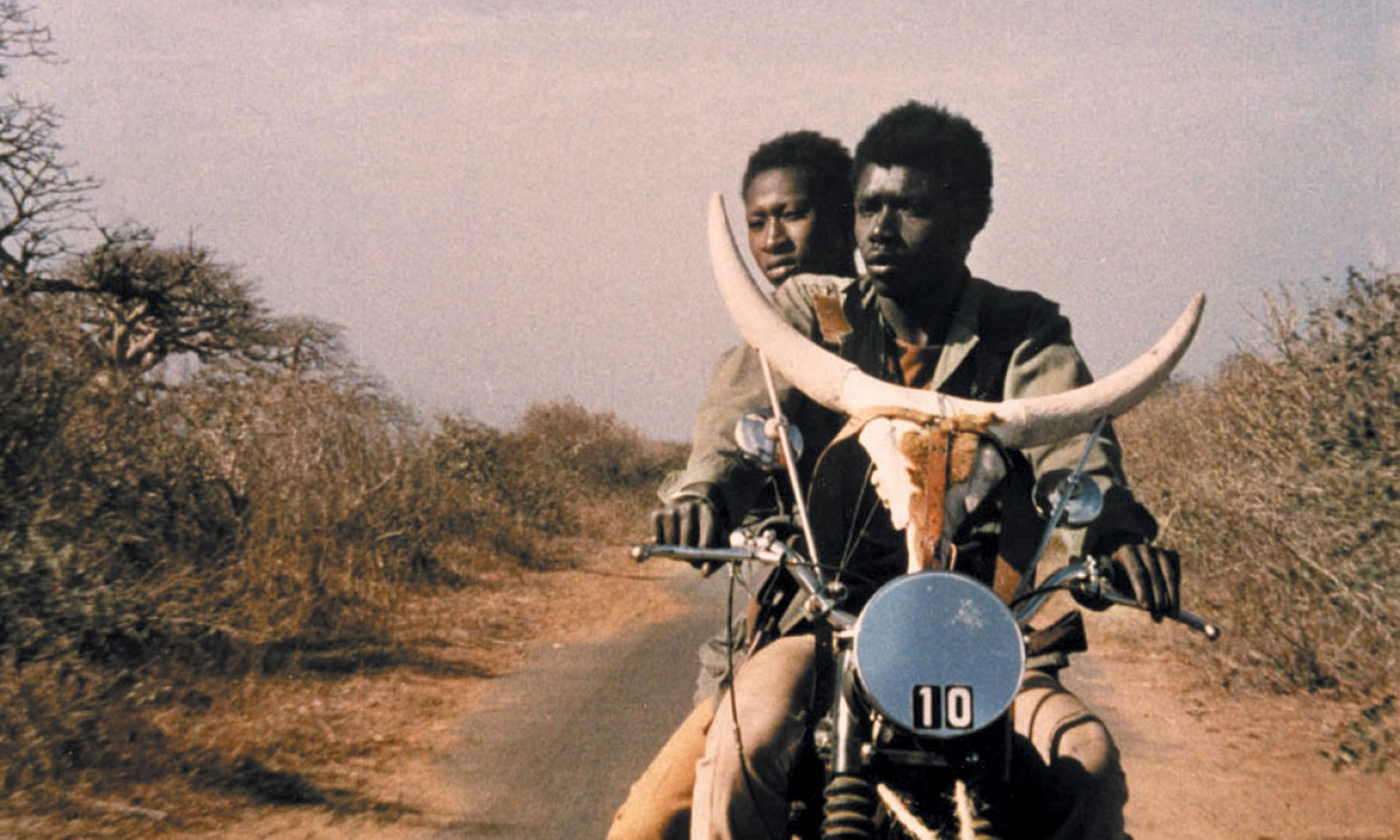 Magaye Niang as young cowherd Mory, and Mareme Niang as his girlfriend Anta in the 1973 film. Photo Credit, Photo12

Jay-Z and Beyoncé leave the UK this weekend with praise for the two-and-a-half hour stadium extravaganza ringing in their ears. In the Observer, Kitty Empire called parts of the show “unbearably exciting”, while Rachel Aroesti in the Guardian declared it “staggeringly impressive”. It’s tempting to hope that even a handful of the millions of fans who flock to the tour between now and October will investigate the film that has been one of its inspirations.