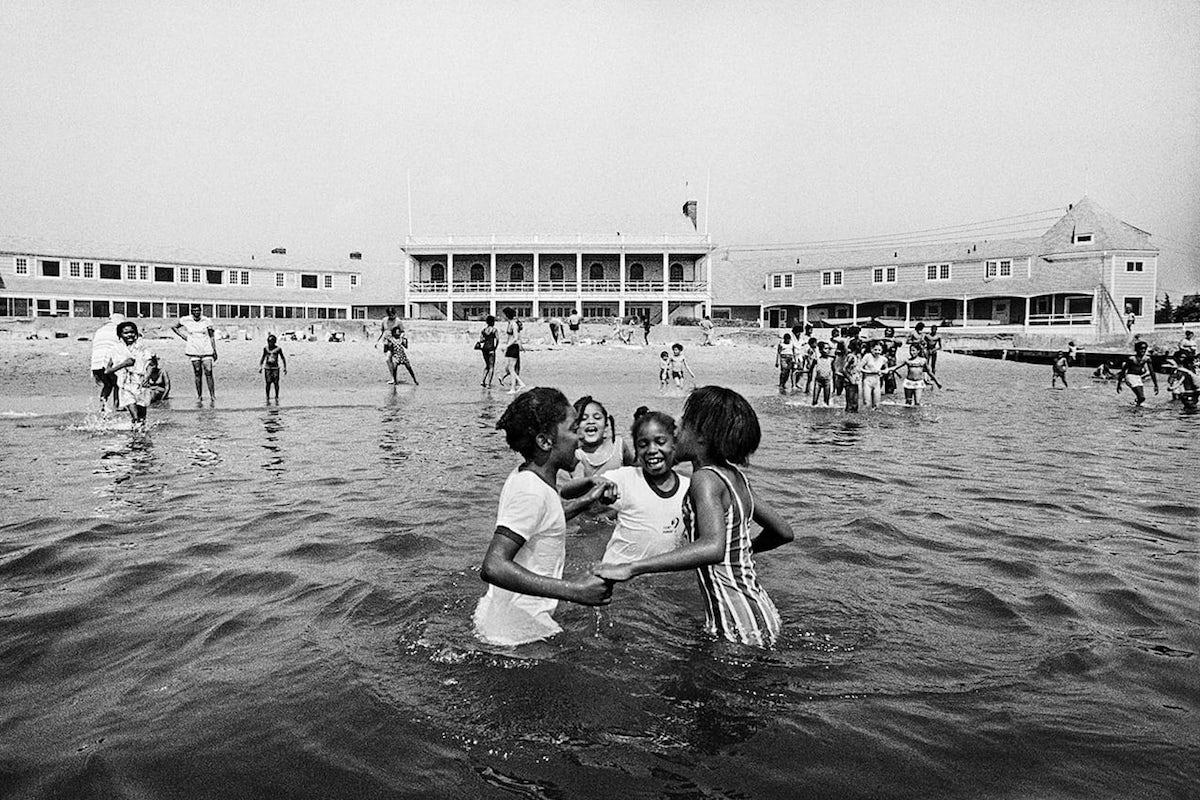 Summer has arrived, which, for many Americans, means day camps for children, afternoons lounging by a pool, and weekend trips to the beach. But for many others, summer brings new burdens, frustrations and fears: the end of free or reduced meals for children at schools, the added cost of childcare and the search – often in vain – for safe, affordable and accessible places to play and cool off on a hot day. 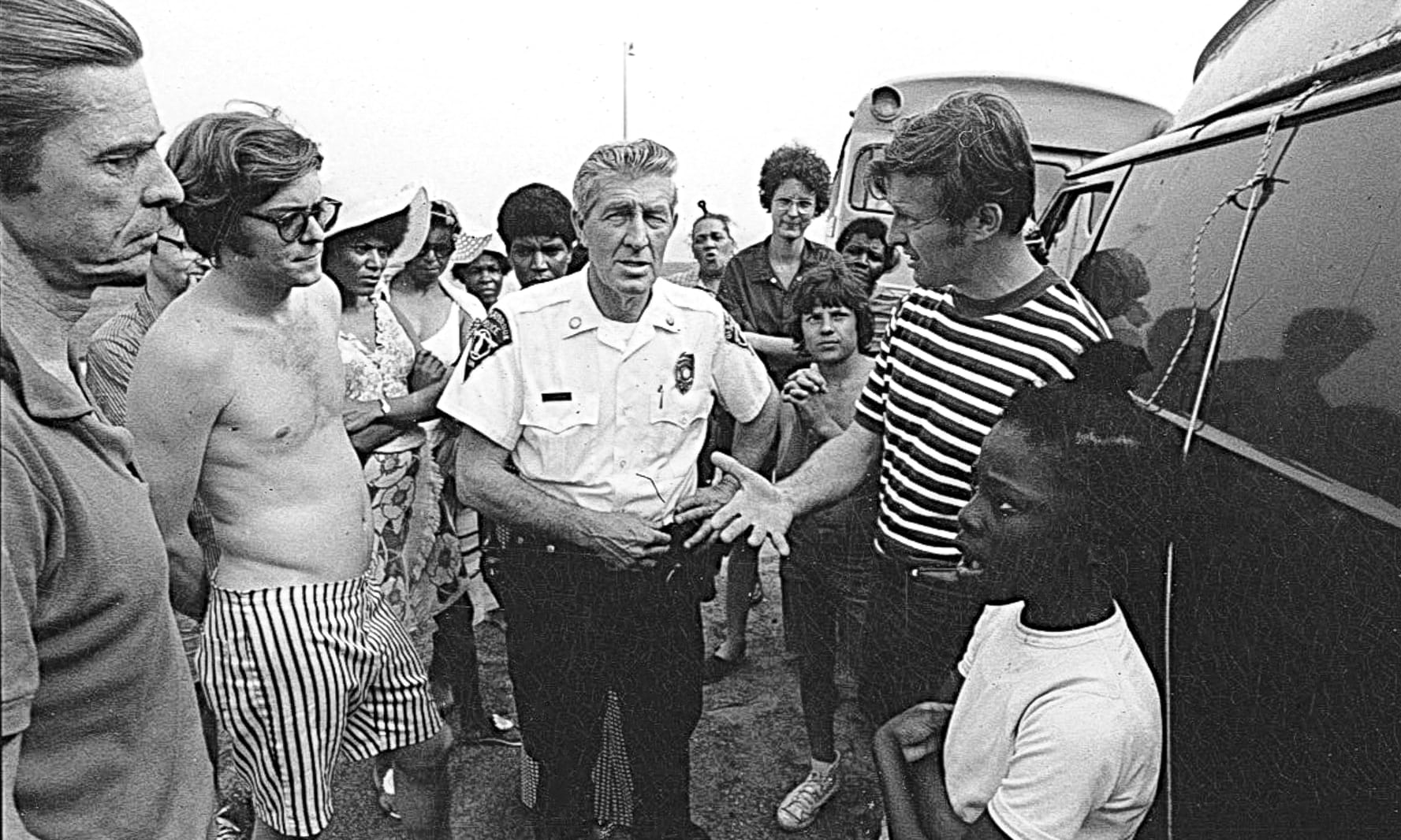 Beginning in the summer of 1973, tensions escalated between Revitalization Corps and local law enforcement in Madison, Connecticut, over accessing the town’s beaches. Photograph: Bob Adelman. 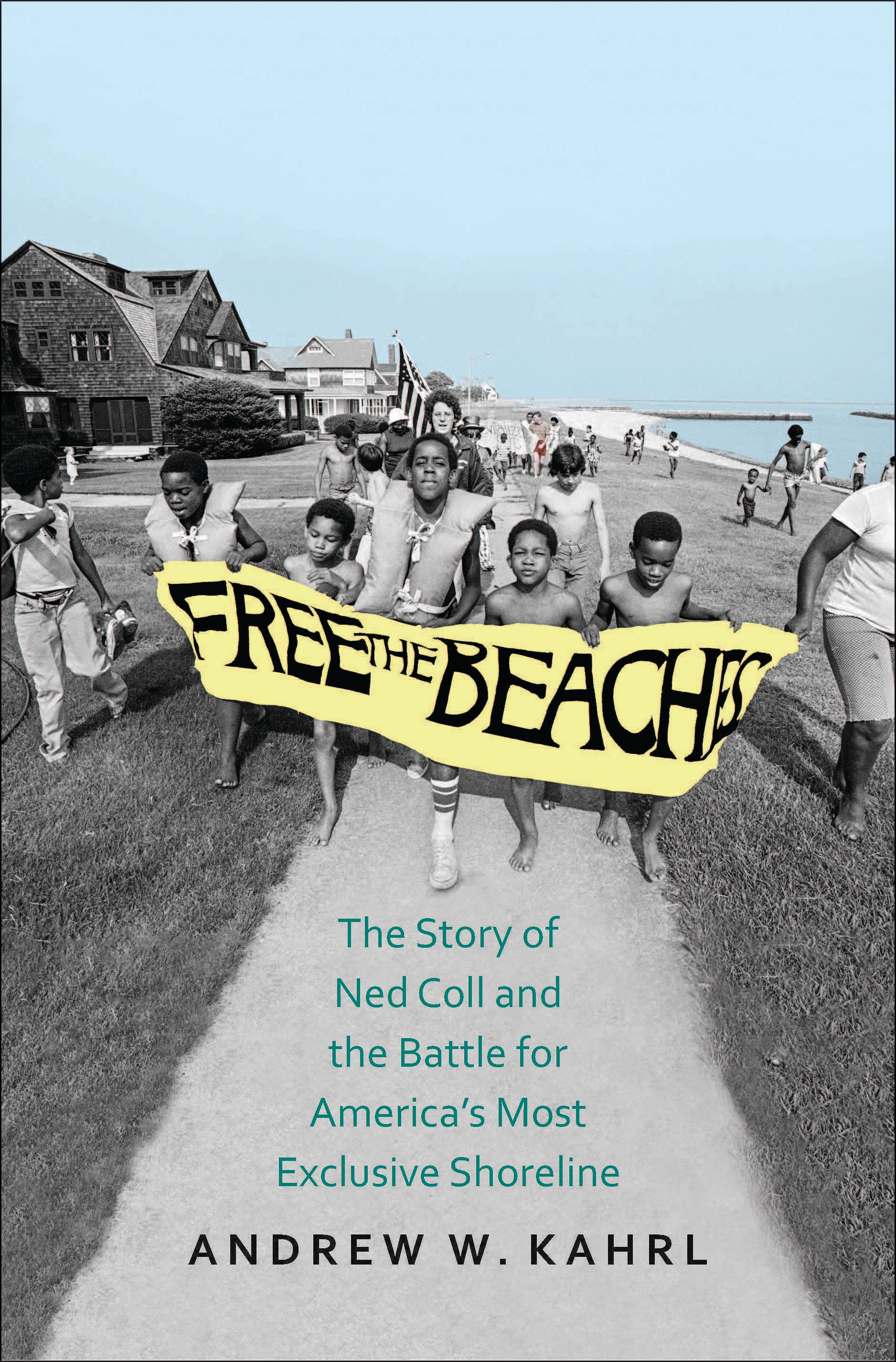 Summers have long been America’s most segregated season. Nowhere is this more evident than along the nation’s beaches and coasts, one of the chief destinations for vacationers and pleasure seekers, and a perennial site of racial conflict and violence. The infamous 1919 Chicago Race Riot, which lasted seven days and claimed 38 lives, began on the shores of Lake Michigan, when white youth gang members stoned to death a black teenager named Eugene Williams after he had accidentally drifted across a color line in the water. In its aftermath, African Americans learned to avoid the city’s lakefront. As a child, black Chicagoan Dempsey Travis remembers, “I was never permitted to learn to swim. For six years, we lived within two blocks of the lake, but that did not change [my parents’] attitude. To Dad and Mama, the blue lake always had a tinge of red from the blood of that young black boy.”