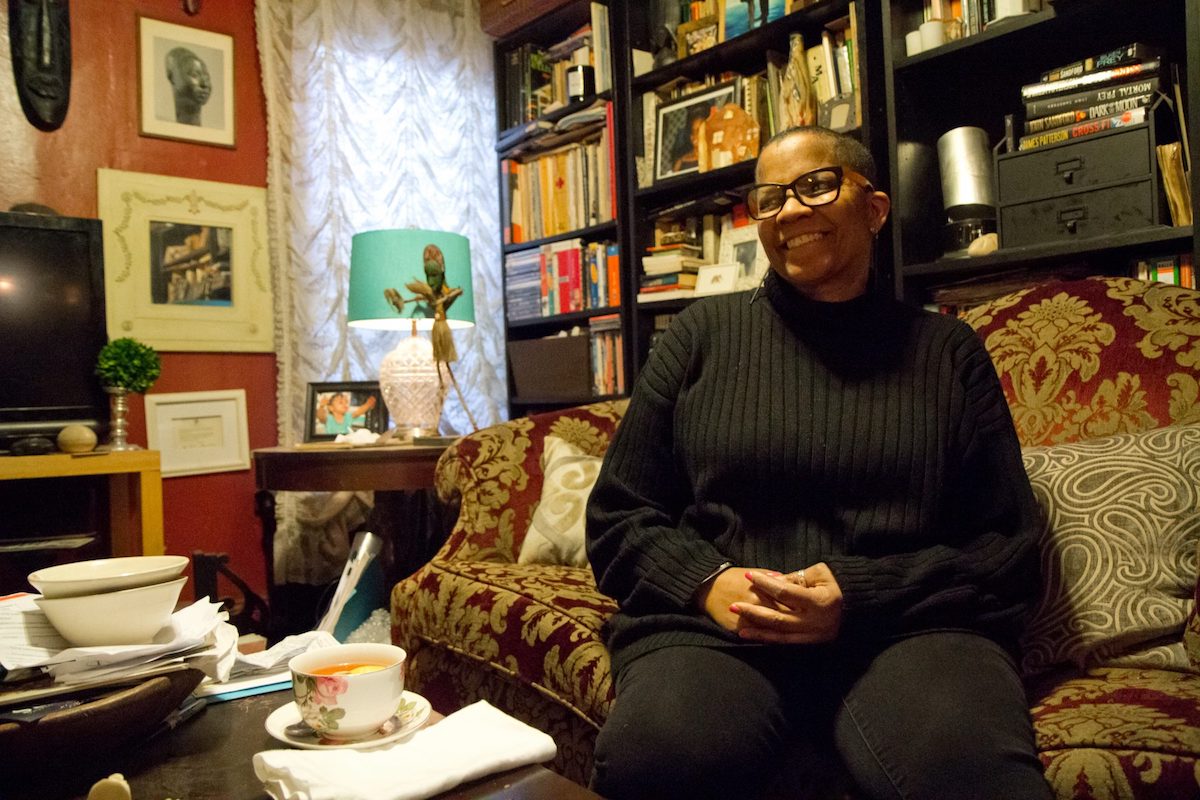 After A woman in an abusive relationship can be as much as five times more likely to die when her abuser owns a gun, according to research published in the American Journal of Public Health.

Renee Norris Jones was in an abusive relationship for seven years. But when her husband brought home a gun, everything changed.

She met Carlton Warren Jones at a Philadelphia bus stop in 1974. She was 16 years old, with a toddler. He was good-looking, and she was charmed by him. They started dating and when she was 18, they married.

Norris Jones says it was two years into the relationship before Carlton became violent. He would beat her regularly, often until she was unconscious. Sometimes she’d call the police but she says it was common for them not to show up. When help did arrive, the officers weren’t much help, she says.

One time in 1976, Norris Jones had just filed for a restraining order, which were brand new at the time. When Carlton came home, she called the police because he was in violation of the order. When the police arrived, Norris Jones says her husband began to beat her, right there in front of the police.

The officer did nothing, she says.