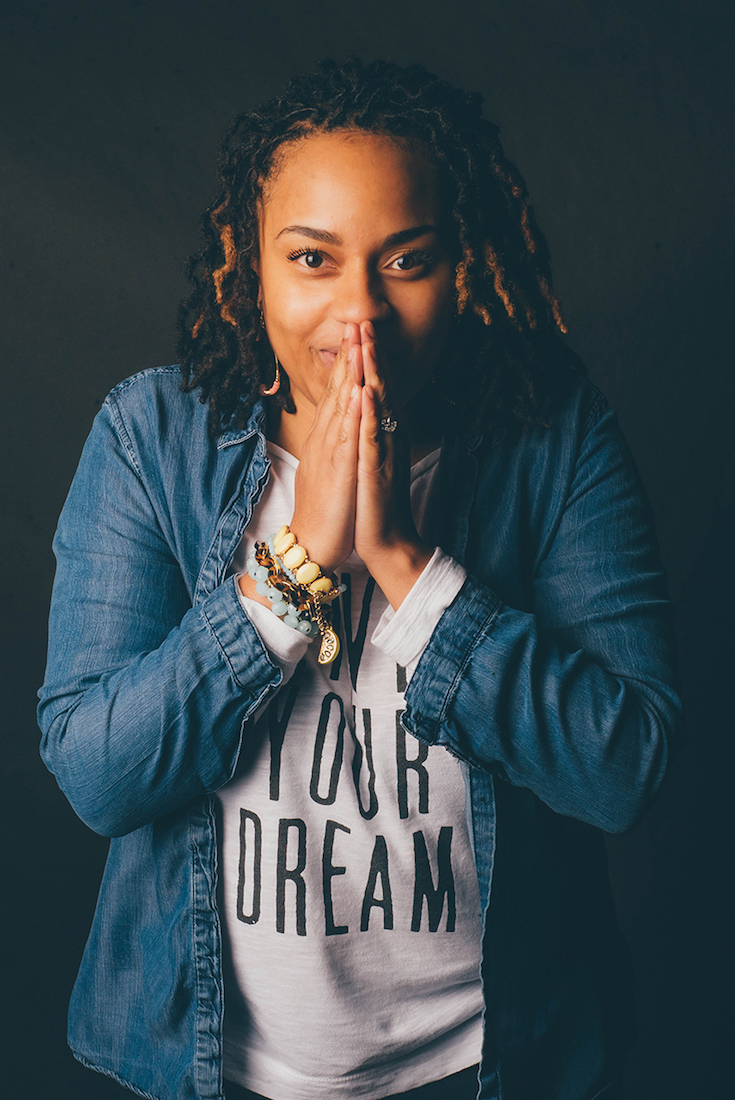 This Ungoverned Haitian City Is Fighting to Stay Alive | OZY

Detroit, MI — Detroit entrepreneur Nailah Ellis-Brown is defying the odds. At the age of 20, she started her hand-crafted tea business during the height of the Great Recession in one of the hardest hit cities in America. She should have failed.

Instead, today Ellis-Brown’s business is thriving – she has her own beverage manufacturing plant and has just inked a deal that will test her family recipe for Jamaican Sweet Tea in every Sam’s Club location in the country beginning on May 16.

Last fall, Ellis-Brown’s bottled Jamaican Sweet Tea – known as Ellis Island Tea – hit the shelves in Sam’s Clubs in Michigan, Indiana and Ohio. Response to the Sam’s Club exclusive 64-ounce bottles of her hibiscus-based tea was so good that Ed Romero, Sam’s Club Sr. Vice President General Merchandise Manager of Fresh, decided to give Ellis-Brown a shot at the rest of the Sam’s Club locations. Starting this May, Ellis Island Tea will be sold in all of the nearly 600 Sam’s Club locations across the nation.

“We’re heading into summer so the timing couldn’t be better,” Ellis-Brown said. “Ellis Island Tea is the perfect party beverage for summer celebrations, backyard barbecues or holiday festivities. It is an antioxidant rich, beautiful red tea with a smooth, exotic flavor. It offers iced tea lovers a fresh, innovative beverage made from all-natural ingredients.”

“Bringing high quality, unique items that are exclusive to Sam’s Club is what we’re all about,” said Romero. “We think our members are going to love this item. And we’re proud that Nailah even uses our Member’s Mark All-American Fancy Clover White Honey as one of her ingredients.” 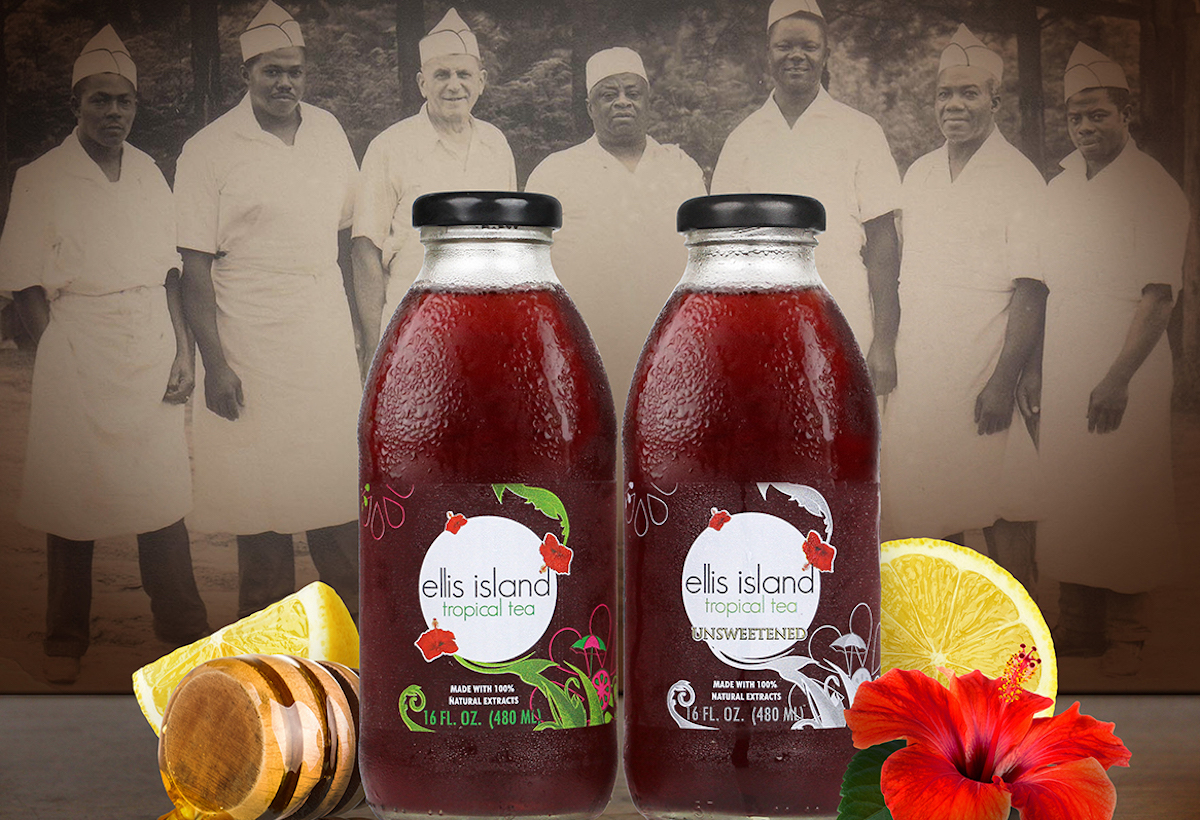 When Ellis-Brown first connected with Sam’s Club executives, Ellis Island Tea already was sold in more than 500 stores including Whole Foods, Meijer and Kroger, in high-traffic airports nationwide, in niche markets and online. Ellis-Brown herself had earned national recognition for her business acumen and her brand, landing on the Forbes 30 Under 30 list in 2016, making Forbes All-Star List in 2017 and appearing on The Root 100 list last year. All that is great, but for Ellis-Brown the bottom line is critical. This new deal is a game changer.

“This Sam’s Club order is by far the biggest order I’ve received in my 10 years in business,” Ellis-Brown said. “It’s exciting to have our plant operational every day almost ‘round the clock. I know I am creating jobs for fellow Detroiters, which has been one of my goals since I opened my plant in 2014.”

Ellis-Brown is the only African American female beverage maker in the United States with her own manufacturing plant. Since opening her state-of-the-art facility, she’s been able to provide services for other small beverage companies who can’t afford the minimum batch requirements of larger production outlets.

While others doubted her potential for success, Ellis-Brown knew deep down that she had the right ingredients to make it. One of those was resilience, another determination.

“Growing up in Detroit, I knew nothing was going to be handed to me. I expected doors to be closed and knew I would need to work hard and never take ‘no’ for an answer,” she said. “I’ve heard ‘no’ but I haven’t let that stand in my way. There is always a way forward.”

Ellis-Brown’s story gives hope to other entrepreneurs. In 2008, she was a 20-year-old college dropout and was living in her mom’s basement. All she had was the desire to be her own boss and a recipe handed down from her great-grandfather for Jamaican Sweet Tea. Each night Ellis-Brown would brew tea in her mother’s kitchen and sell it from a cooler in the trunk of her car around Detroit. She’d return home every night with an empty cooler and cash in hand – more than enough money to buy the ingredients to brew more tea for the next day’s efforts. But that wasn’t enough. Ellis-Brown knew she wanted more. She wanted her family tea to be sold on store shelves everywhere.

“People would see me and say ‘Hey aren’t you that Lemonade Girl?’ and I’d say ‘No, I make tea,” Ellis-Brown said. “There is a lot of history in the recipe for this tea. It was handed down to me from my Great-Grandfather Cyril Byron, who was a Jamaican immigrant. He knew his recipe had value. He passed it down through the generations with the caveat that it was to be ‘sold, not told’ – meaning take the tea to market. I am honoring his legacy every single day with every bottle of Ellis Island Tea I brew and sell.”

Ellis Island Tea is not just any iced tea. It is the only Jamaican Sweet Tea made in America! It is an all-natural bottled tea made from hibiscus with a smooth, refreshing flavor. Its rich red in color makes it a standout on store shelves and at events and parties.

Starting her own company back in 2008 stemmed from Nailah Ellis-Brown’s lifelong desire to become an entrepreneur. Choosing to brew Ellis Island Tea came from her hope to carry on her family legacy. Ellis Island Tea is based on a recipe created by her Great-Grandfather Cyril Byron, a Jamaican immigrant, chef and entrepreneur who told his family the recipe was to be “Sold, not told.” Ellis-Brown honors those words every day working from her company headquarters in Detroit where the tea is brewed.