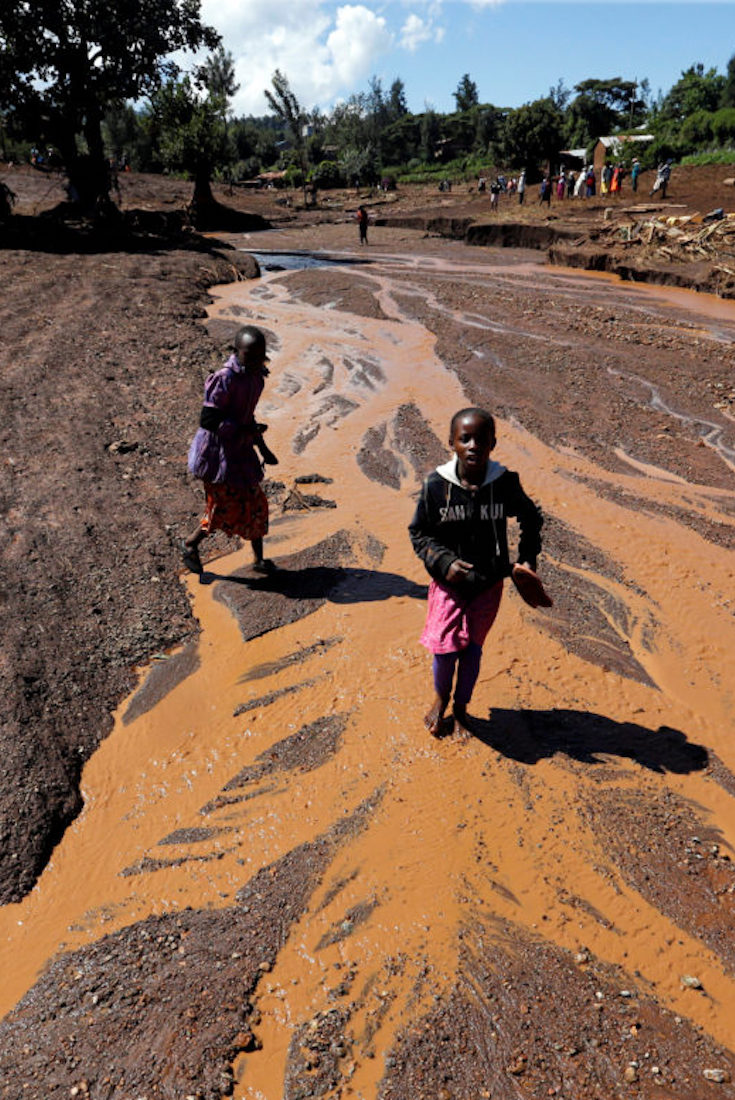 The Other Black Wall Streets | The Root

Siobhan O’Grady, The Washington Post
Children walk in muddy waters after a dam burst, which unleashed water at nearby homes, in Solio, a town near Nakuru, Kenya. Photo by Thomas Mukoya/Reuters, Featured Image

A loud bang was the first sign that something was about to go wrong in Kenya’s Nakuru County on Wednesday night. Then came massive waves of water, which crashed through farmland, swept away hundreds of houses and killed at least 41 people. Almost half of the victims were children, police said. 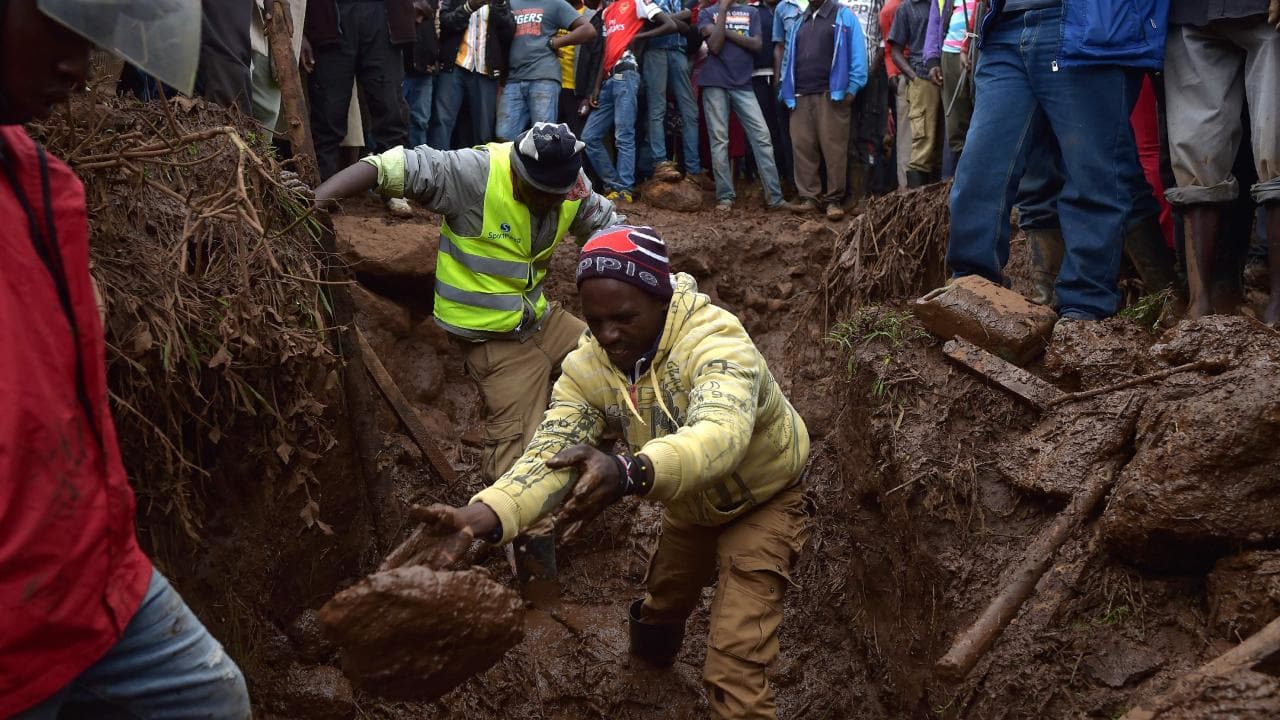 “It was a sea of water. My neighbor was killed when the water smashed through the wall of his house,” said Veronica Wanjiku Ngigi to Reuters. “He was blind, so he could not run. They found his body in the morning.”

The Patel dam, located on private farmland in western Kenya, had burst its banks after weeks of heavy rain. The rain has pounded East Africa for over a month, killing more than 100 people in Kenya and displacing 260,000. Rwanda and Ethiopia also have been affected by flooding, and about 100,000 people have been displaced in Somalia.