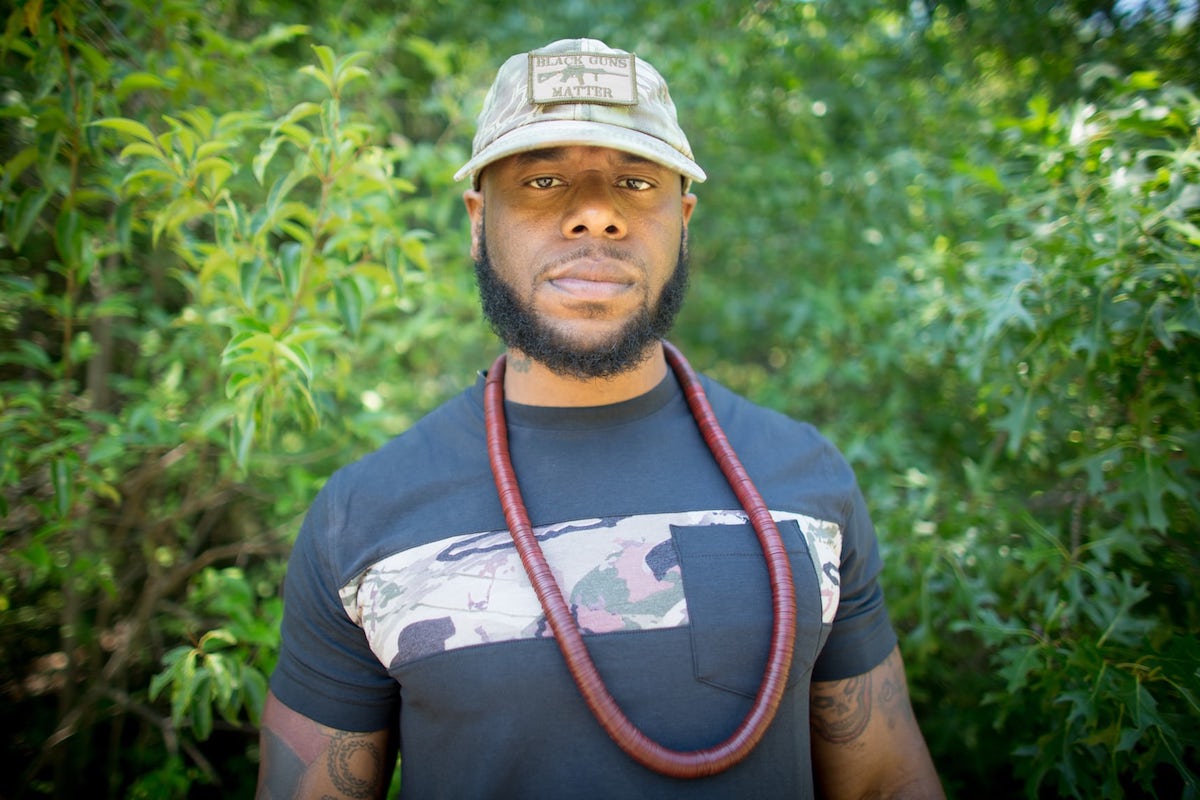 Sam Levin”, The Guardian
Rakem Balogun on being secretly watched by the FBI: ‘It’s tyranny at its finest.’ Allison Smith for the Guardian, Featured Image

Rakem Balogun thought he was dreaming when armed agents in tactical gear stormed his apartment. Startled awake by a large crash and officers screaming commands, he soon realized his nightmare was real, and he and his 15-year-old son were forced outside of their Dallas home, wearing only underwear.

Handcuffed and shaking in the cold wind, Balogun thought a misunderstanding must have led the FBI to his door on 12 December 2017. The father of three said he was shocked to later learn that agents investigating “domestic terrorism” had been monitoring him for years and were arresting him that day in part because of his Facebook posts criticizing police. 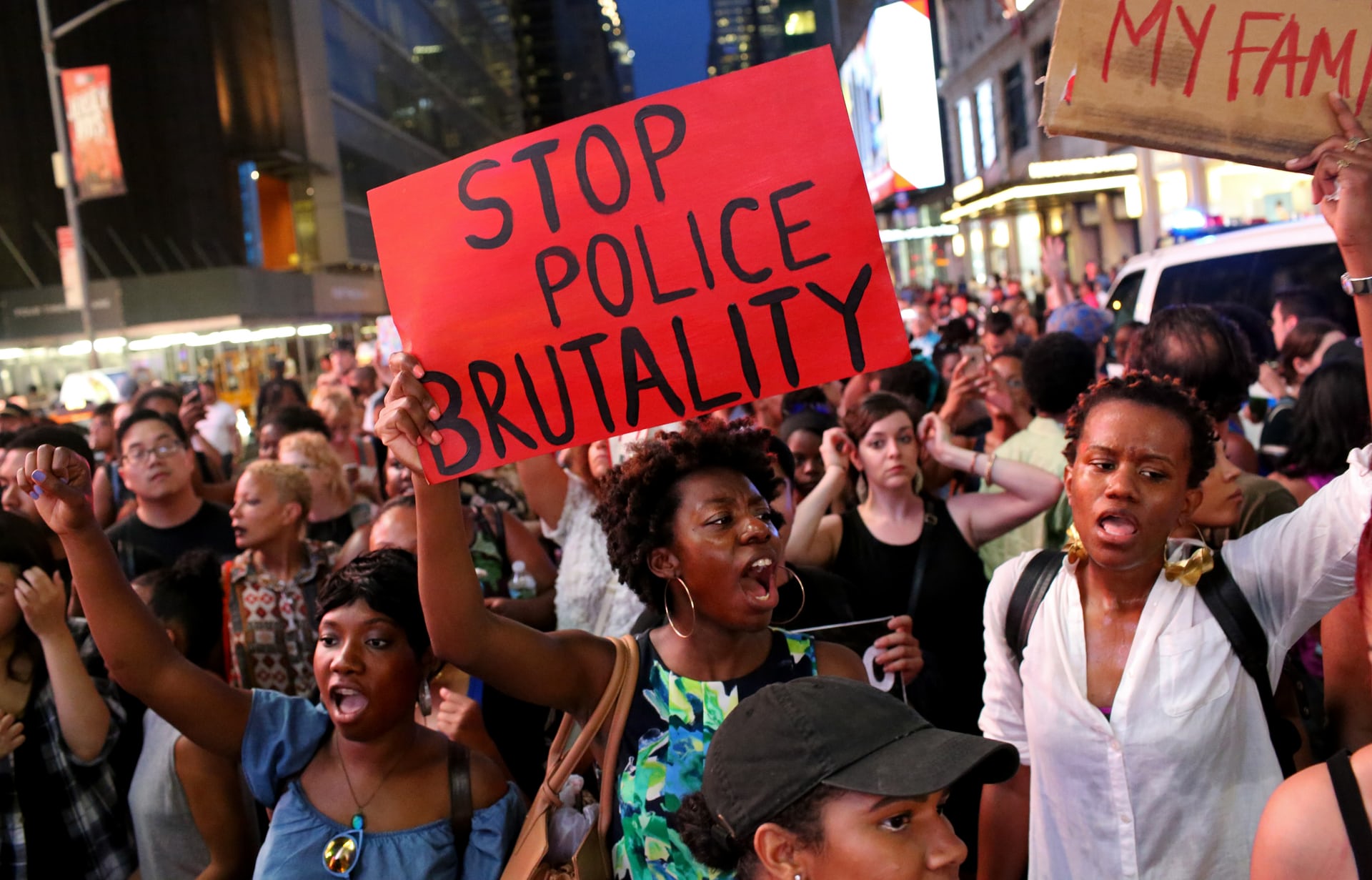 A march in the wake of the deaths of Alton Sterling and Philando Castile at police hands. , Yana Paskova/Getty Images

“It’s tyranny at its finest,” said Balogun, 34. “I have not been doing anything illegal for them to have surveillance on me. I have not hurt anyone or threatened anyone.”

Balogun spoke to the Guardian this week in his first interview since he was released from prison after five months locked up and denied bail while US attorneys tried and failed to prosecute him, accusing him of being a threat to law enforcement and an illegal gun owner. 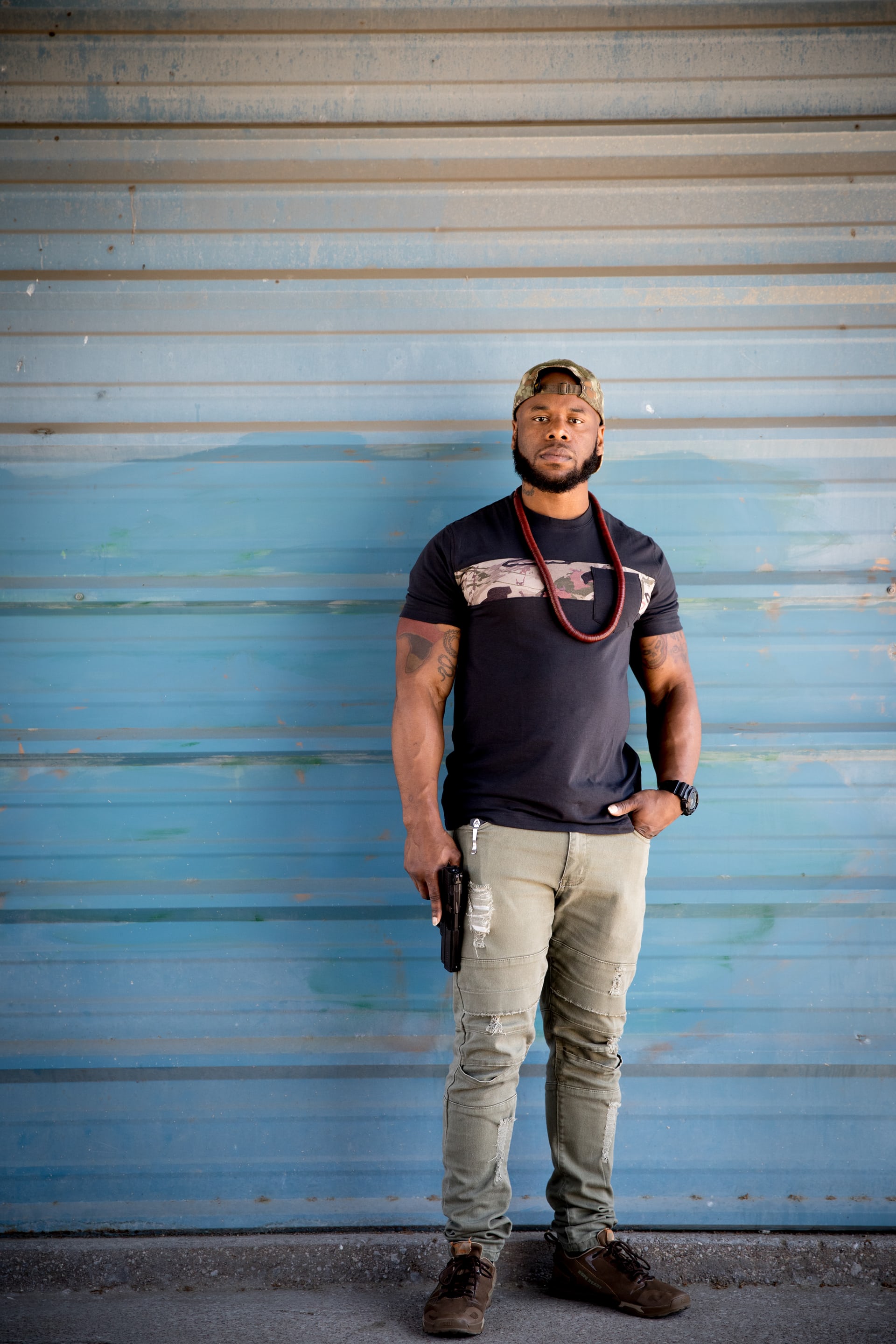 Rakem Balogun in his hometown of Dallas, Texas, days after being released from prison., Allison Smith for the Guardian

Balogun, who lost his home and more while incarcerated, is believed to be the first person targeted and prosecuted under a secretive US surveillance effort to track so-called “black identity extremists”. In a leaked August 2017 report from the FBI’s Domestic Terrorism Analysis Unit, officials claimed that there had been a “resurgence in ideologically motivated, violent criminal activity” stemming from African Americans’ “perceptions of police brutality”.