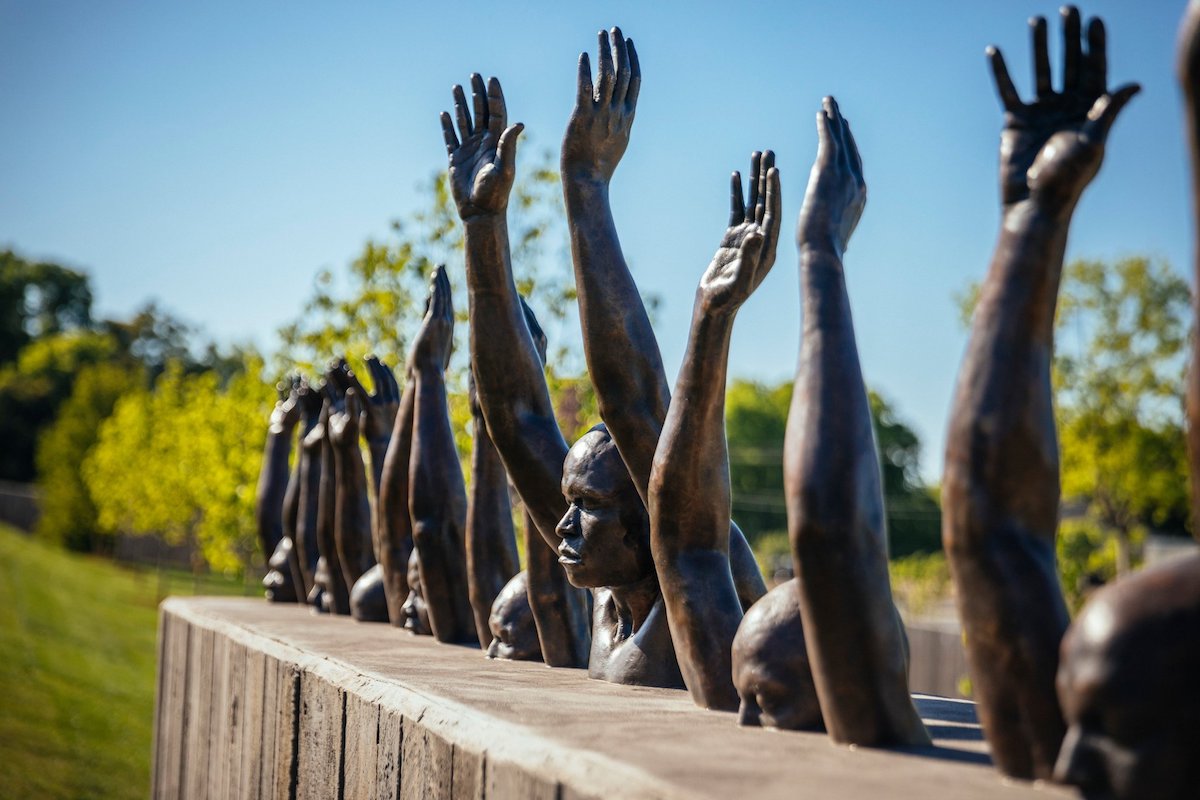 Campbell Robertson, The New York Times
Audra Melton for The New York Times, Featured Image
MONTGOMERY, Ala. — In a plain brown building sits an office run by the Alabama Board of Pardons and Paroles, a place for people who have been held accountable for their crimes and duly expressed remorse.

Just a few yards up the street lies a different kind of rehabilitation center, for a country that has not been held to nearly the same standard. 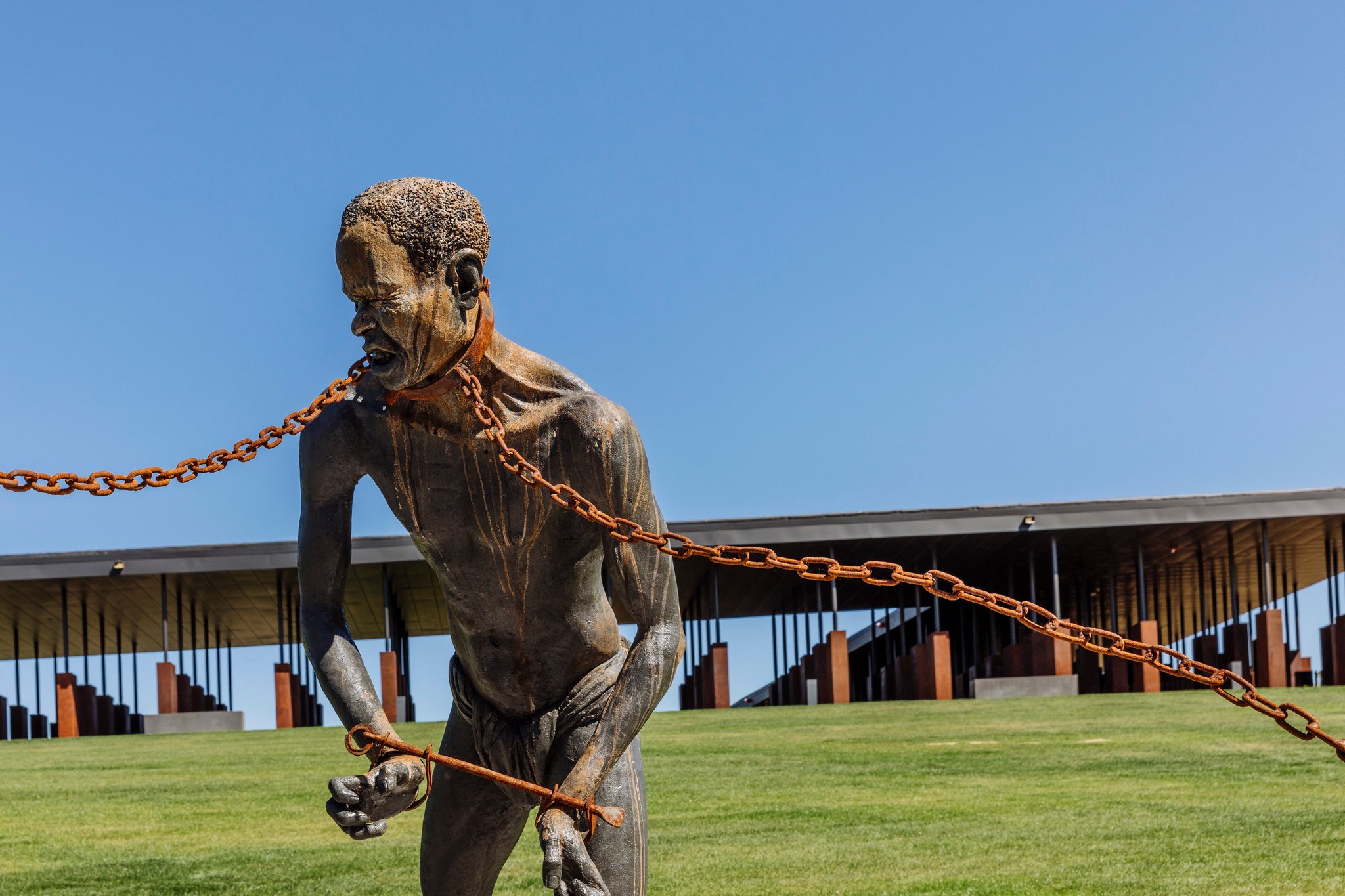 [/jg-ffw]The memorial is inspired by the Holocaust Memorial in Berlin and the Apartheid Museum in Johannesburg. Credit Audra Melton for The New York Times
See Also

The National Memorial for Peace and Justice, which opens Thursday on a six-acre site overlooking the Alabama state capital, is dedicated to the victims of American white supremacy. And it demands a reckoning with one of the nation’s least recognized atrocities: the lynching of thousands of black people in a decades-long campaign of racist terror. 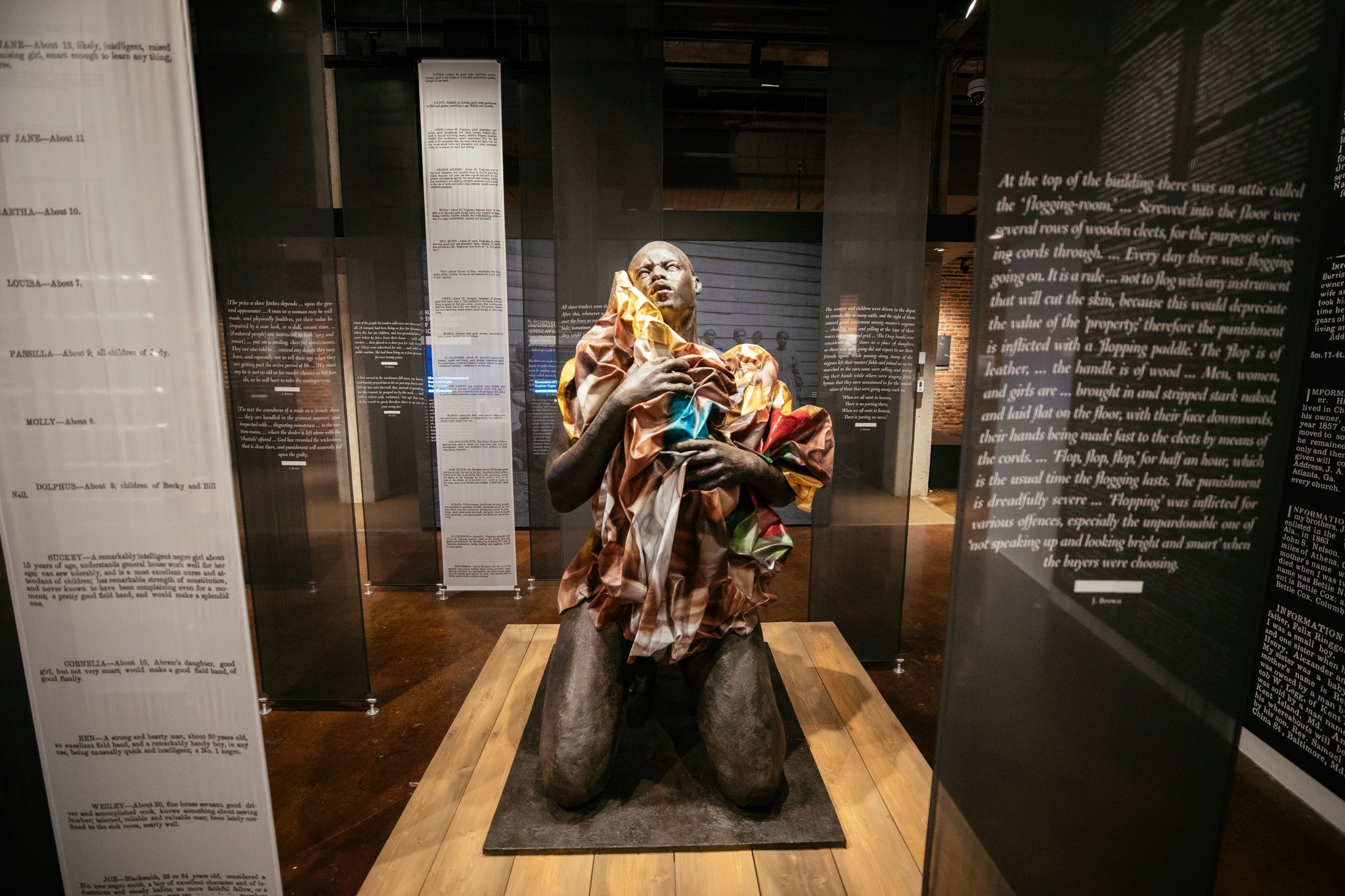 [/jg-ffw]A 2017 sculpture by Titus Kaphar, “Doubt,” sat amid accounts of slaves and former slaves at the museum. Credit Audra Melton for The New York Times

At the center is a grim cloister, a walkway with 800 weathered steel columns, all hanging from a roof. Etched on each column is the name of an American county and the people who were lynched there, most listed by name, many simply as “unknown.” The columns meet you first at eye level, like the headstones that lynching victims were rarely given. But as you walk, the floor steadily descends; by the end, the columns are all dangling above, leaving you in the position of the callous spectators in old photographs of public lynchings.