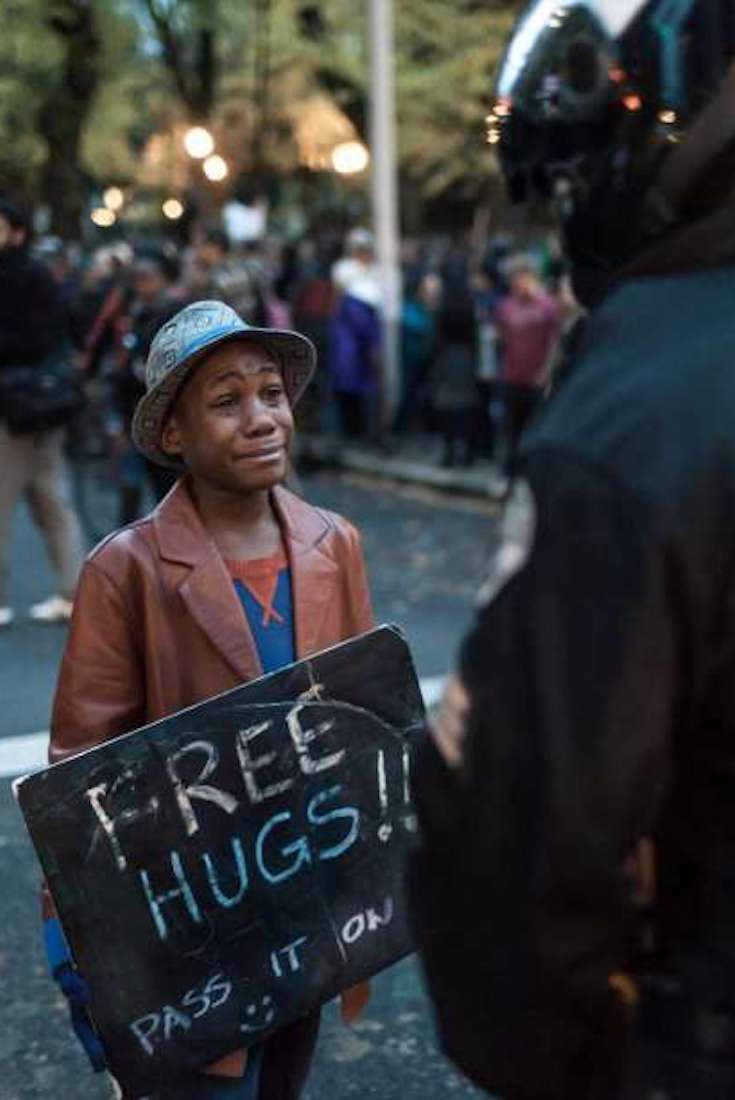 Stacey Patton, The Washington Post
When Devonte Hart’s emotional photo went viral in 2014, white America embraced it. The image of a black kid in a fedora, giving out “free hugs” to a white officer during a police brutality protest was viewed as a sign of hope and racial reconciliation. It was, as CNN put it, “the picture we needed.” 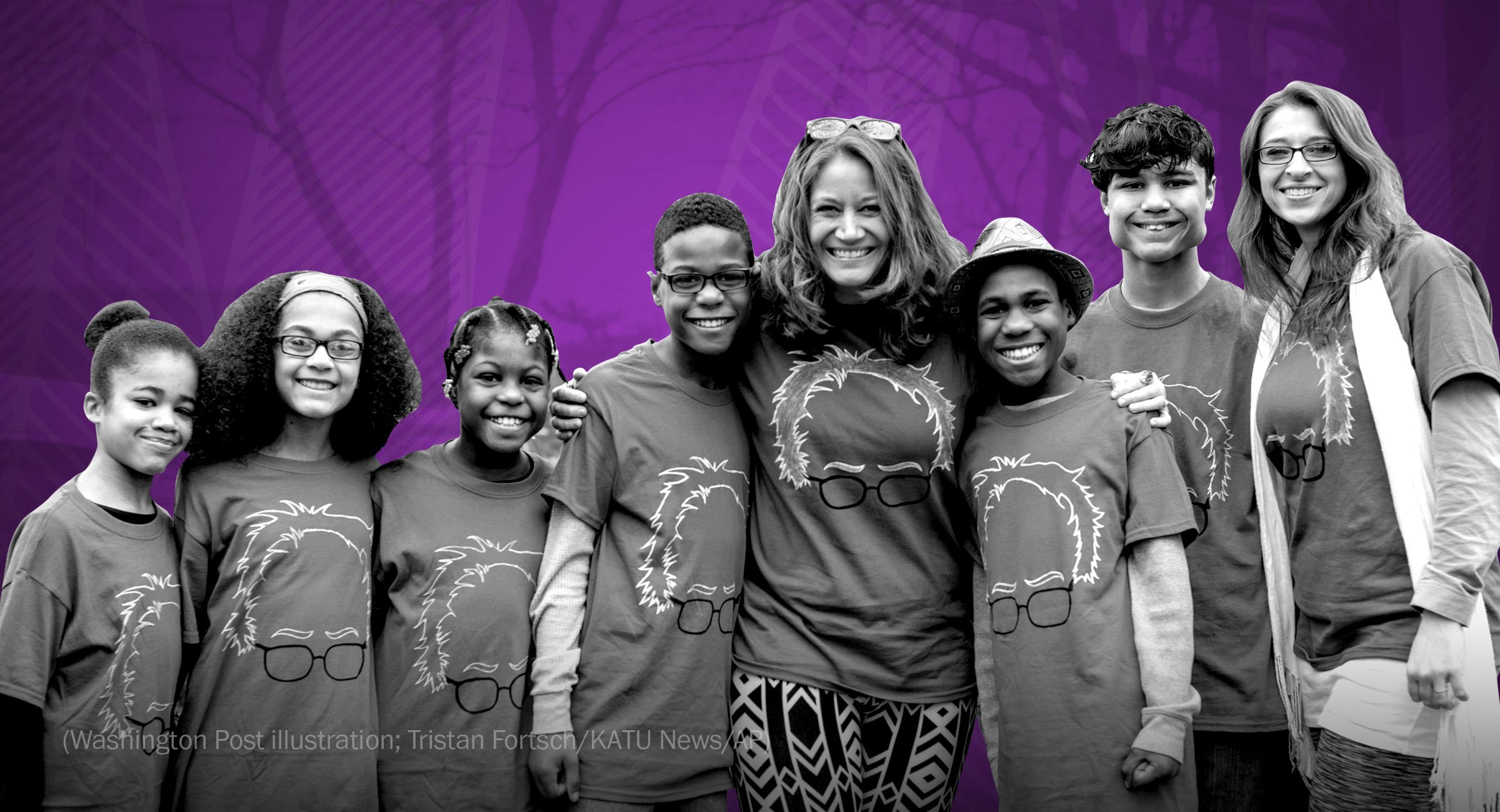 But like many black Americans, I was skeptical. As an adopted child-abuse survivor, I identified with the pain I saw on Devonte’s face and bristled at what seemed to be a staged act of virtue, a black boy forced by his white adoptive mothers to overcome his fears and offer comfort and hope to white people.

We tend to project our experiences and feelings onto strangers. But in this case, it appears my gut suspicion that Devonte’s tears were more about helplessness than hopefulness was right. 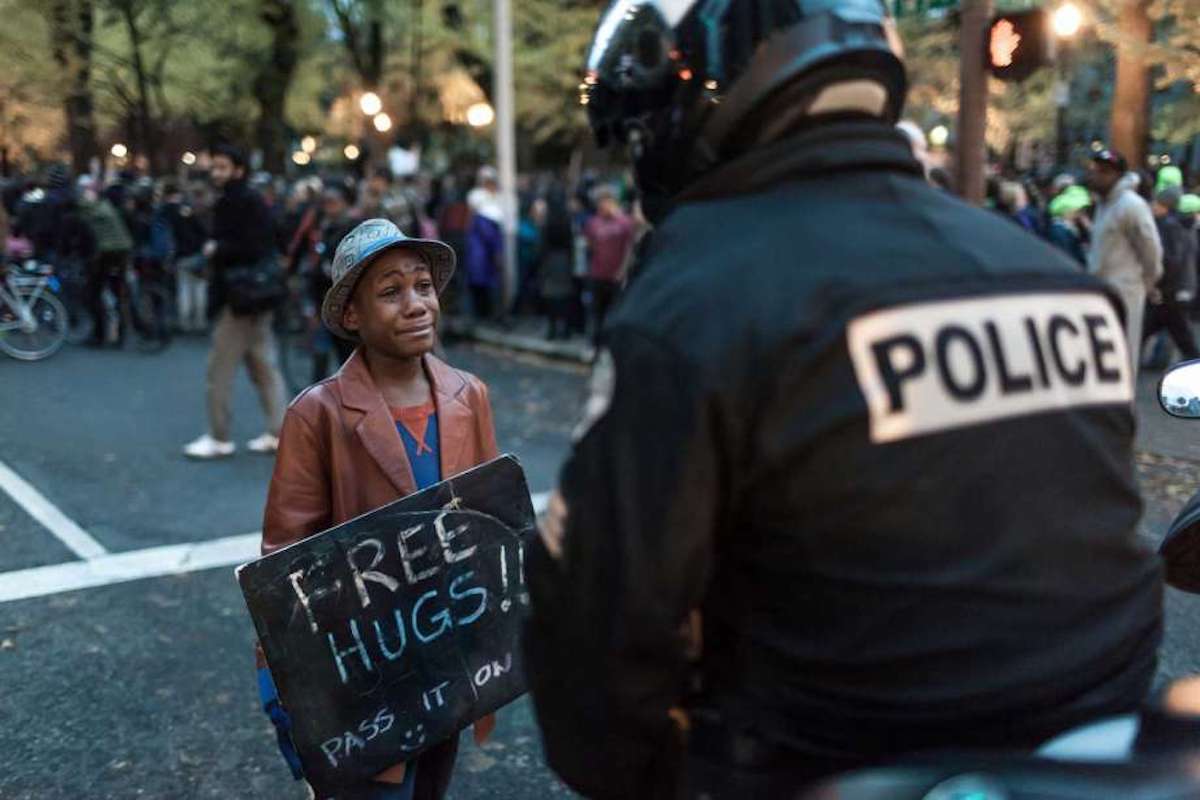 Authorities believe that Devonte’s body may have washed out to sea last month after one of his mothers intentionally plunged the family’s SUV off a 100-foot cliff in California, with his five siblings inside. Since then, a timeline of suspected abuse has emerged stretching back a decade. The children had complained to teachers and neighbors about being hit and deprived of food. One 12-year-old daughter looked about half her age. And in the days before the family disappeared, Devonte had repeatedly prodded neighbors to contact authorities for help. He showed up at their home three times one day to get food for his siblings, they said.

But even as these details came out, some continued to defend Jennifer and Sarah Hart.