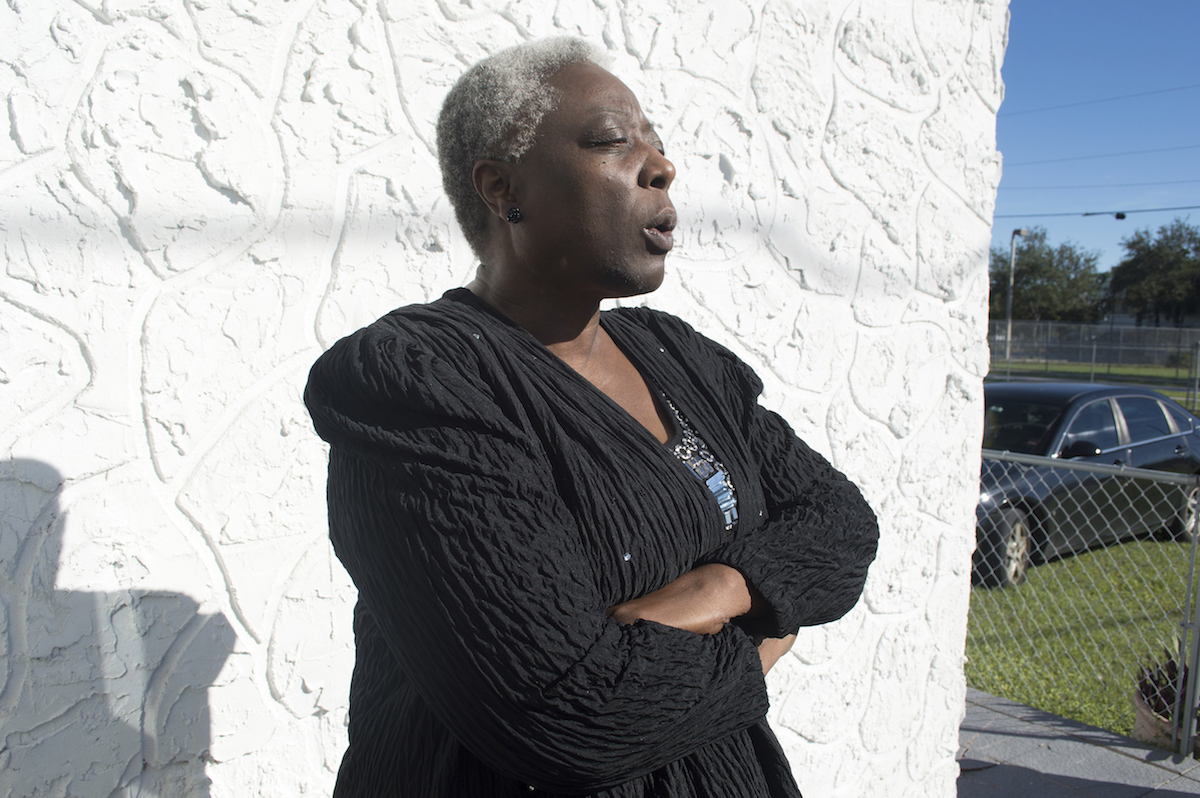 In one of the many photographs that Johanne Rahaman took in Perrine, Florida as part of her Black Florida series, a woman gazes into the distance, bedecked in a blue, green, and red dress. Parts of it are so fluorescent they seem lit from within; the woman holds a certificate from her alma mater, Hastings Colored Vocational Training School. There’s something subtly regal about the shot: the woman’s steady gaze, the marble coffee table at her side, the plush red chair she’s sitting on. 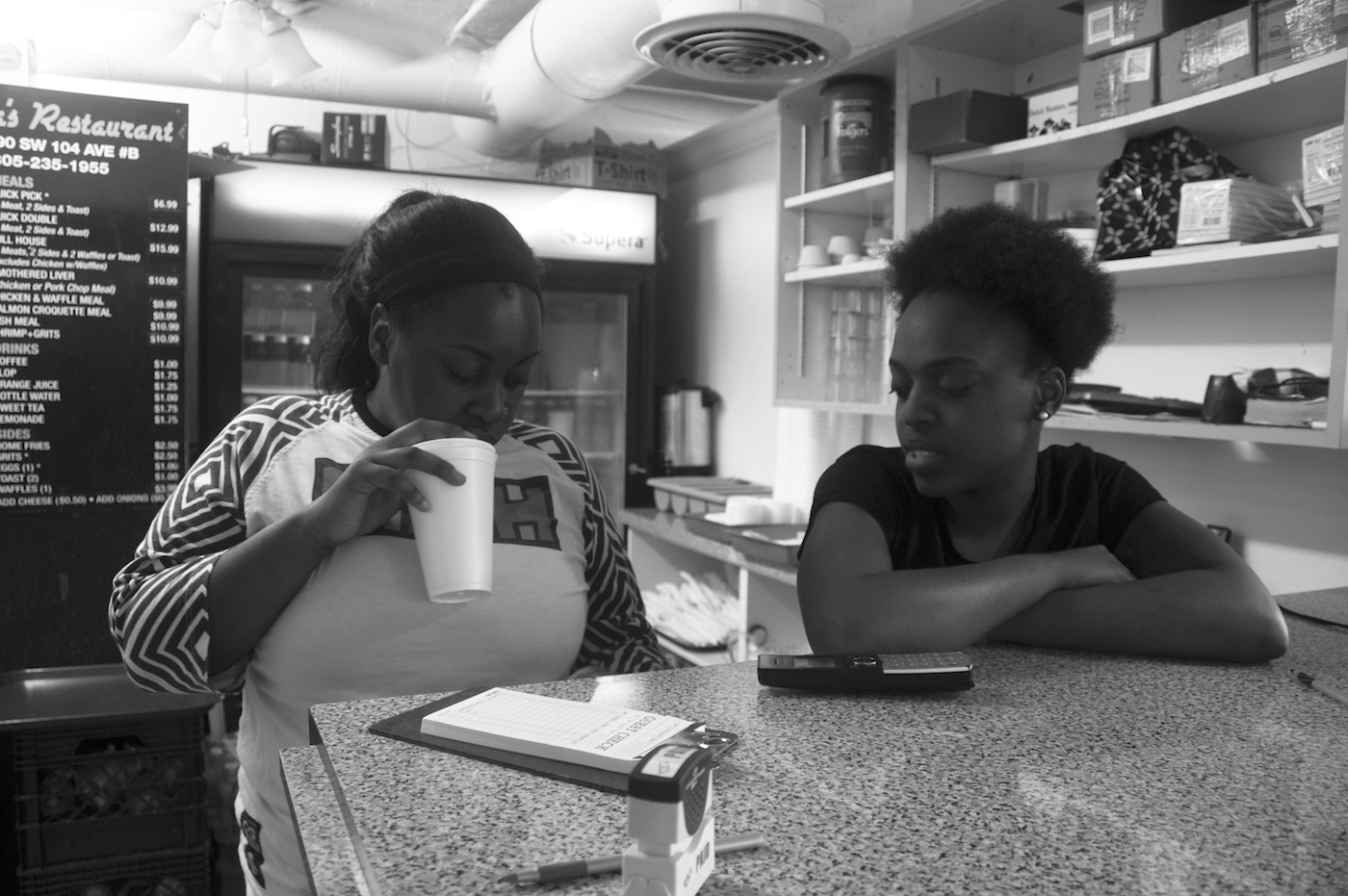 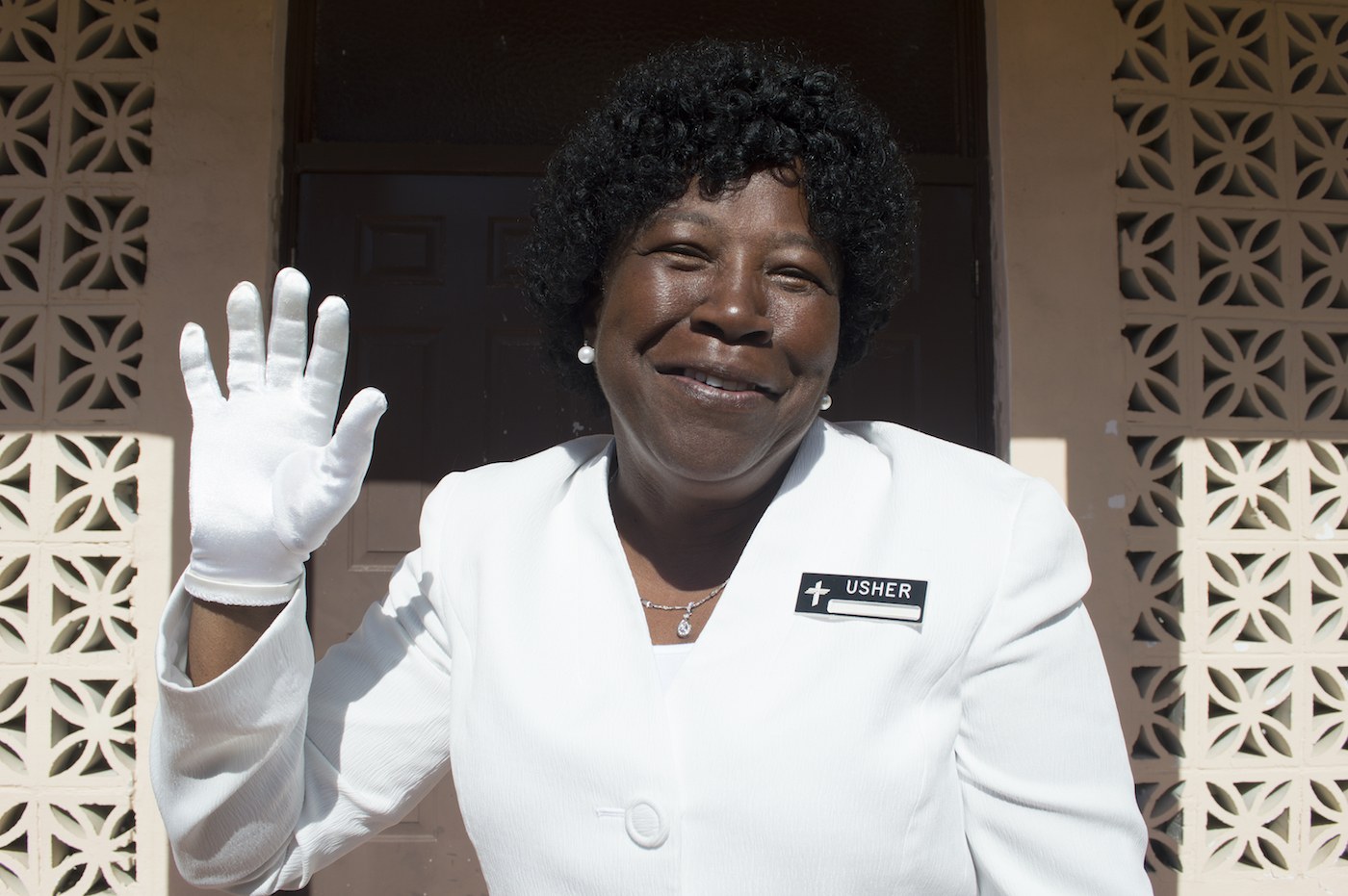 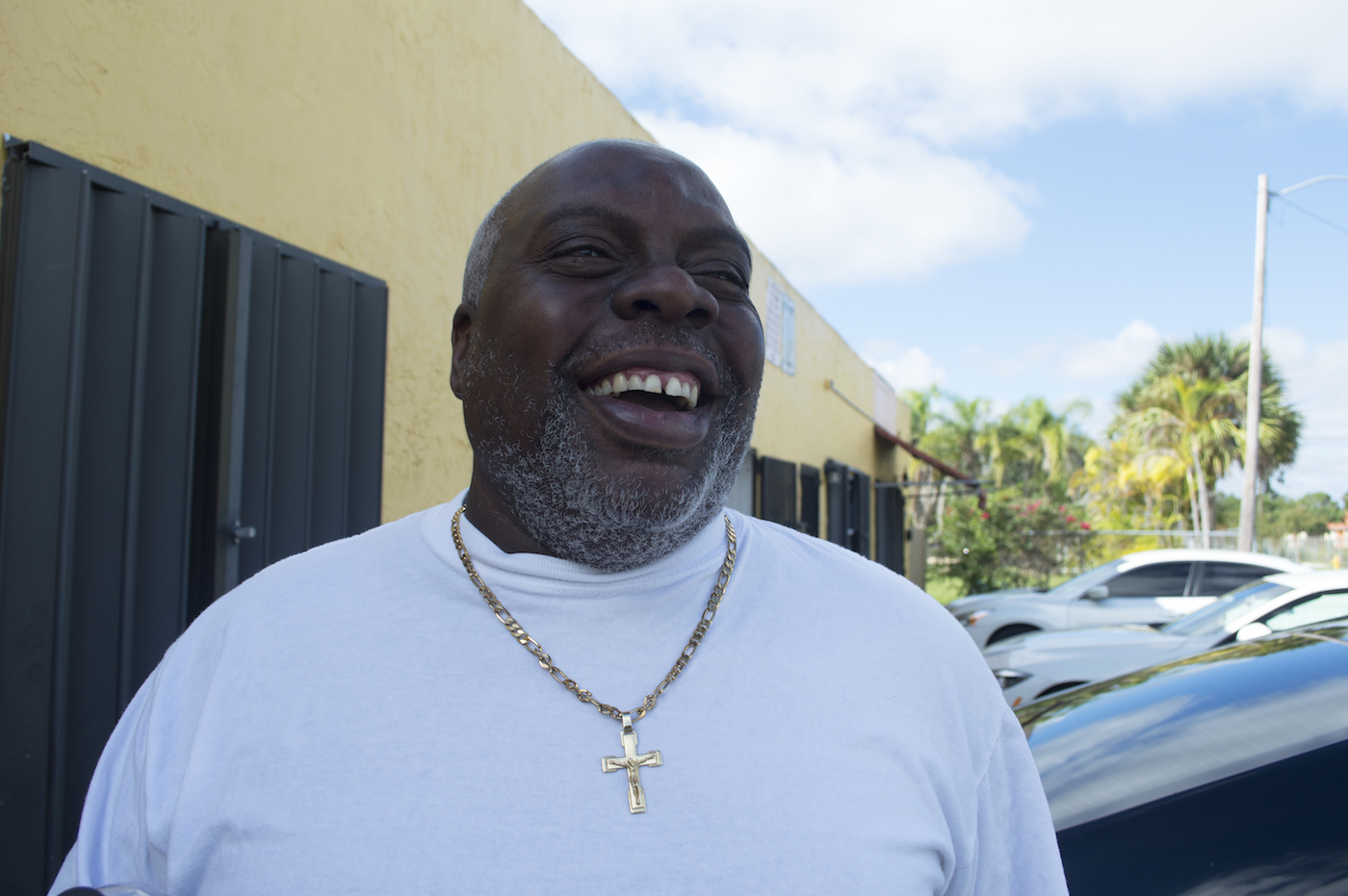 In one image alone, Rahaman captures both the history of segregation and the day-to-day experience of someone who lived through it, a stately woman who appears throughout the series, speaking and gesturing with her hands. The woman’s name is Jean Townsend, born in Hastings, Florida; she moved in 1960 to Perrine and has lived there ever since. She’s one of hundreds of subjects Rahaman has photographed for the Black Florida archive. In an email, Rahaman told Hyperallergic that Townsend often reminisces about Overtown in its “Harlem of the South” heyday.