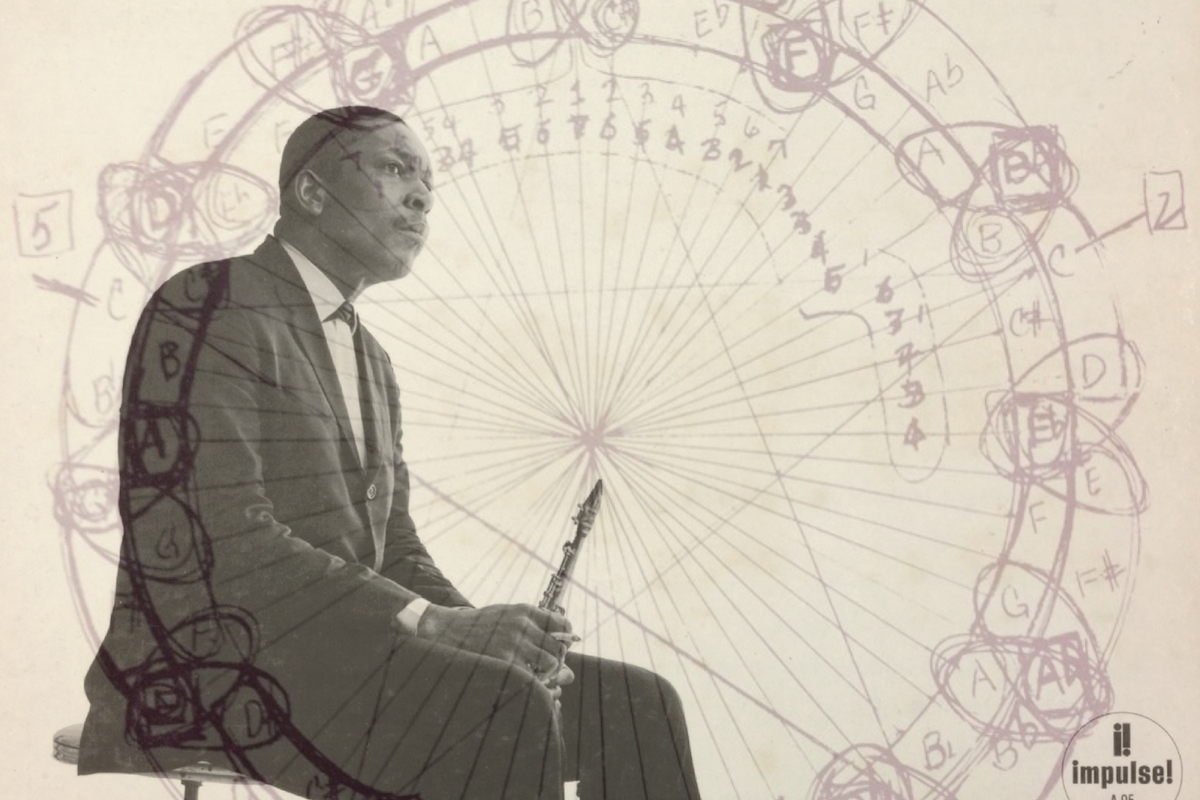 Physicist and saxophonist Stephon Alexander has argued in his many public lectures and his book The Jazz of Physics that Albert Einstein and John Coltrane had quite a lot in common. Alexander in particular draws our attention to the so-called “Coltrane circle,” which resembles what any musician will recognize as the “Circle of Fifths,” but incorporates Coltrane’s own innovations. Coltrane gave the drawing to saxophonist and professor Yusef Lateef in 1967, who included it in his seminal text, Repository of Scales and Melodic Patterns. Where Lateef, as he writes in his autobiography, sees Coltrane’s music as a “spiritual journey” that “embraced the concerns of a rich tradition of autophysiopsychic music,” Alexander sees “the same geometric principle that motivated Einstein’s” quantum theory.

Neither description seems out of place. Musician and blogger Roel Hollander notes, “Thelonious Monk once said ‘All musicans are subconsciously mathematicians.’ Musicians like John Coltrane though have been very much aware of the mathematics of music and consciously applied it to his works.”