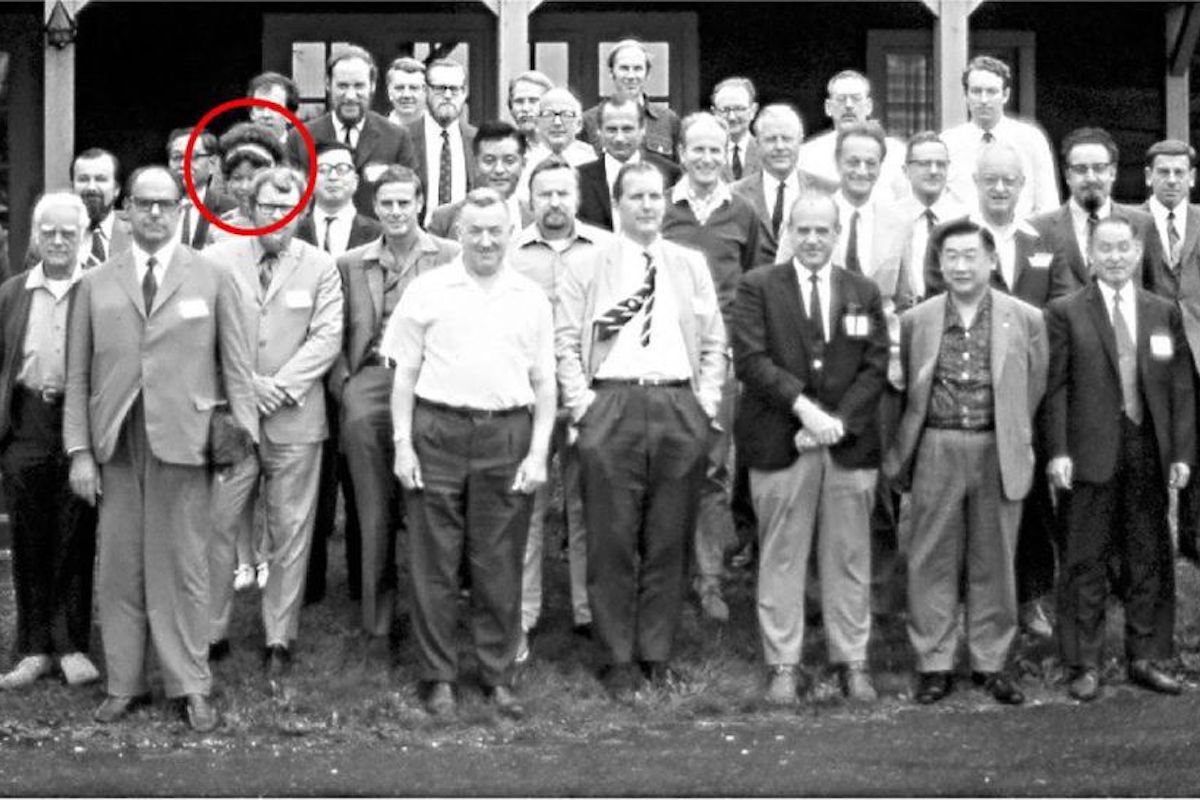 Jacey Fortin, The New York Times
Sheila Minor Huff, center left and partly obscured, was just beginning her career when she was photographed at the International Conference on the Biology of Whales in Virginia in 1971. Credit, NOAA, Featured Image

It began when an illustrator’s investigation into the archives of marine legislation turned into a very different kind of historical deep dive.

Candace Jean Andersen wanted to write a picture book about the Marine Mammal Protection Act of 1972, so she asked the National Oceanic and Atmospheric Administration for some information.

The woman in this photo was an attendee at a 1971 International Conference on Biology of Whales.

She is the only woman, & the only one captioned "not identified" in the article I found the photo in. All the men are named.

Can you help me know her? pic.twitter.com/MifZvdRXRr

It sent her an article on the subject. There, buried in dozens of pages of dense text, was a photograph of attendees at the 1971 International Conference on the Biology of Whales in Virginia, a gathering of some of the most prominent experts in marine biology. The 38 people pictured appeared to be mostly white and all men, except for one: a young black woman wearing a bright headband, her face partly obscured by the man in front of her.

Ms. Andersen said the men were named in a caption but the woman was not. “My curiosity nagged at me, not knowing who the woman in the photo was, or perhaps what she may have contributed to the conference,” she said.

How do you identify a person when all you have is half of a smiling face in a 47-year-old black-and-white photo?