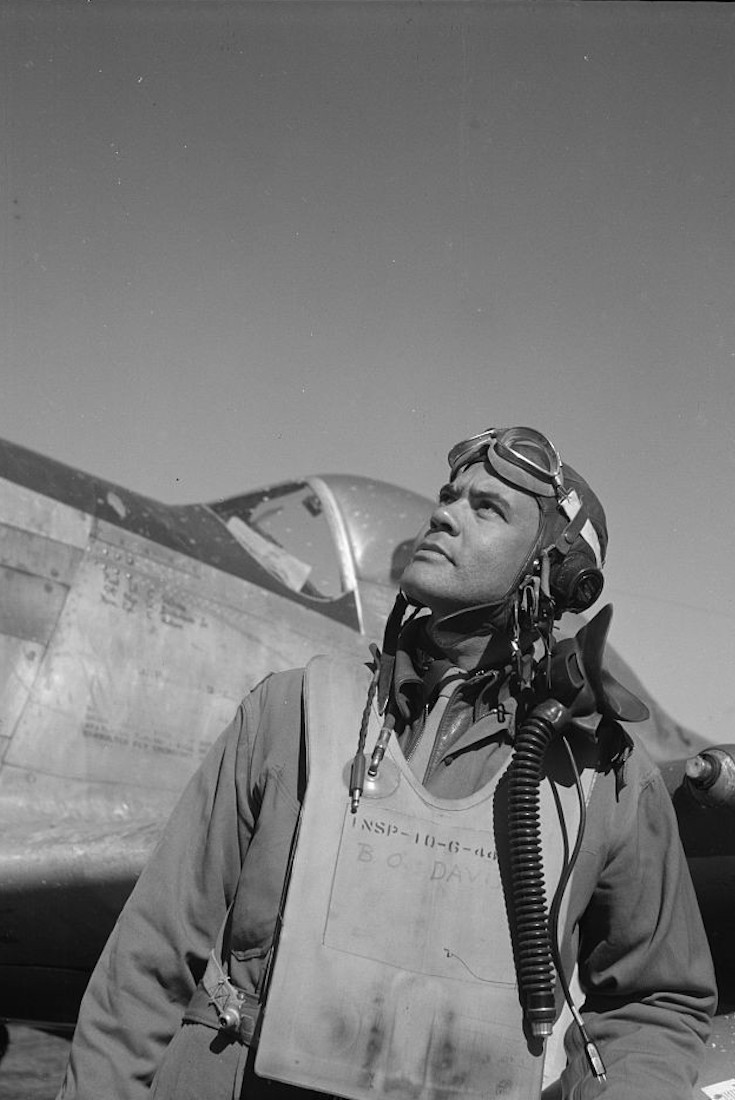 By the time World War II broke out, African Americans had already been pressing for access to elite military training for decades. They knew the U.S. government was not keen on integrating its military—a stance so pervasive that one black pilot even enlisted in the French air service after being rejected by his own. But the interwar period saw civil rights groups and professional organizations like the NAACP pressing for greater access to military training, and in 1939 they were rewarded when a House Appropriations Bill earmarked funds for training African American pilots at any civilian flight schools that would have them. The historically black university in Tuskegee, Alabama, had such a program. Its graduates would come to form an elite squadron of all-black military pilots, known colloquially as the “Tuskegee Airmen,” officially the 332nd Fighter and the 477th Bombardment groups.