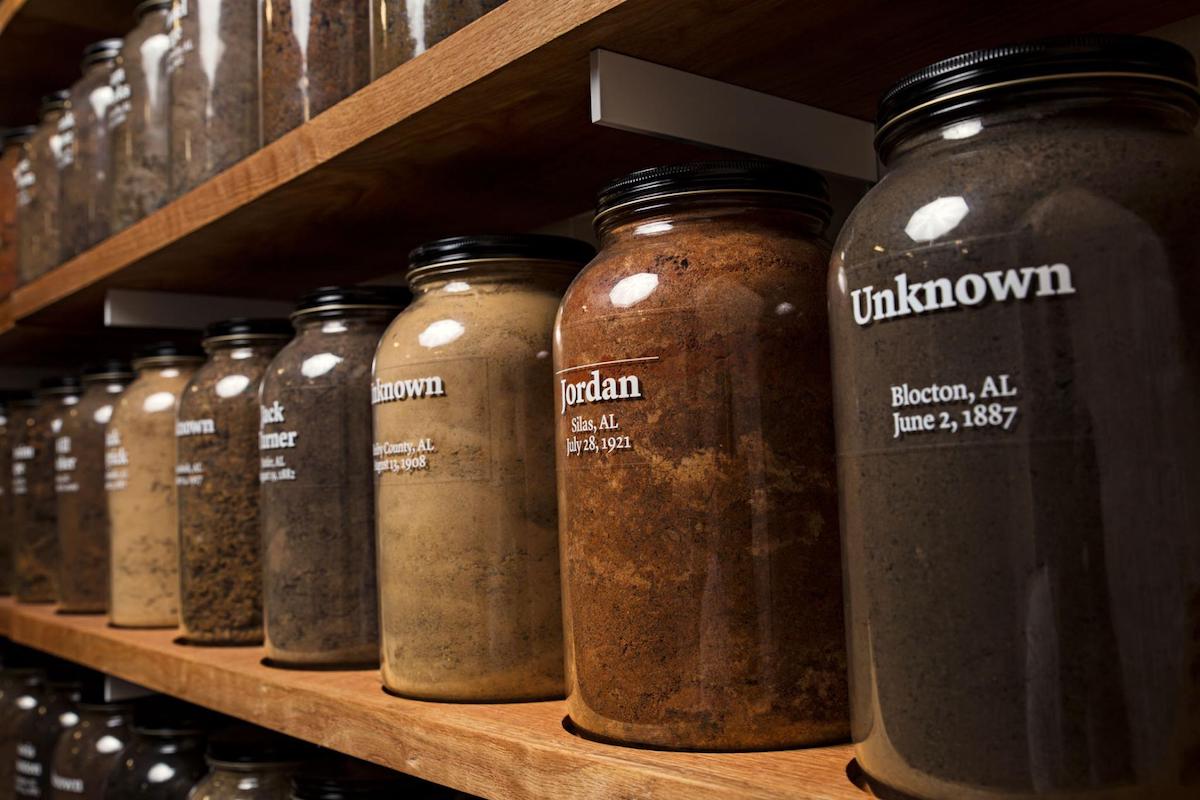 [This story is part of The Race Issue, a special issue of National Geographic that explores how race defines, separates, and unites us. Tell us your story with #IDefineMe.]

The color palette inside the jars is an array of browns. The rich, red clay found throughout Alabama, where men and women did backbreaking work from before sunrise to well past sundown. The dark fertile dirt of the black belt. The sandy soil of the Gulf Coast.

“Soil is really a powerful medium for talking about this history,” Bryan Stevenson tells me, as we walk by the jars. “In many ways, the sweat of enslaved people is buried in this soil. The blood of lynching victims is in this soil. The tears of people who were segregated and humiliated during the time of Jim Crow is in this soil.”

The soil in these jars represents the lives of countless Americans who never had a proper burial, who met unspeakably violent deaths for “serious offenses,” like arguing with a white man. These are the victims honored as part of the Equal Justice Initiative’s new Legacy Museum and memorial in Montgomery, Alabama.