After Hurricane Harvey devastated Houston in September, recovery and clean-up workers discovered that vandals had smeared red paint over a historical marker at the one-time location of Camp Logan, recently rededicated to commemorate the 100th anniversary of the Houston “riot” of 1917. 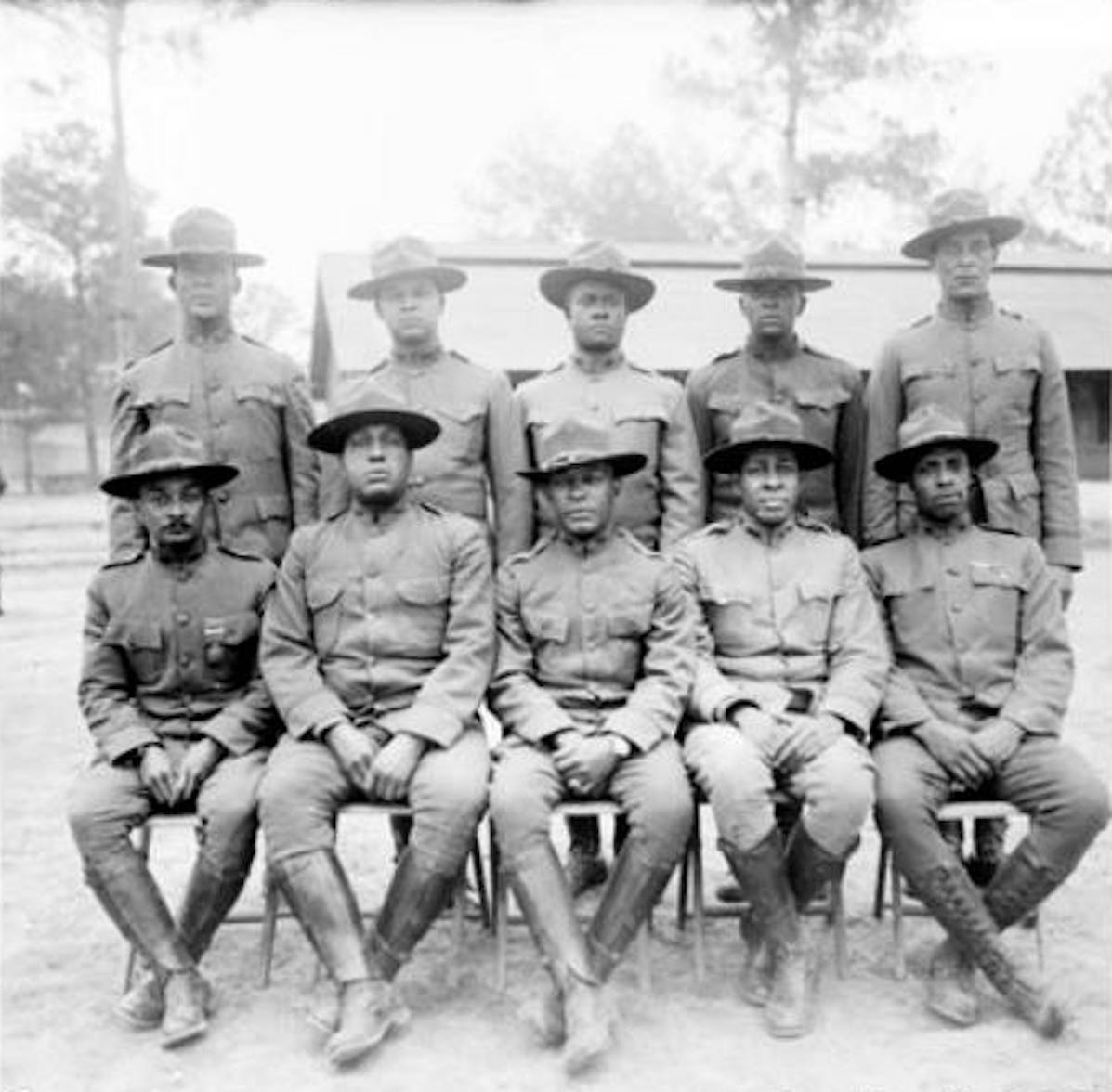 The paint covered the segment of the inscription that explained the history of the Third Battalion of the 24th United States Infantry, a predominantly black unit assigned to guard the camp during its construction shortly after the United States entered World War I.

The riot was a problem created by community policing in a hostile environment. It’s up to people now to decide whether there are lessons relevant to the present. – Paul Matthews, founder of Houston’s Buffalo Soldiers National Museum 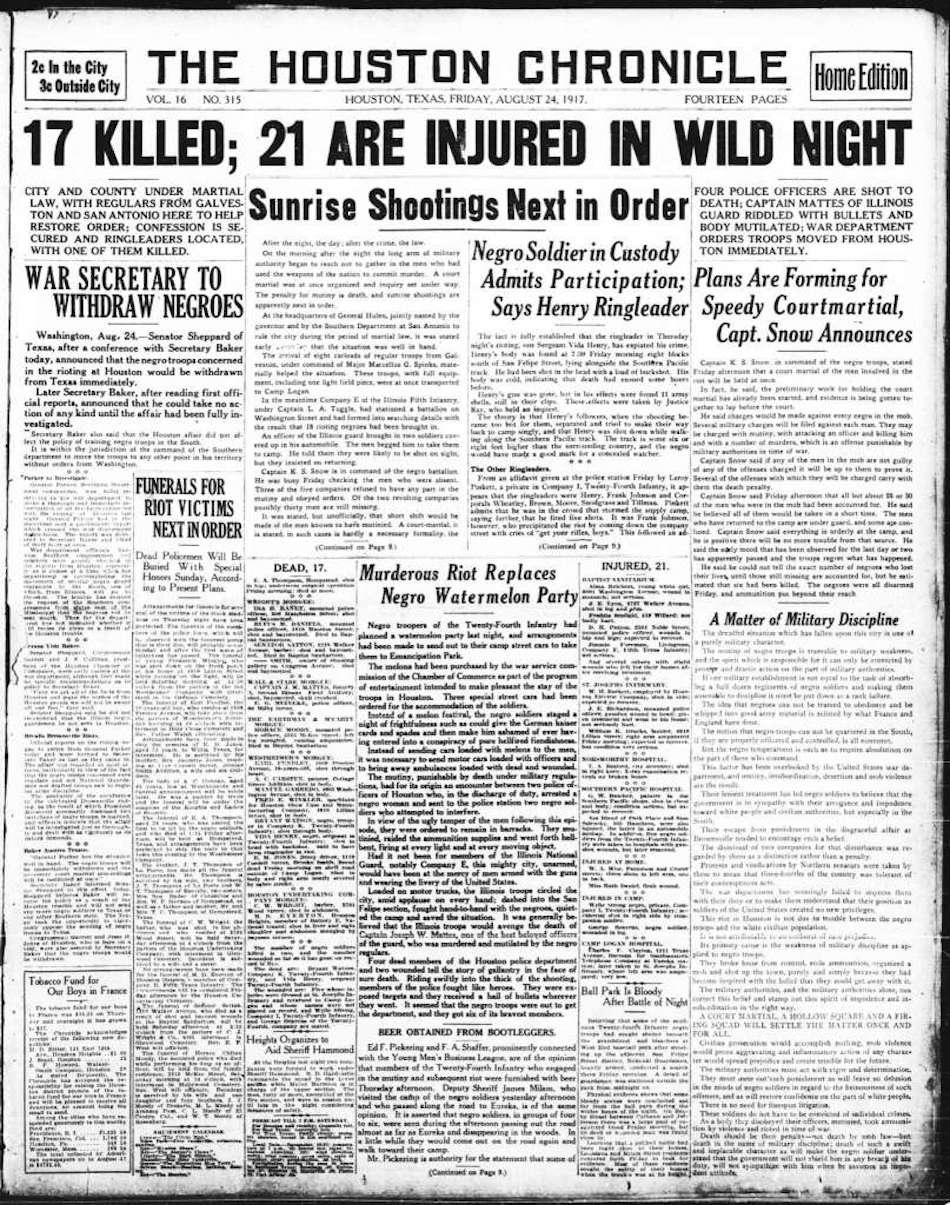 Beneath the paint, the words read: “The Black Soldiers’ August 23, 1917, armed revolt in response to Houston’s Jim Crow Laws and police harassment resulted in the camps most publicized incident, the ‘Houston Mutiny and Riot of 1917.’ ” The Houston riot grew out of a confrontation between the soldiers and Houston city police, at the end of which sixteen white people were dead, including five policemen, with four soldiers also killed. It was one of the only riots in U.S. history in which more white people died than black people. 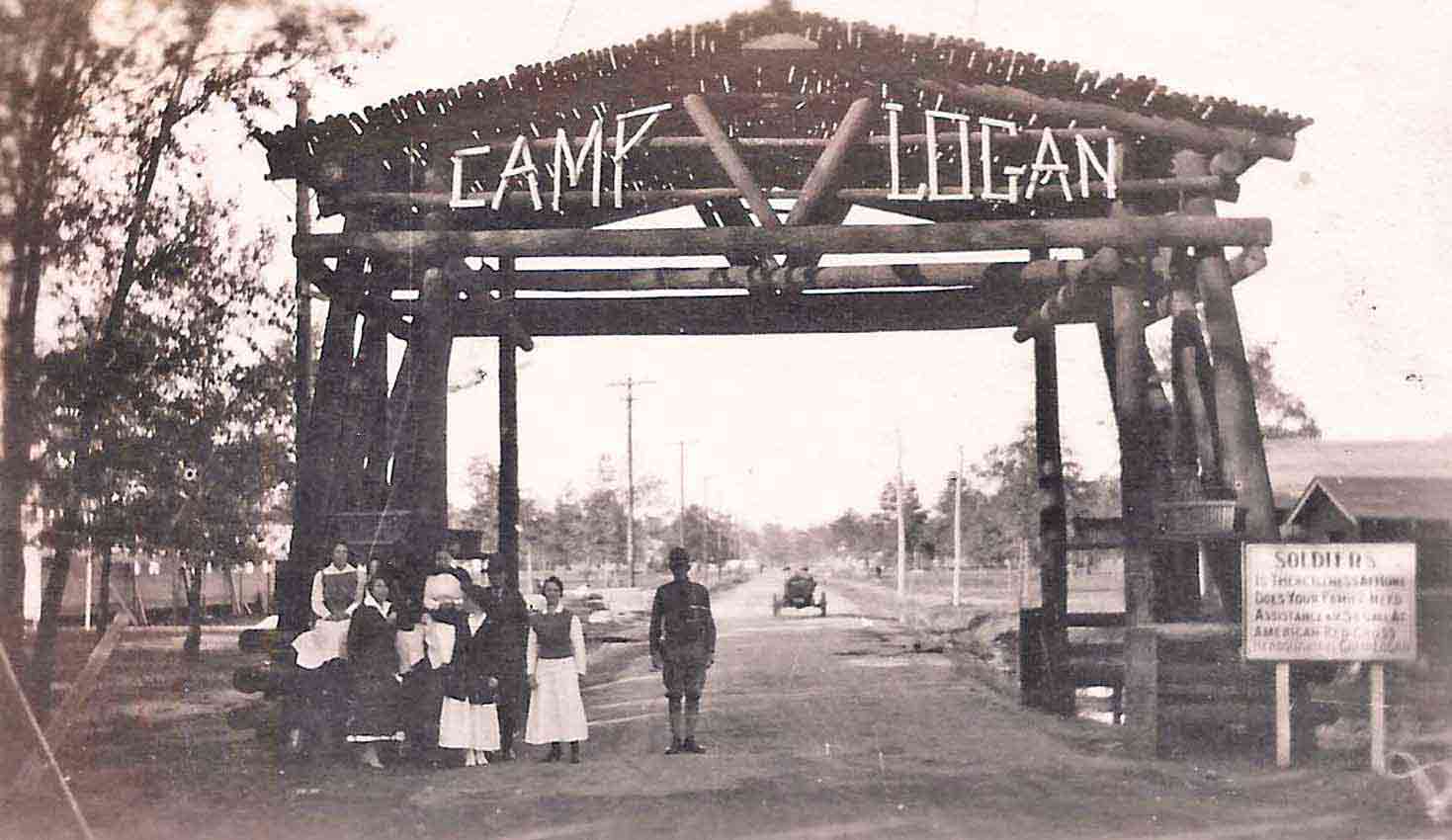 At the resulting three courts martial, the first of which was the largest one in U.S. military history, a total of 118 enlisted black soldiers were indicted, with 110 found guilty. Nineteen black men were executed by hanging and fifty-three received life sentences. 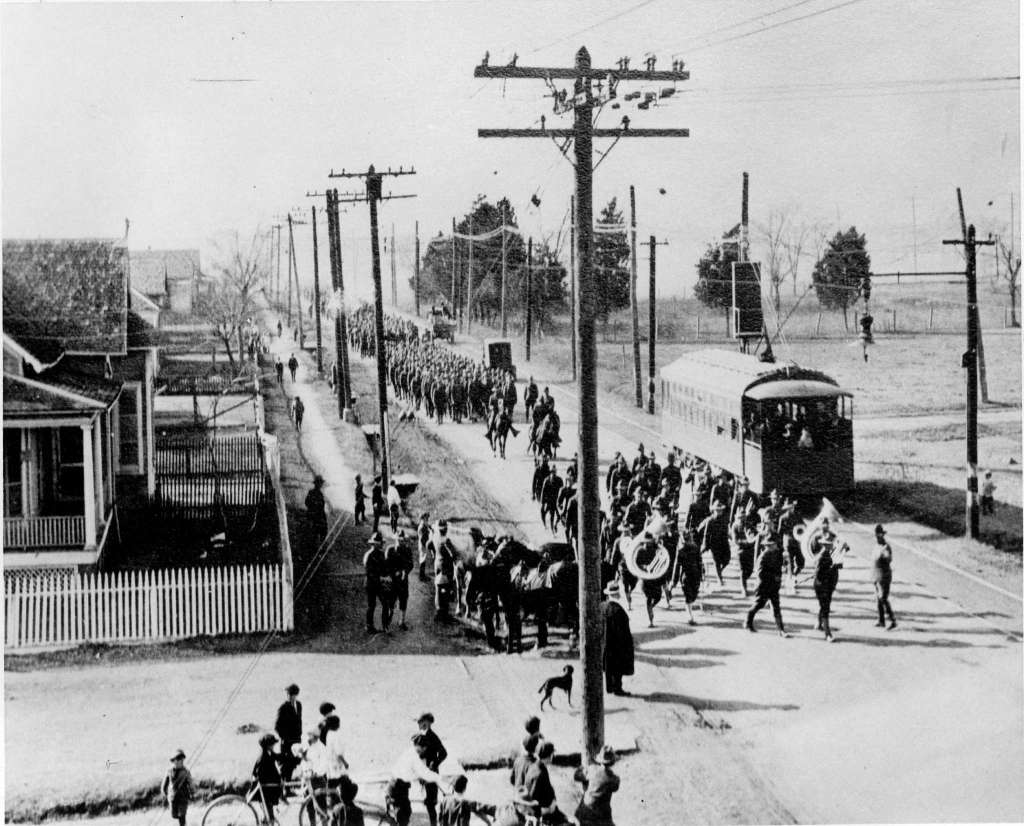