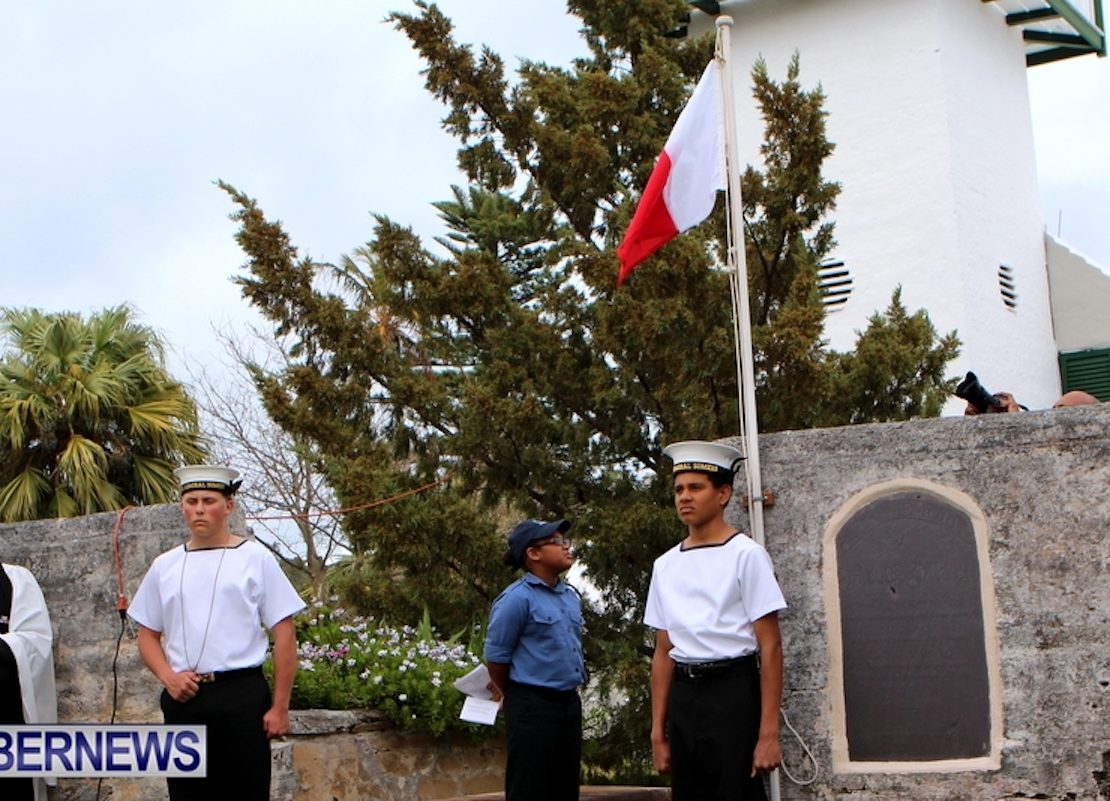 As a free man of colour, he challenged laws that imposed new restrictions on free blacks and slaves, and also petitioned against proposals that would have led to a drop in income for King’s pilots.

That same year, the British government purchased 41 acres of land at Ireland Island to establish a base that would become HM Dockyard. In preparation for the construction of the Dockyard, British surveyor Lt. Thomas Hurd was sent to Bermuda to carry out the first comprehensive marine survey of the island.

James Darrell, Jacob Pitcarn and Tom Bean were among the slaves who assisted Hurd with his survey. It is likely they were chosen for their skill as pilots and extensive knowledge of the island’s bays, inlets and coastline because piloting was an occupation that blacks dominated from Bermuda’s earliest days.

While carrying out his survey, Hurd marked several channels at the east end of the island to allow naval ships to navigate the treacherous reefs and enter protected anchorages without incident. That was a departure from previous access points—usually ships entered Bermuda from the west end or the south shore into Castle Harbour.

It was a feat requiring great skill and Darrell came through with flying colours. He impressed everyone from onlookers to Murray, who wrote Governor James Craufurd the same day, showering Darrell with praise.

Murray described Darrell as having “great merit for his ability and steadfastedness”. He recommended that the government purchase Darrell’s freedom as an example to others who might also be inspired to become King’s pilots.

Darrell, along with Jacob Pitcarn and another slave, were appointed the first King’s pilots in 1795. Their main responsibility was to pilot British naval ships through the reefs.

Murray’s recommendation that Darrell be freed was approved by the Governor’s Council on December 1, 1795. The Governor paid Joseph Laborn 150 pounds for Darrell, who was officially granted his freedom on March 1, 1796.

The manumission paper that freed him from bondage described “a certain Negro man, commonly called or known by the name of Jemmy Darrell, aged forty seven Years or thereabouts of a smooth skin and yellowish Complexion and Five feet eight inches high…”

The change in status brought Darrell some benefits, but not total freedom. He could pocket his earnings, but could not serve on a jury or give testimony in court. In addition, the social climate for free blacks had worsened as a result the 1791 Haitian Revolution, which had struck fear in the hearts of slave owners everywhere. Free blacks were targeted because they were believed to be the ringleaders of slave uprisings.

Fears had not eased by 1806 when Bermuda’s legislators introduced new laws. Two were aimed at discouraging free blacks as well as slaves from learning a trade because legislators felt too many blacks and insufficient numbers of whites were practising as tradesmen.

A third law made it illegal for free blacks to purchase property and to will it to their heirs. It also required blacks who were freed when they were in the prime of their lives—those under the age of 40—to leave Bermuda within three months.

That act sought to reduce the island’s population of free blacks and to prevent those who remained in Bermuda from owning property.

Darrell—who had purchased an undeveloped piece of land in St. George’s on April 19, 1800—and fellow King’s pilot Jacob Pitcarn were quick to take action the same year the new acts were passed. Bypassing the Governor, they appealed directly to the British Navy headquarters in London in a petition for the right to keep the property they had acquired.

In their petition they pointed out that while people of colour comprised the majority of Bermuda’s population, only nine free persons of colour out of a total Negro population of 5,058 owned land more than 100 square feet.

They argued they would be forced to sell their property and “become wanderers, in some other parts of the World, where they may find refuge.”

Darrell and Pitcarn, along with other signatories, sent at least two more petitions to the Colonial Office in London between 1808 and 1811. The 1808 petition was signed by 22 signatories, who described themselves as free persons of colour.

While London said law seemed to be severe and recommended it be repealed, it remained on the books for seven years.

In December 1806, Darrell and Pitcarn also petitioned against new measures that would leave them with less income from their piloting. Both men had recently purchased a boat, with the expectation they would receive an allowance for boats and crew. The allowance was about to be eliminated. It is not known whether that petition was successful.

Despite these setbacks, Darrell’s status as a free man placed him among a thriving community. In 1806, 147 of the 717 blacks living in St. George’s were free persons—the largest free community on the island. They were attracted to the east end by employment opportunities created by the establishment of the British garrison in St. George’s in 1796.

Darrell also earned a good living as a King’s pilot, at least until the time of his 1806 petition against the prospect of pay cuts. He continued to elicit praise. A Lieutenant Evans cited his “great coolness and presence of mind” for navigating a frigate through North Channel. Darrell continued to earn his living as a pilot until poor eyesight forced him into retirement.

By the time of Darrell’s death at the age of 66 in 1815, the law that banned free blacks from against willing property to their heirs had expired. Darrell left his property to his wife Eusebia, son Thomas Cooper (Darrell), daughter Joanah and grandson James Darrell.

He was buried in the graveyard for free blacks and slaves in St. Peter’s Church, St. George’s. The inscription on his headstone, which ascribes to him such qualities as “usefulness” and “integrity”, indicates he was held in high esteem.

Pilot Darrell’s story of resilience, resistance and of triumph over great odds has resonated through the centuries. His property, located on Aunt Peggy’s Lane, remains in family hands. Romano Ramirez, a direct descendant, restored the house in 1992.

On April 12, 2007, the 192nd anniversary of Darrell’s death, Premier Dr. Ewart Brown presided over a day of celebration in St. George’s in his honour. A plaque at Darrell’s grave was restored as part of the celebration. A new tender for the sail training vessel Spirit of Bermuda now bears his name.

Many of the documents pertaining to Darrell’s life are housed in the Bermuda Archives, which mounted the exhibition ‘A Manifest Alteration’ in 2008. Further information about Darrell is being unearthed all the time. Darrell descendants live in Mexico, Tasmania, California, New York and New Zealand.

In November 2008, The Royal Gazette reported how New Zealander Bill Grant learned he was a Darrell descendant. He was able to close gaps in the Darrell family tree with the assistance of Bermuda descendants and genealogist Clara Hollis-Hallett.

According to research carried out by Hollis-Hallett, Darrell married twice and fathered a son, whose name is not known, by his first wife.

That son was the father of James Darell, Darrell’s grandson. Eusebia was the mother of Thomas Cooper (Darrell) and Joanah. Thomas Cooper fathered five children, and Joanah was childless. The Gazette also said deeds confirm that Darrell bought a property at 5 Aunt Peggy’s Lane and later purchased an adjacent plot of land.