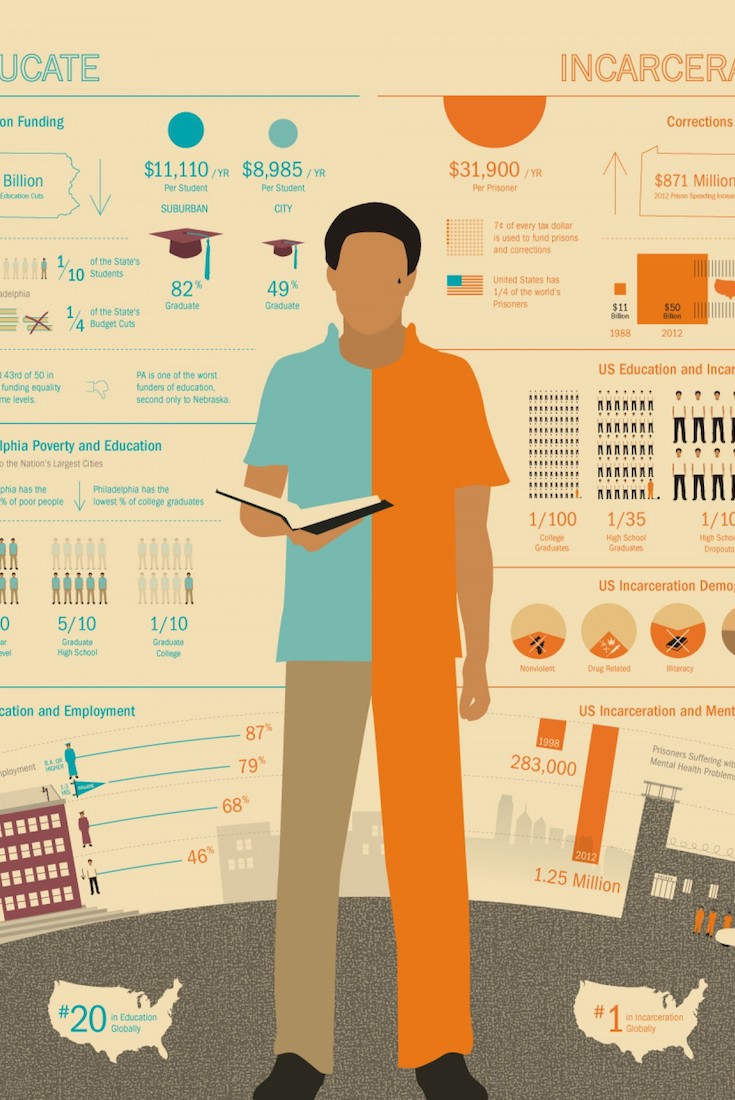 The rates of Black incarceration have dropped, while white and Latino rates of imprisonment are on the increase.

The Sentencing Project reported that in the first decade of the 21st century, while the U.S. prison population increased overall, a shift was taking place, specifically a significantly lower growth rate. Between 1972 and 2010, America witnessed a 500 percent increase in its jail and prison population, with state prisons experiencing a 12 percent annual increase during their highest growth years in the 1980s. However, between 2000 and 2010, prison growth cooled down substantially, as state prison populations rose an average of 1.1 percent each year, and federal prisons 3.3 percent on average, compared to a rise of 5.6 percent and 8.6 percent, respectively, in the 1990s.

Founded in 1986, The Sentencing Project works for a fair and effective U.S. criminal justice system by promoting reforms in sentencing policy, addressing unjust racial disparities and practices, and advocating for alternatives to incarceration.
Website